Jingle bells, 2021 farewells, Holidays are on the way…

Cookies are crispy, get ready for some whisky, we’ve got some BBC Christmas Specials all the way…

The new month is upon us – the month of festivals, to be specific – and many of us have already taken our Christmas lights out… I bet you must have too… But you know what? A festive season doesn’t only bring lights, ornaments, presents, unwarranted guests, and food, but it also brings some spectacular festive-focused streaming releases. That’s right!

The BBC has got a treasure of festive sparkle and yuletide entertainment for its viewers over the holiday season. From a massive collection of latest shows and specials to merry classics, there’s something for everyone’s liking on the BBC iPlayer this Christmas. To our surprise, this amount of titles is the most the streaming service has ever had since its launch back in 2007.

Unfortunately, since BBC iPlayer is geo-restricted in Canada, the only way to access BBC iPlayer in Canada is to connect through a Virtual Private Network (VPN). The tool works like a magic wand, turning your actual location to the UK so you can stream UK-based content from the comforts of your couch in Canada.

But trying to pick the right movie to watch is somewhat more contentious, even within families, so we’ve decided to shortlist the best BBC Christmas Specials for you to watch with your family and friends this holiday. This amazing line-up is available live or on-demand on BBC iPlayer across a wide range of box sets. Once you’re connected to a VPN, you can stream these BBC Christmas TV Specials without any BBC iPlayer not working error. So, without further ado, let’s get into it! 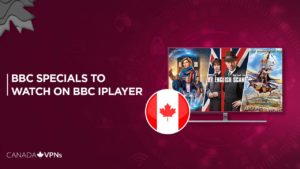 Brace yourself for a streaming-loaded festive season this year! As BBC has unveiled its greatest BBC Christmas Special lined up for December 2021. And after a weird couple of years, we have had, it’s comforting to know our favorite Christmas TV lineup shows including, Shaun the Sheep, Call the Midwife and Strictly Come Dancing are back with some great new specials.

Charlotte Moore, BBC’s Chief Content officer says, “Christmas 2021 is a time to reunite with friends and family once more, and this year’s line-up of must-see shows will bring everyone together to share the festive season on the BBC. There’s a stocking full of special programs to enthrall and enchant featuring your favorite stars and characters, whatever your mood. The BBC is the place to be entertained this Christmas and New Year.”

Here’s the complete list of all the best Christmas specials coming to your BBC Box this year:

This eight-part series is an adaption of Jules Verner’s novel of the same name, starring David Tennant as the intrepid explorer Phileas Fogg, who sets out on a quest to travel around the world and return home in a span of 80 days. 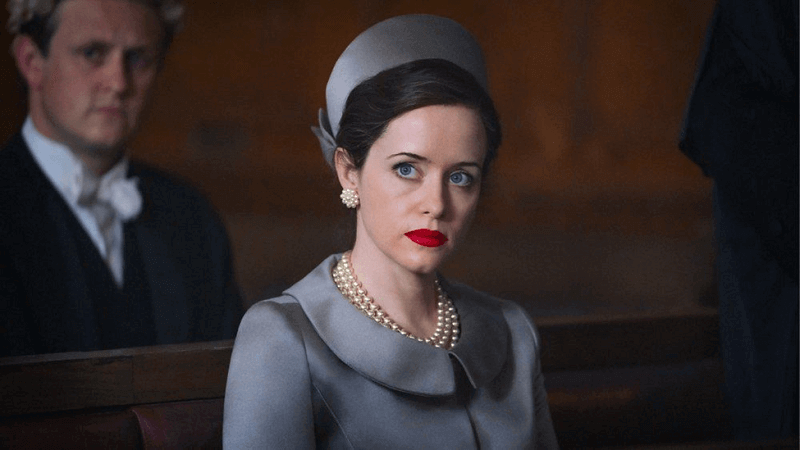 Written by Sarah Phelps, a Very British Scandal focuses on the tumultuous divorce of the Duke and Duchess of Argyll and the media turmoil that surrounds it. It is one of the highlights of a Christmas special TV schedule BBC revealed this month. 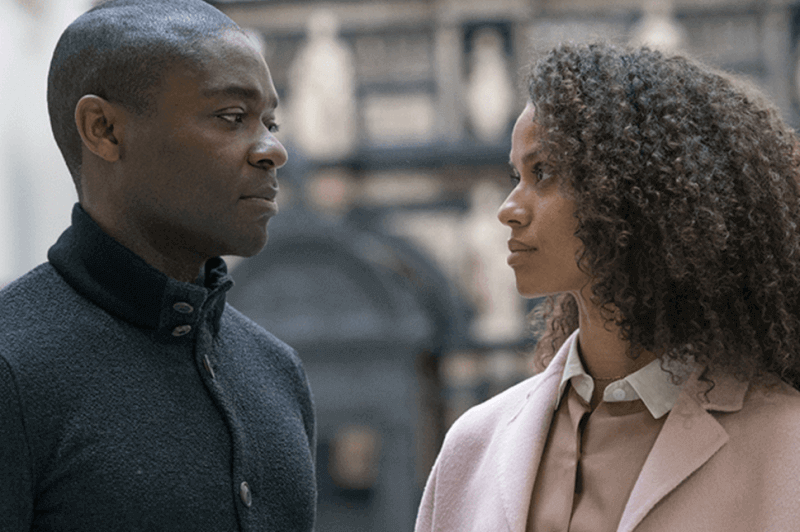 This forthcoming four-part television drama is an adaptation of JP Delaney’s novel of the same name. The series tells the story of Jane (played by Gugu-Mbatha-Raw), who’s questioning whether living in a fancy building with restrictive rules is worth the price – after discovering mysterious events that took place in the building prior to her arrival.

The hugely popular sci-fi series has a festive special coming our way, starring Jodie Whittaker. The first three Christmas editions will mark the end of Jodie’s character on New Year’s Day. It will be followed by another special scheduled in the spring before Jodie’s final episode broadcasts in autumn 2022.

Jamie Dornan plays a British man who finds himself followed by the vast tank truck trying to drive him off the road. The epic chase unfolds and the man later wakes up in the hospital, alive somehow, except with no memory of his identity and whereabouts. With heartless people from his past keep pursuing him, the Man sets out on a quest to search for answers.

6. Death in Paradise the Christmas Special 2021 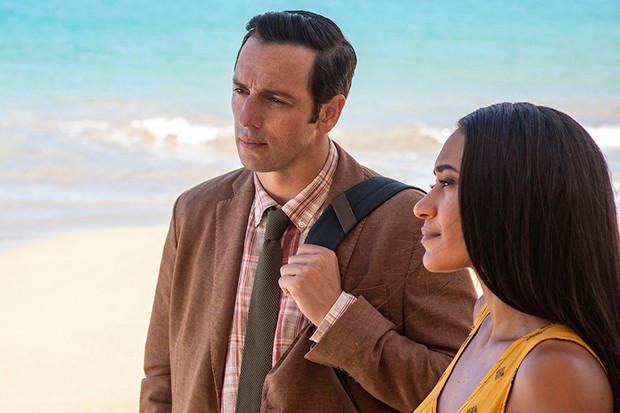 BBC’s hugely popular show brings its first-ever Death In Paradise  Christmas episode with Officer Dwayne Myers (Danny John-rules) making a surprise return. The BBC teases that it continues “from a grey damp drizzly London all the way to the warm sparkling beauty of idyllic Saint Marie.”

7. Attenborough and the Mammoth Graveyard

Attenborough and the Mammoth Graveyard follows Attenborough as he explores a gravel quarry in the United Kingdom to discover how the ancient animals died and whether the Neanderthals hunted them during the Ice Age. The 1×60’ documentary is produced by Windfalls. It was commissioned by Patrick Holland, Director, Factual, Arts and Classical Music Television along with Jack Bootle, head of Commissioning Science and Natural History.

8. Shaun the Sheep: The Flight Before Christmas

Shaun’s festive excitement turns to disappointment when a farmhouse raid to get massive stockings for the Flock unintentionally results in Timmy going missing.

This multi-award-winning animated drama has come to BBC One this Christmas for a new 30-minutes special featuring Shaun, Timmy and the Flock, along with some new characters. 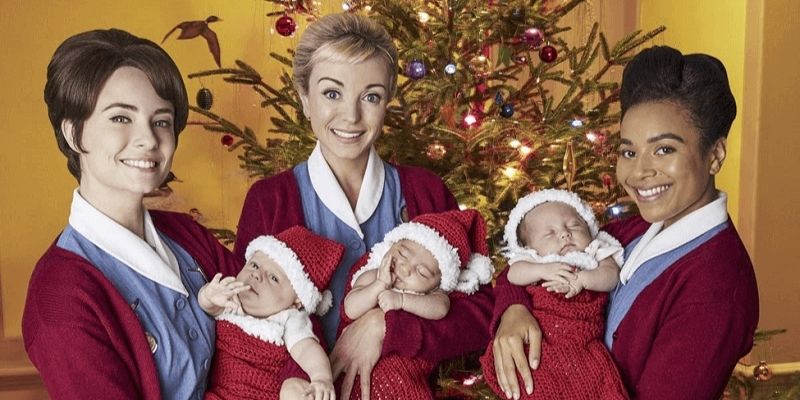 The 11th installment of the popular BBC series begins with a Christmas special set in December 1966, as Lucille and Cyril prepare for their upcoming winter wedding. The Nonnatus home goes through its busiest Christmas day ever as the Maternity home is flooded with loads of pregnant women, each with their own set of problems. Fortunately mother Mildred is there to support the team. 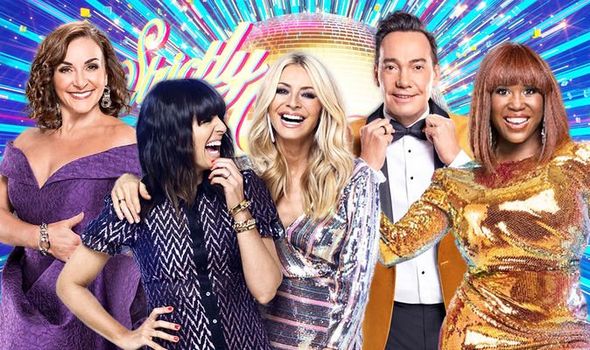 Strictly Come Dancing is a popular British TV reality show in which celebrities paired with professional dancers compete mainly in ballroom and Latin dance. The reality show has prepared a special episode on Christmas Day, which will see some Strictly legends from the past years in the ballroom. Who will be this year’s Christmas champion? Tune in to BBC One on BBC iPlayer to find out. 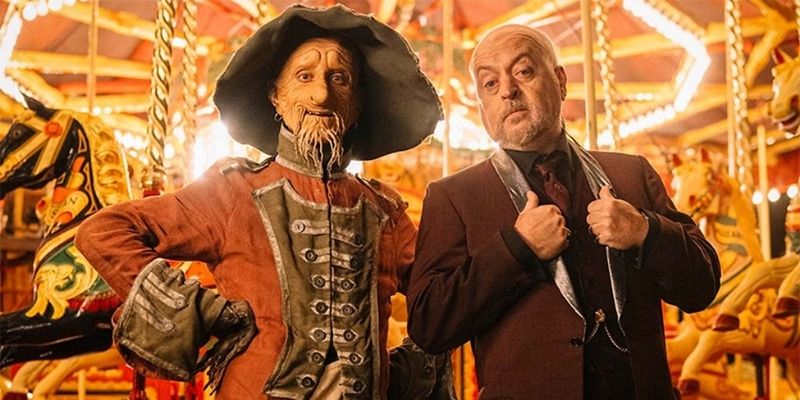 The enchanting modern adaption of classic family favorite Worzel Gummidge is one of the highlights of BBC Christmas special 2021 . Produced by Georgie Fallon, with Mackenzie Crook directing and starring in the two brand new one-hour films based on the classic books by Barabara Euphan Todd. 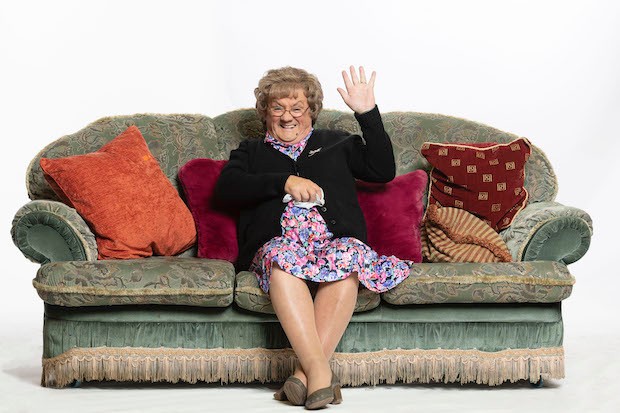 Based on the popular theatre show and book series, Mrs. Brown’s Boys has two special episodes scheduled for this Christmas. One will be released on Christmas while the one will be broadcasted on BBC One on New Year’s Day.

Christmas has arrived in Finglas with Agnes being in charge of the church choir. But father McBride has strictly instructed her that there would be no singing and dancing this year. And with the Christmas tree shortage, Buster has to look for other creative means to impress Agnes. 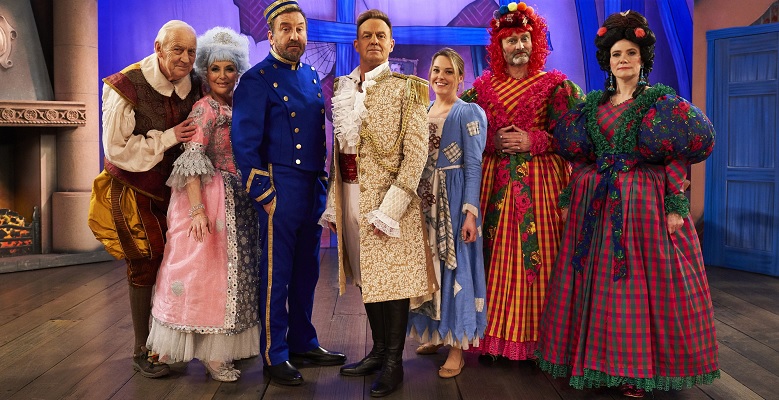 Not Going Out will return to BBC One this Christmas with a trip to the Panto. It’s Christmas day and Lee is upset about the fact that Lucy has booked tickets to the Pantomime. Produced by Avalon and directed by Nick Wood, this popular British sitcom is set to return with spectacular BBC specials on this festive season.

So, here we go, our spectacular list of BBC Christmas Specials is ready to lighten up your holiday spirit this year. So, when the night draws in, and you settle down in front of the TV with popcorn in one hand and the wine glass in another, you will know what Christmas tv shows to stream next…

If you have something to add to the list, feel free to drop them in the comment section below.