Best Movies on Sling TV to Watch Right Now in 2022

Sling TV has been around for longer than you might know and has managed to pull the rights to bring you most if not all of your favorite shows if you are cutting your cord. The subscription plans match the value as you get endless top entertainment. With most of the best movies on Sling TV, the catalog drives across any genre in the entertainment franchise.

But Sling TV is only available in the USA and to access it in Canada you need to rely on a VPN service. To get Sling TV in Canada, change your Canadian IP address to the USA with the help of a VPN and enjoy the best Movies on Sling TV without the hustle.
But what are some of the best movies on Sling TV that you can binge-watch; 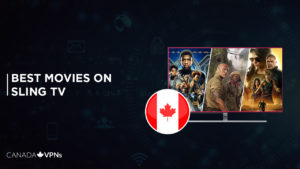 With Sling TV giving you access to over 45 channels, you can watch the best titles and on-demand movies and record films to watch later. With our updated Sling TV movies list 2022, you get the best movies on Sling TV that you might have missed.

Roadrunner: A Film About Anthony Bourdain (2021) 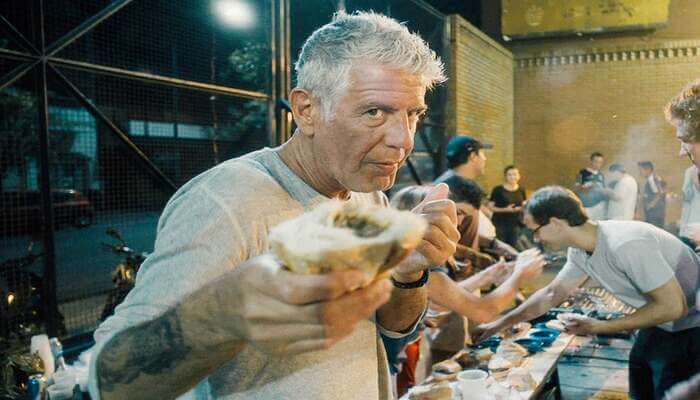 The renowned chef from the late ’90s, Anthony Bourdain, is documented in this film. His life and success as a great chef are covered and incorporate interviews held by journalists with him and what they had to say about him.

The highlight is his personality and how he’d follow up by sharing a recipe after serving you the best meal of your life. The journalists also avoid spotlighting his unfortunate death by elevating his achievements. The film will leave you inspired and in love with cooking. 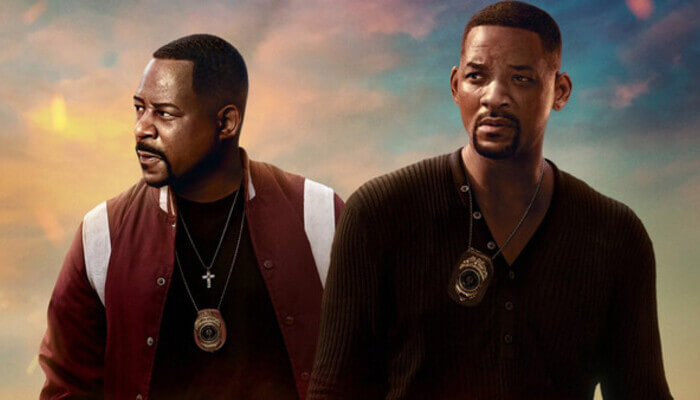 Miami hosted a film that is still one of the best Movies on Sling TV in 2022. The action and comedy in this film featuring two mid-aged detectives and best friends will have you watching it repeatedly. Mike and Marcus are in a fix to face off a pair of drug lords destroying Miami and seeking revenge on Mike.

With their lives on the line and their past mistakes haunting them, they have to balance and be there for each other as they confront this new threat. 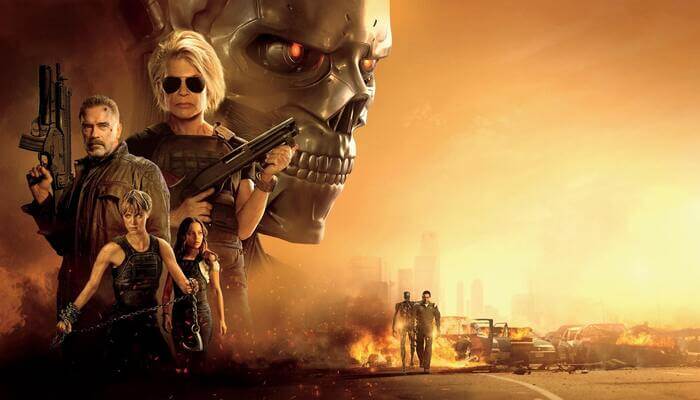 Following events from the previous sequel, Dani Ramos is being pursued by an indestructible terminator named REV-9. After havoc and multiple near-death experiences, Grace, an enhanced human from the future, is up for the job to protect her.

With the terminator seeming more difficult to handle, Sarah Connor, from the previous sequel, joins in the fight. Finally, they manage to flee and convince T-800, the only one who can stand a chance against REV-9, to join them. The group creates one of the best Sling TV movies you will witness. 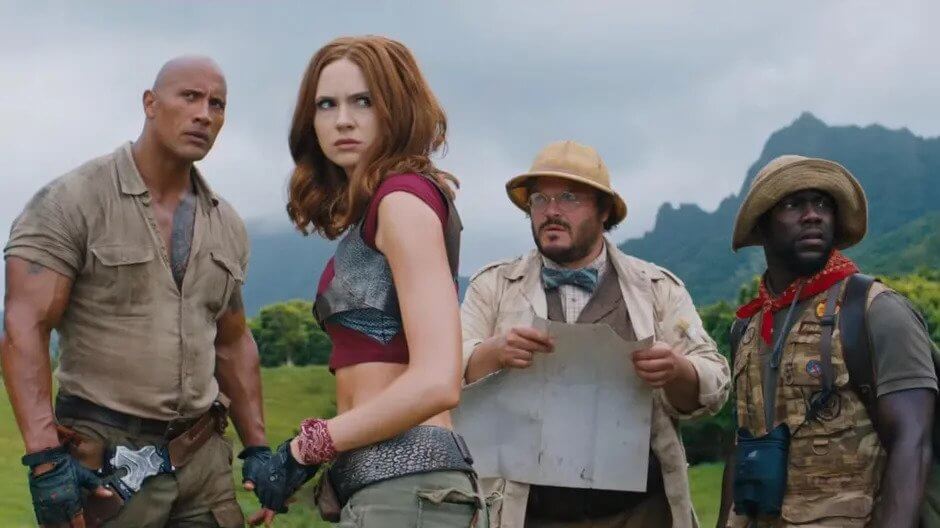 With the mystical realm having unpredictably unlimited abilities, the quartet from the first sequel finds themselves ultimate to go back in the game with two more guests. This realm is more challenging, and rather than just human forms, this time, they get other alter-ego forms that spice up the film. 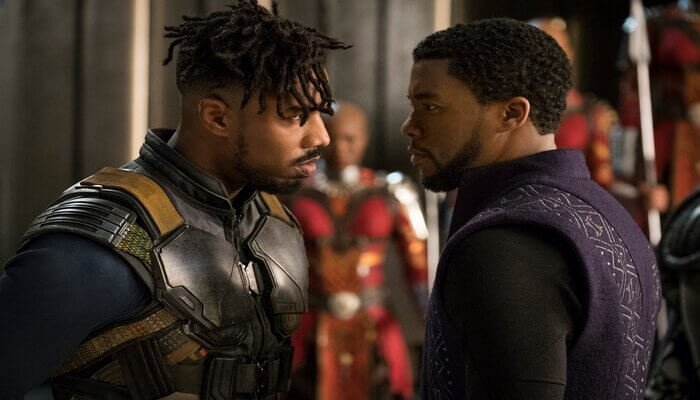 After the cruel assassination of his father in the states, T’Challa returns home to take up his rightful throne as King of Wakanda. But unfortunately, soon after his reign begins, he is faced with a rival, his cousin Killmonger, who treacherously beats him in a duel leaving him for dead, or so he thought.

The new imposter king is on a scheme to smuggle sacred heritage to cartels globally, and no one has the wits to stop him. T’Challa survives and returns stronger to finish what was started. He is the only hope of saving his kingdom. 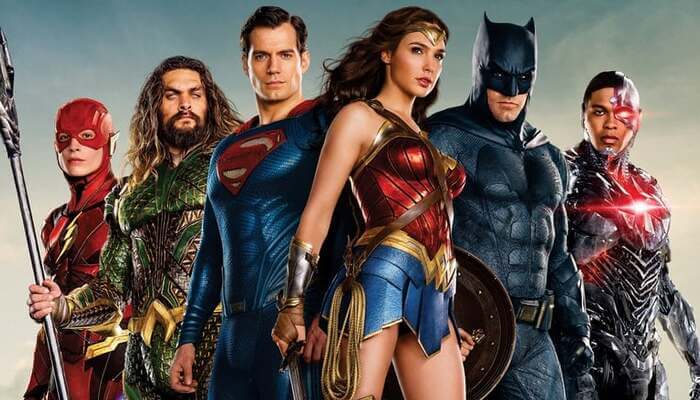 Bruce Wayne embarks on a mission to save the interests of humanity, in which his faith has been restored after Superman’s selfless act. To succeed in the plan, he has to assemble an indestructible team, including bringing back Superman from the dead.

The evil Steppenwolf and his demons wage the earth, and the armies are out to cause havoc. The elite justice league team of Batman, Wonder Woman, Aquaman, Cyborg, The Flash, and now Superman has a hard task ahead of them, and they step up accordingly. 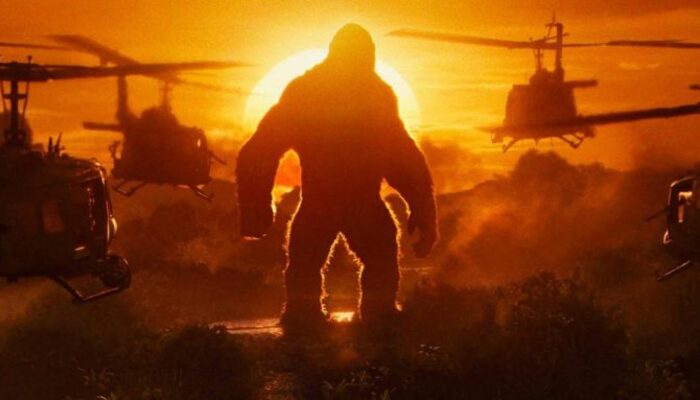 Out of all the Sling movies, Kong: Skull Island is the best fictional yet breathtaking expedition film. An obsessed monster hunter convinces the government to fund an expedition to an uncharted Pacific Island where he believes there is a monster they should apprehend.

They stage the mission as a research trip and head on armed to face the King of the Island. But unfortunately, the unusual botany of the island is unusual, and the island turns it back on them. So now they have to fight for their survival and each other. 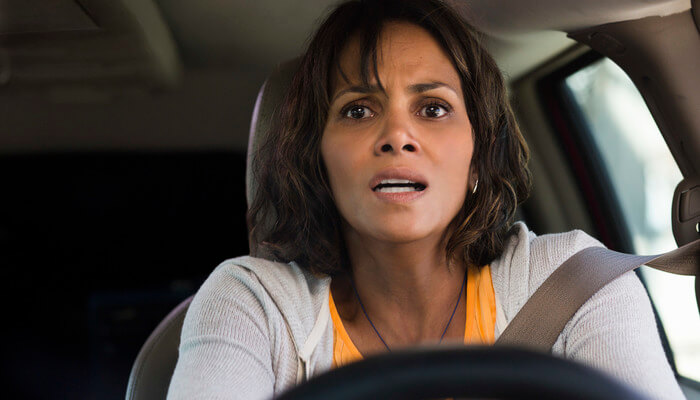 The extent to which a loving mother would go for her kids is beyond imagination, and this film showcases a spirited story. A single mother battling divorce leaves her kid unattended for a moment and finds his toy recorder on returning to their spot.

Pacing up, she glimpses towards where the kidnappers are and then puts up a spirited speed chase to recover her son. The pursuit lasts till nightfall, and she is miles away from her home. Unfortunately, events do not favor her for the better part of the day as she suffers injuries trying to save her son’s life. 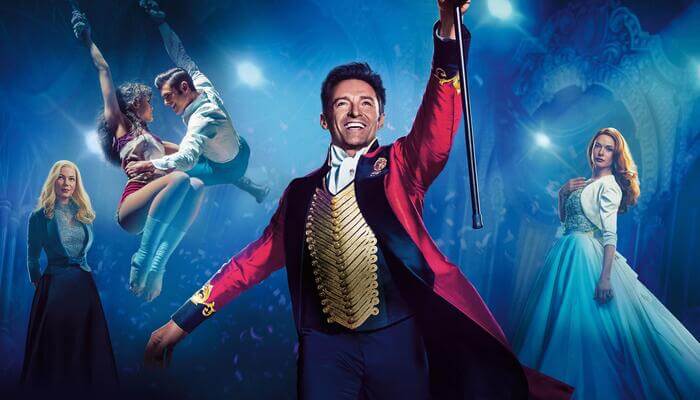 A man that longs for a bright future, unlike his dull childhood, is what makes up the greatest showman, Taylor Barnum. He is optimistic about his future yet hungry for success. His love life is well accounted for, and he raises a lovely family.

With a wax museum past startup, he embarks on an acting journey, and the circus is his next big place. First, he leads a team in performing The Greatest Show, after which he faces a great decision between his family and his desire to be accepted. 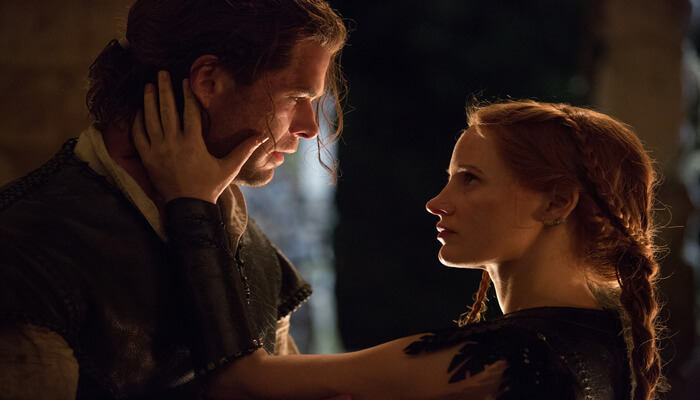 After being betrayed by her lover, Ice-witch Freya bans love as a sin in her kingdom. Her frozen heart creates a monster out of her, and she embarks on raising an army in her northern kingdom. Things are ice-cold until a pair dares to defy the evil queen’s law as they fall in love.

Now they have to face the queen’s wrath that has grown stronger with time to uncontrollable heights. Is there a way to save her with her powers taking control over her? 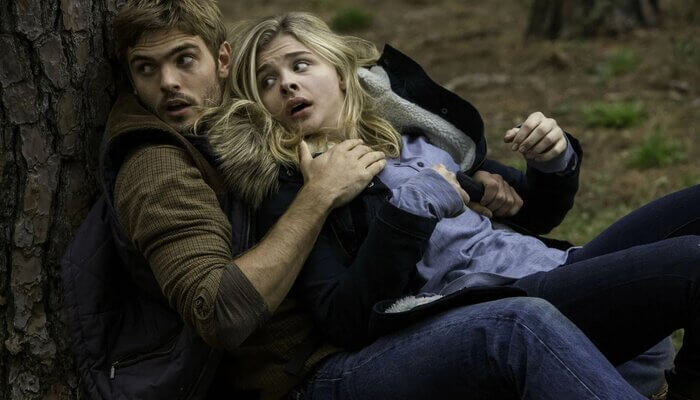 When an alien invasion tests the bond between two siblings, Cassie goes to extremes as she tries to save her younger brother. Aliens had separated them in a transfer from a refugee camp to a military base where they were to be trained to fight the enemy.

As the aliens annihilate the earth’s form, Cassie discovers that the aliens can take up human forms and have impersonated most of the soldiers. She escapes and embarks on a mission to save her brother. But will she make it alive?

Still one of the best movies on Sling TV, the Boy is a horror movie involving Heelshire’s unusual baby. Greta is hired as a nanny to look after the baby, who resembles a doll. The couple is out on vacation and leaves strict rules that Greta must follow while looking after their son.

Greta ignores and takes up her routine, which causes sinister experiences in the house. She is convinced that the baby haunts the house. Will she survive the horrors of the boy?

Monsters could get trapped in the most unusual places, and in this setting, they are in the Goosebumps series of books. A teen’s father is a famous author, and it turns out he is a prisoner of the monsters in his imagination.

New in the author’s neighborhood, Zach befriends his daughter, and soon they make this horrifying discovery. The monsters are set loose, and now they have to be drawn back to the books for the city to be safe. Goosebumps is among the best movies on Sling TV

There are many other cord-cutting alternatives if you are a movie fan. Similar to Netflix, you can also stream Disney Plus or US HBO Max in Canada. Sling TV is also an affordable option for users with live tv and an on-demand library.

If you’re done watching these Sling tv movies, check out our list of best Sling TV shows. However, since these above titles will not be available in Canada directly, you need to use a reliable streaming VPN to unblock them.

The list has the best movies on Sling TV, which provide a great starter pack for new viewers to Sling TV. For those already plugged into Sling, these are some of the best options for movies to watch rather than being stranded deciding what to watch.