Searching for the Best Shows on ITV? you have come to the right place!

ITV is a free-to-air TV in the UK. It was launched so that it could bring competition to BBC TV, and the reason it was launched Independently. The good thing about ITV is that you don’t have to spend a dollar to watch it in the UK, for it is free.

So, if you reside in the UK, you will enjoy a vast library filled with great TV shows and movies. Some of the movies available on ITV include The Tower, Deep Water, and Professor T.

When it comes to TV shows, it doesn’t disappoint because you will watch the best shows on ITV UK for free. All they ask you for is for your time to register and set up your free account.

Note: If you are living in Canada, you won’t be able to access ITV with your Canadian IP address due to restrictions. You need to use a VPN to access the platform outside the UK. This way you will be able to watch shows on ITV in Canada.

ITV is just like TV but better Here, you can watch the best shows on ITV channels, including ITV, ITV2, ITVBe, ITV3, and ITV4. The channels consist of great shows making sure you are not running out of content.

ITV showed they mean business by launching a streaming platform called ITVX with premium tiers and free ones. Launching it meant that they were ready to take on the big streaming companies like Disney and Netflix.

ITV  deciding to launch a new streaming platform means only one thing they have a large library of content.  So, finding the best show to watch can be challenging, but that’s what we are here for, to share with you the 20 best shows on ITV HUB that you should watch in 2022.  Below are the best shows worth watching. 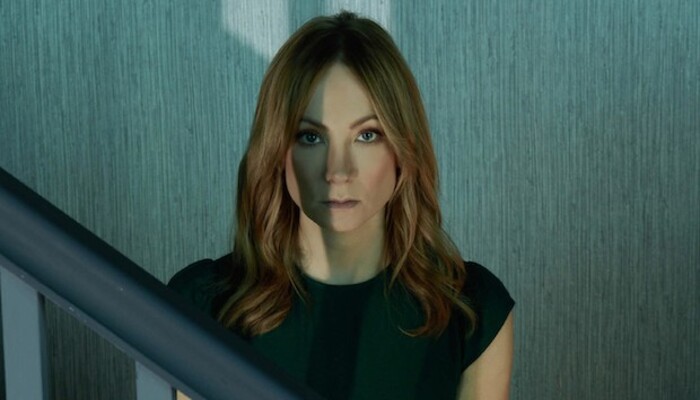 Any lady would love to start a family with a hardworking man, and that’s what Angela Black (Angela Black) is experiencing in her marriage. They live in a beautiful suburban London together with their two sons and her hard-working husband.

On paper, it looks like a perfect family, isn’t it? But that’s far from it. Angela is hiding a sad truth; her husband abuses her daily. Angela doesn’t have freedom in her home as her husband is also controlling. And can’t leave him.

Angela is then approached by a private investigator who tells her the truth about her husband. How well did Angela know her husband?

Angela Black is among the best ITV Dramas that are worth your time. 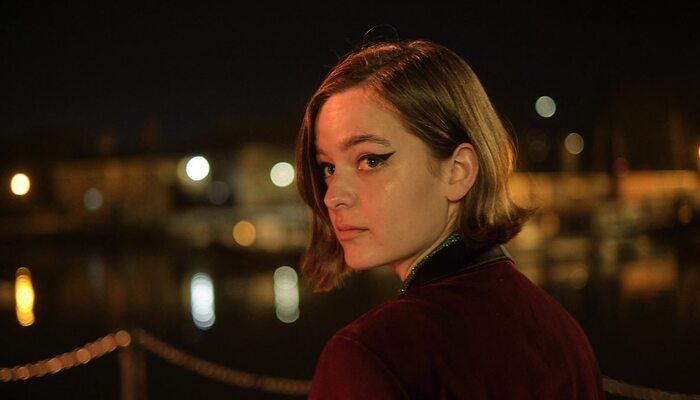 Showtrial is one of the best shows on ITV, and if you are a fan of crime, drama, and thriller, then this show is a must-watch. Its storyline is based around a murder investigation and not just any murder; it’s a murder that gets the attention of the whole world’s media. And not forgetting the public as well.

Defending the suspect is a lawyer that has just left the legal system, Cleo Roberts (Tracy Ifeachor). But, she decides to take the case, which takes her back to the spotlight.

But will this prove to be the hardest case she has ever taken?

Showtrial is among the best shows on ITV HUB in 2022. 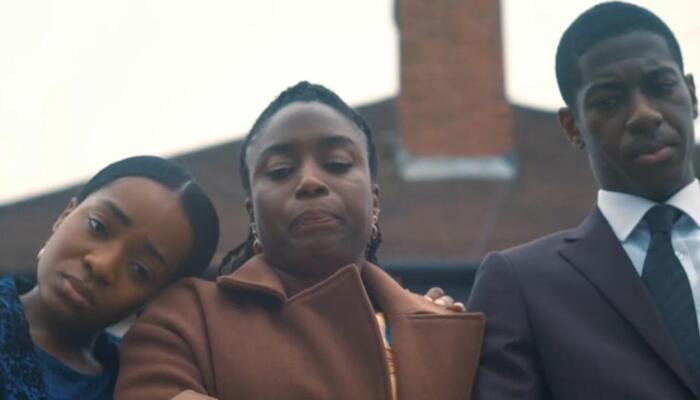 After 18 years of struggle looking for justice, Doreen and Neville Lawrence don’t look like giving up. And their fight looks like it wasn’t all for nothing as detective Clive Driscoll, working closely with the family, has managed to put together evidence that opens cases for two gang members who murdered Stephen.

Stephen is one of the best ITV mini-series. 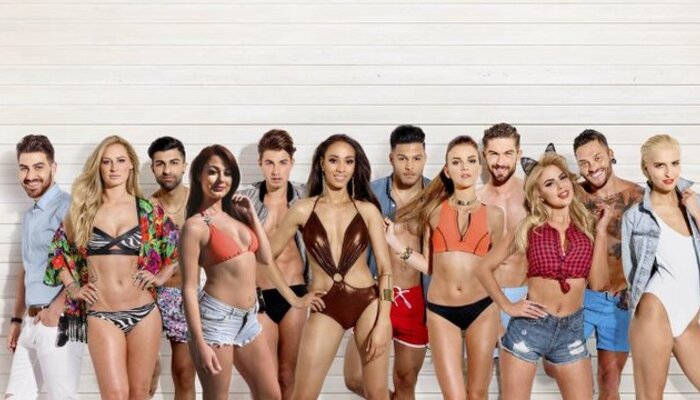 Where would you go to find love? Love Island is the destination of many women who are looking for love. Here they complete tasks of which the loser gets voted out. It’s a show filled with drama week by week.

Love island is one of those ITV shows that won’t disappoint. The show consists of drama and humor.  The fact that the show has good-looking people has played a big role in why the show is popular.

The good thing about Love Island is that the show summarizes how love between a man and a lady is. And how difficult it is when trying to bond with the opposite sex. Love Island is one of the best shows on ITV. 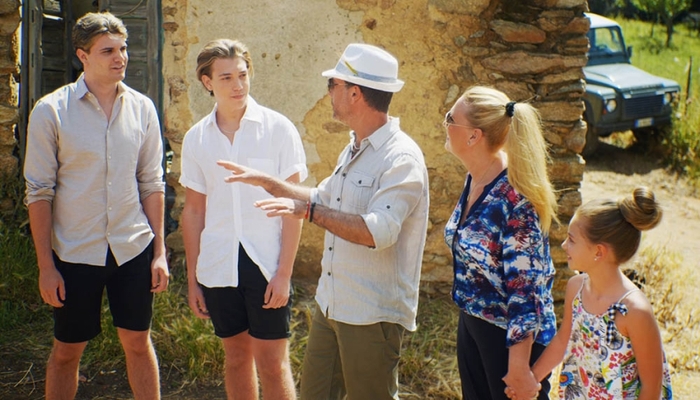 If you happen to be a lover of documentaries and haven’t watched Gino’s Italian Family Adventure, you have another best show on ITV that will keep you entertained.

Here, Gino D’Acampo decides to embark on an adventure without leaving his family behind. This adventure is personal to him, as he decided to surprise his family with a visit to where he grew up. While there, he also decides to share his passion for food. 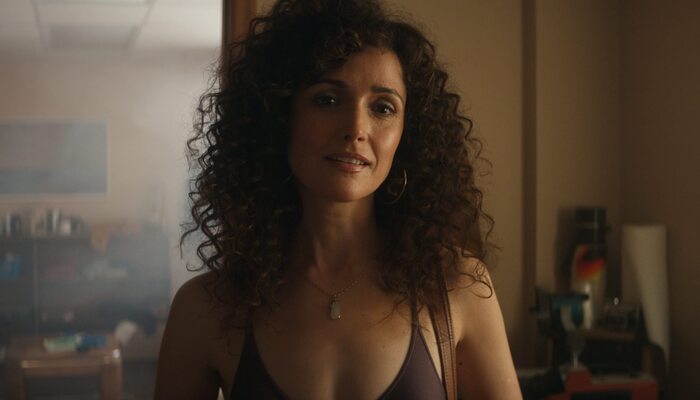 Meet an abused housewife whose only way to find freedom is through a path that no one would have guessed that of the art of aerobics. Physical is deemed to be a dark comedy show. You can watch Physical on ITV TV shows. 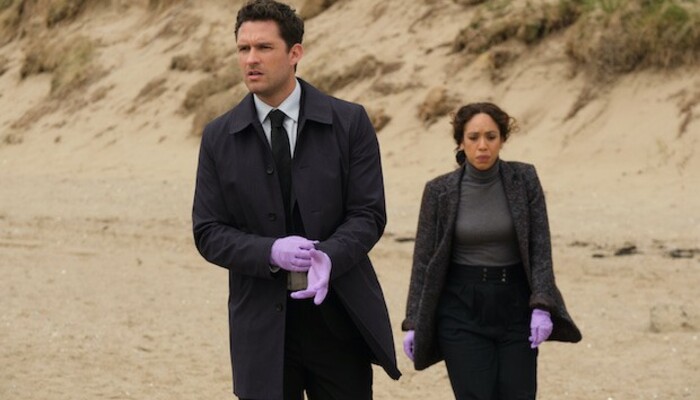 The long Call follows a detective Matthew Venn (Ben Aldridge), who decides to return to the community where he grew up. However, it’s not just a regular visit, as he’s going back to attend his father’s funeral. It’s not a place that he would have wanted to return to, especially because he never liked how the Evangelical community treated him as they were very strict.

At 19 years of age, he decided to abandon the community to go to university.

While there to attend his father’s funeral, a body is discovered in North Devon, and Matthew decides to take the case. It’s not an easy case as it has no witnesses. Will Matthew be able to investigate while still dealing with his father’s death?

The Long Call is one of the best ITV tv shows. 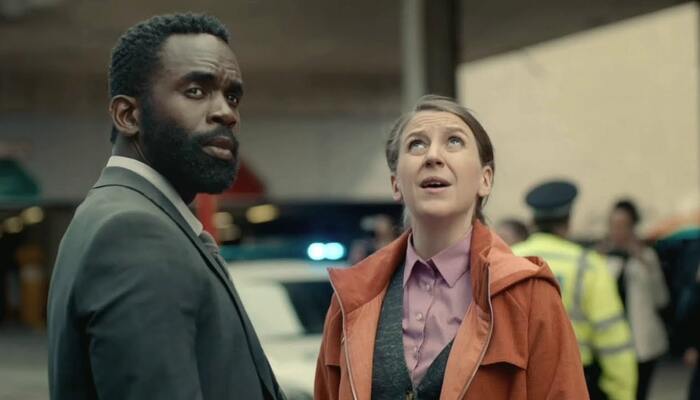 Things are not good in southeast London, as a cop and a teenage girl fall from a tower block. The only people who saw what happened were a five-year-old boy and a rookie police officer named Lizzie Griffiths. They were the only ones on the roof with them. Things take an unexpected twist as the two witnesses go missing.

Now, detective Sarah Collins has been tasked to investigate and must find Lizzie as they fear she might be in trouble and must uncover the truth about the deaths on the tower block.

The Tower is an interesting series, and the reason it is one of the best shows on ITV 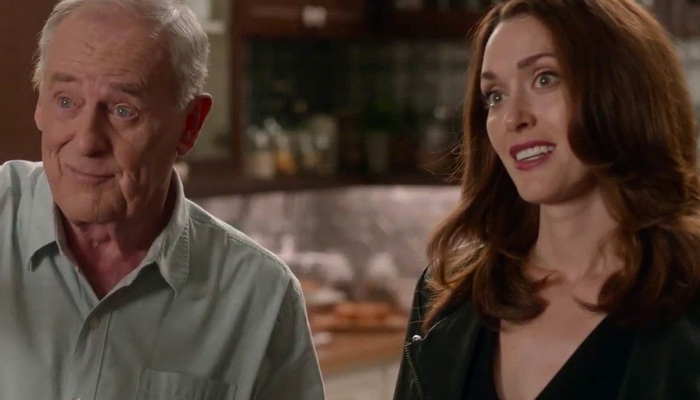 If you love magic, then this film is a must-watch. Here, Cassie Nightingale takes you on a magical experience together with her daughter. As new neighbors move in next door, Dr. Sam Radford, together with his son, are charmed by their witch neighbors. 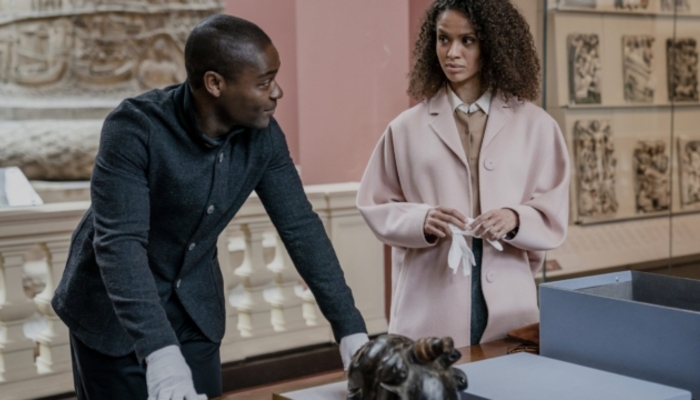 The girl Before is based around a lady named Jane (Gugu Mbatha-Raw), who gets a one-lifetime opportunity to live in an ultra-minimalist house. She can’t let this opportunity pass her by, so she decides to move in quickly.

Though, she gets a list of rules that she must follow. While there, she comes to learn that the previous tenant named Emma encountered a mysterious death in the same building. Now she has a lot of questions, like will she end up like the girl before?

The Girl Before is an entertaining ITV series and the reason you should watch it. 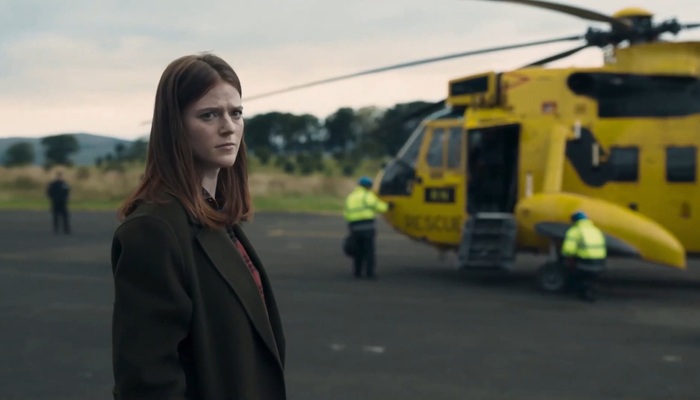 A crew member of a nuclear submarine HMS Vigil was found suffering from what looks like cardiac arrest, but unfortunately, he died from it.  An investigator is sent to the submarine to investigate the cause. Only for her to find out it was actually a murder. Is it connected with the disappearance of a Scottish trawler who disappeared a few days earlier? 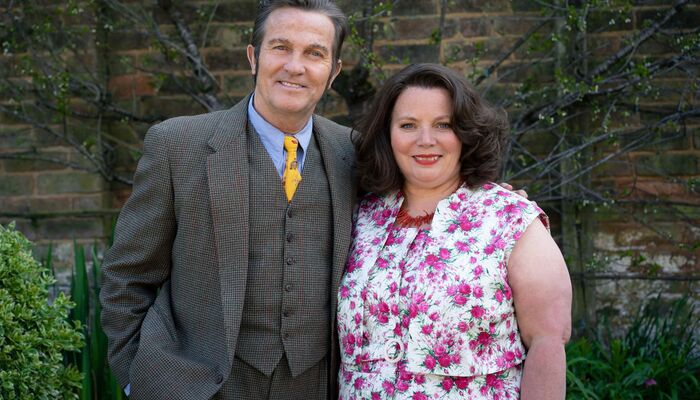 The Larkins is a classic show set in the 1950s, and it is based around a working-class family that is led by a warm-hearted Pop Larkin (Bradley Walsh) and his wife Ma (Joanna Scanlan). The how is among the best ITV series. 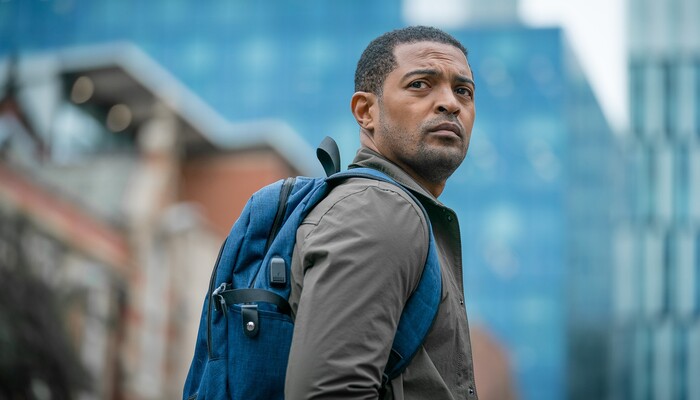 Viewpoint is one of the best ITV series, and it’s a star-studded series led by Noel Clarke. The series follows an investigation of tense police surveillance in Manchester.

Des is a drama miniseries on ITV. It is based on a serial killer arrested in 1983 known as Dennis Nilsen. He was arrested because human remains were found near his home after they blocked a drain.

Des is among the best shows on ITV. If you happen to be a fan of crime series, Des is a must-watch series.

The Trouble with Maggie Cole is a TV series written by Mark Brotherhood. The series stars Dawn French (Maggie Cole) in what is thought to be one of the most entertaining comedy series on ITV. Its storyline is based around Maggie Cole, who happens not to pay attention to the saying that those in glass houses shouldn’t throw stones.

The reason people are talking about Maggie Cole is that she is talking about everyone else on the radio. She doesn’t know how to keep a secret.

Here, she learns the hard lesson of what happens when gossip escalates and, as a result, starts to affect the lives of the people involved.

The Trouble with Maggie Cole is one of the best shows on ITV. 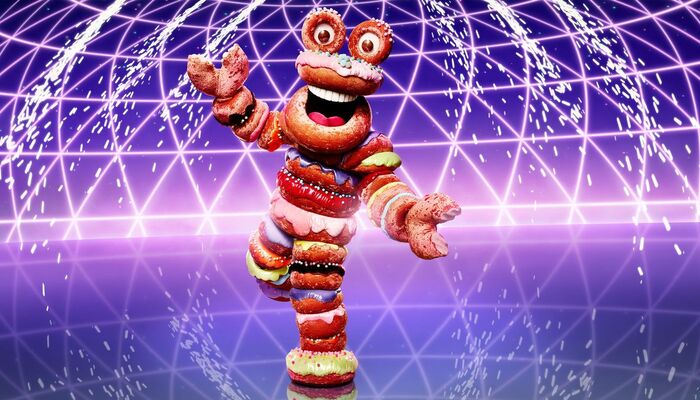 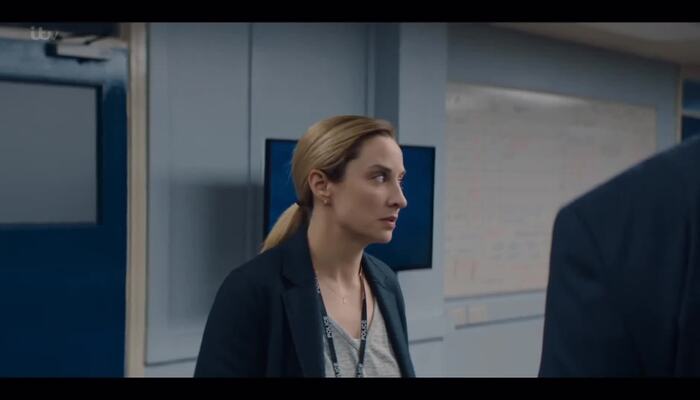 Detective surgent Lisa Armstrong is not having it easy on her first day at work as she’s immediately tasked to investigate a crime scene where a body was found in the bay. The deceased’s family is not giving her an easy time either, as she has to endure their grieving and the fact that the family is a complicated one.

At first, the family thinks it was an accident, but the detective doesn’t think so. She needs the help of the mother that lost his son if she has any chance of solving the case. But, unfortunately, time is not on her side.

The Bay is one of the best shows on ITV 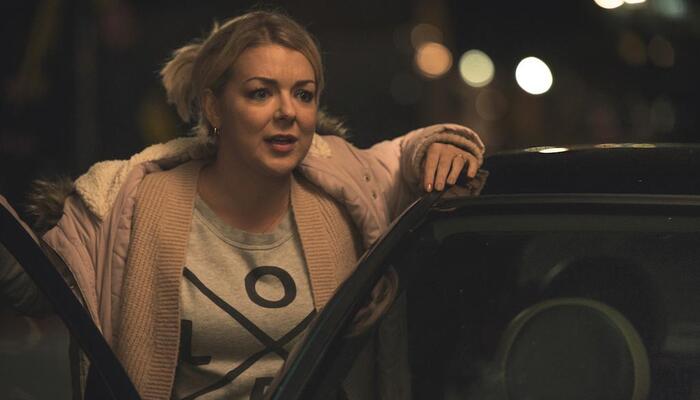 Sam (Sheridan Smith) is a mother of two girls. She’s hardworking and one of the ladies who have a contract to clean at zero hours. Their job includes mopping, vacuuming, and sweeping in the early morning hours. She’s a hard worker, but the only company that benefits more from her work is the gambling company, as she’s addicted to gambling.

While doing her cleaning job, she discovers an important document that she comes to learn that the information in it can be the answer to her players if used correctly.

Codebreakers in Britain are two females who team up with American Cryptographers on a mission to solve a series of murders that happened in Francisco. 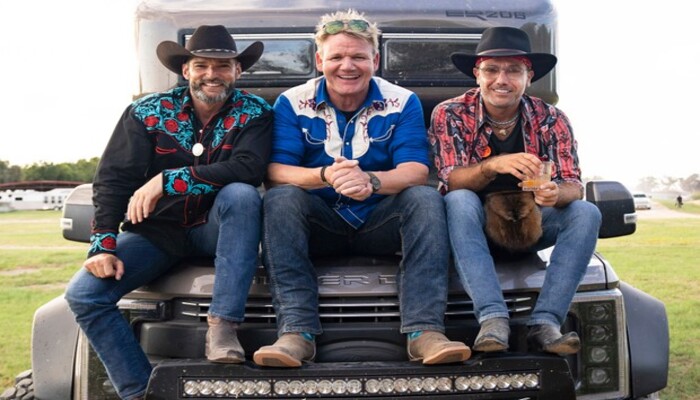 British renowned chef Gordon Ramsay together with Gino and Fred, embark on a European adventure to visit the places they know best. The places hold a special place in their hearts. Together with his friends explore each other’s homelands located in different places Italy, France, and Scotland.

In each country they visit, they must prepare a special meal using special ingredients in some of the most stunning locations.

If you were wondering about the best shows on ITV that you should watch in 2022, the above should miss out on your list. The shows above are entertaining and worth every second of your time.

Unfortunately, if you happen to be outside the UK, you won’t be able to watch the ITV series, for it’s only available in the UK because of geo-restrictions. But with help from a VPN, you can access ITV from anywhere.

Using a VPN, you can also watch BBC iPlayer in Canada, UK TV, Channel 4, and many more.