Sling TV is a good alternative to cable TV; it provides Live broadcasts at an affordable price than Cable. In addition, it also consists of on-demand content, making sure that you are spoilt for choice.

With over 80,000 shows and movies available and sports channels available to stream, everyone has enough entertainment. In addition, sling TV gives you the freedom to watch what you want; it was the first app-based TV service that allowed users to stream content over the internet.

You can watch the best shows on Sling TV when you are on the go or at home. You should consider subscribing to Sling TV in Canada because you have the freedom to choose the shows that interests you. In addition, it also includes the channel add-ons option, enabling you to add your favorite channels.

Sling TV is not free, but it is cheaper than a monthly cable subscription. It consists of three plans available for you to choose from, namely, Sling Orange, Sling Blue, and Sling Orange + Sling Blue.

The package with the combination of Sling Orange and Sling blue goes for $45/month and includes notable channels such as NFL Network, Comedy Central, IFC, and History.

Sling TV is only available in the USA and only allows you to stream anywhere in the USA. To access Sling TV outside the USA, you will need help from the best Canada VPNs. And it’s worth the hustle, considering the popular shows such as Yellowstone Season 5 to watch on Sling TV.
But what are some of the best shows on Sling TV that are worth the hustle? 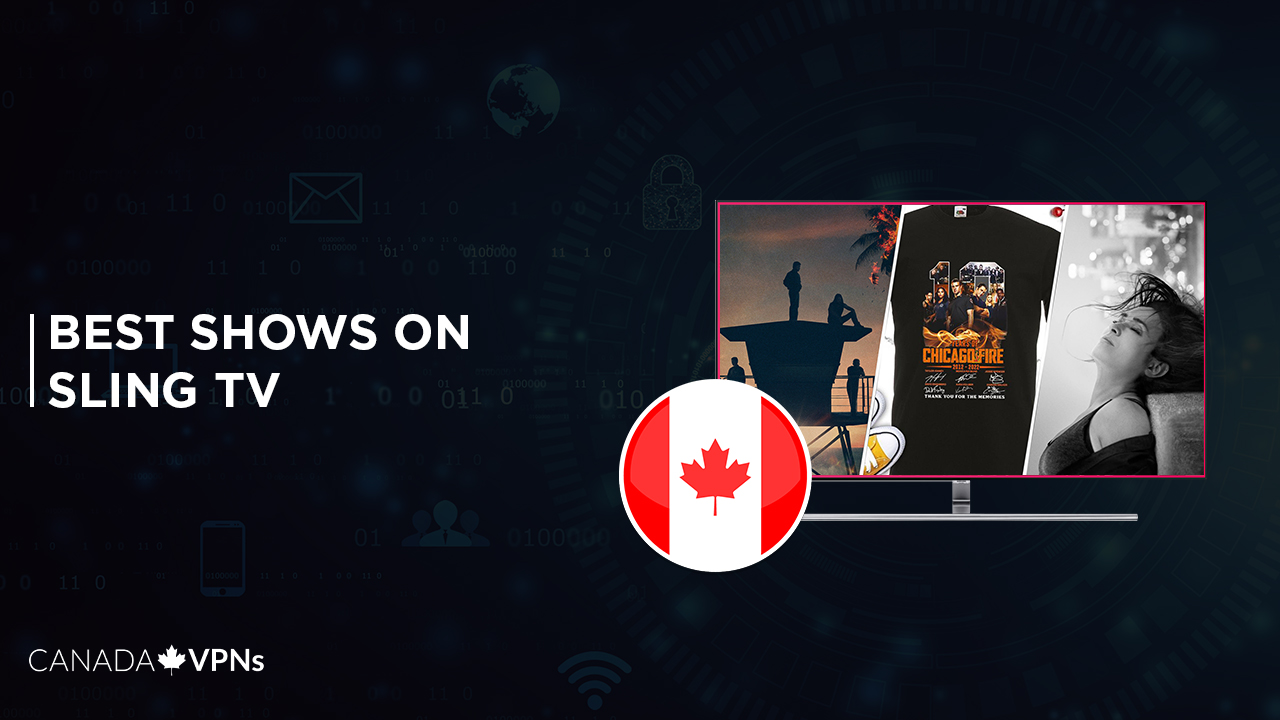 It would be a shame to subscribe to a streaming service only to be disappointed by the streaming service’s available shows. So we have prepared a list of the 13 best shows on Sling TV that you should watch after subscribing. And if you have already subscribed, then make sure to watch the following shows. 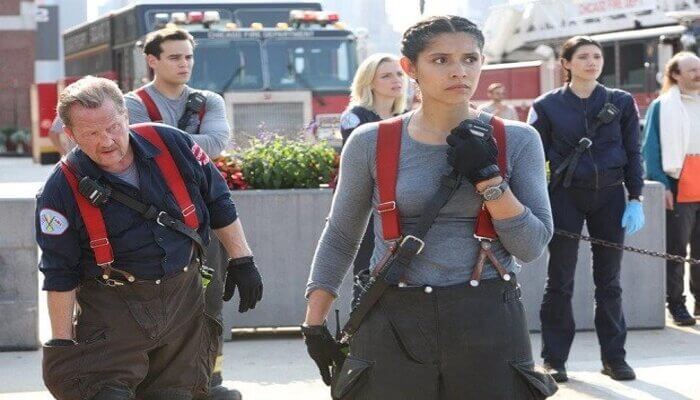 Chicago Fire is NBC’s most-watched series and also the longest-running. And one of the best shows on Sling TV. 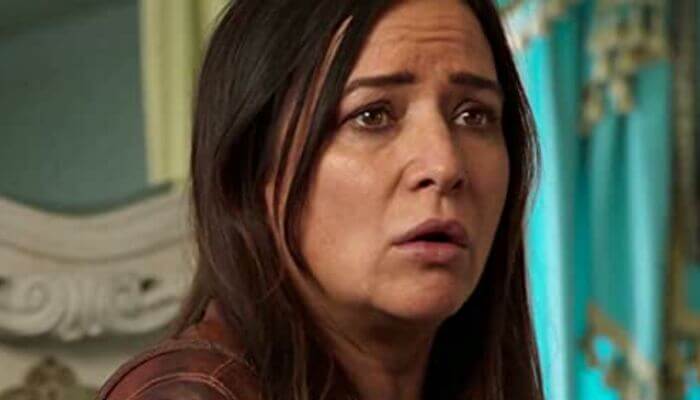 Better Things is based around Sam Fox (Pamela Adlon), an actress raising three little daughters. She’s not only looking after her kids, but she also looks out for her mother, Phyllis (Celia Imrie).

She’s a hardworking woman trying to cope with the pressures of Hollywood and that of being a single parent. Her kids feel for her, and when trying to help, they try to create a dating app for her. But she’s not interested, as she has the best relationship she needs with her kids and her mother.

Better Things is one of the best shows on Sling TV. 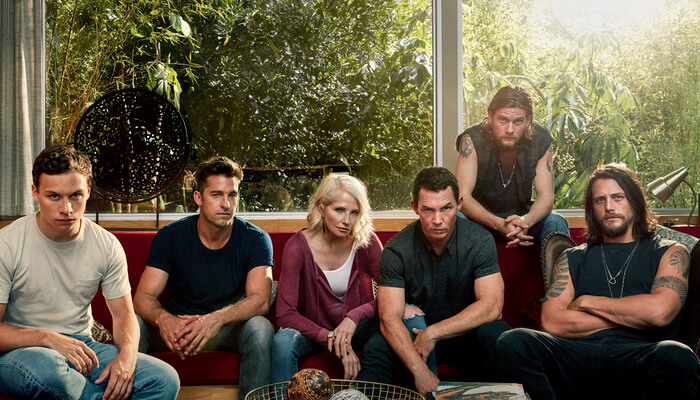 Animal Kingdom is a show worth watching. It is based on a 17-year-old boy Joshua “J” Cody, who, after his mother died due to a heroin overdose, decides to move to California to stay with his mother’s relatives.

In order to survive, the family is involved in major criminal activities. While there, Joshua “J” Cody is shown love by the family. They want him to join their way of life. However, a police officer offers Cody a chance to take a different route.

Will Cody join up with his relatives, or will he take a different route? Animal Kingdom is a fascinating show among the best shows on Sling TV. 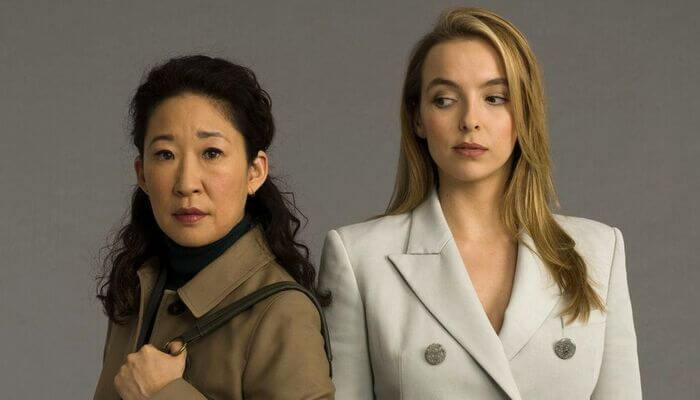 Eve doesn’t like her job; she’s desk-bound, and her job is nowhere near to fulfilling her fantasies of being a spy. On the other hand, a talented killer named Villanelle is happy with her job and the violence involved in her tasks.

The good thing about the series is that it’s hard to know who’s the cat and who’s the mouse; they are that evenly matched. Killing Eve is an interesting series and one of the best shows on Sling TV 2022. 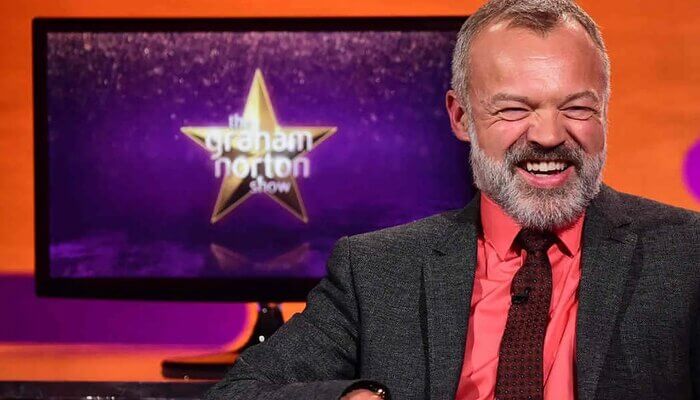 Graham Norton is an Irish comedian who has a show named The Graham Norton Show. On his show, he chats with renowned celebrities.

The show also includes live music performances etc. It is a fun show, and the fact that the host is a comedian makes the show more interesting.

There is no point in viewing the celebrities’ performances on the show on YouTube; the reason you should watch the whole show on Sling TV. 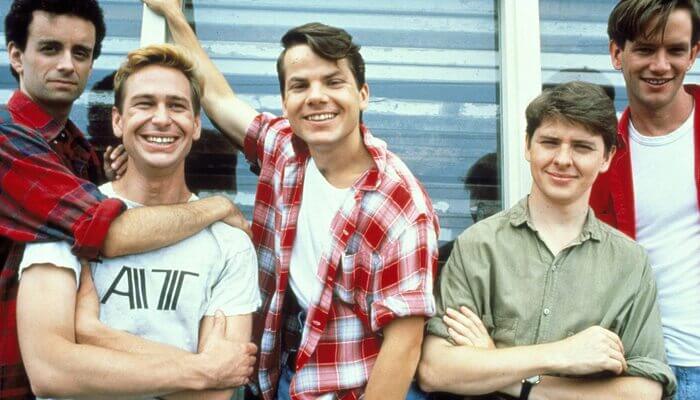 The Kids in the Hall is an interesting comedy show. The series is a Canadian sketch comedy released in 1988 with 111 episodes available to stream on Sling TV. If you are a fan of comedy, then this show is worth watching. 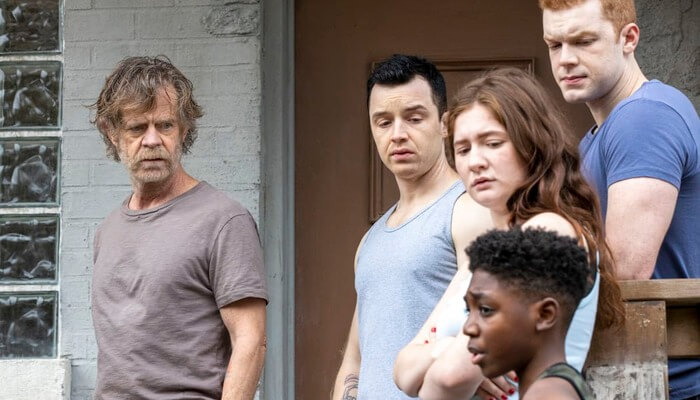 Shameless focuses on the Gallaghers, a family of six kids together with their drunk and selfish father. Fiona is the eldest and must take the role like that of a parent to her brothers and sisters.

With no jobs, they are left with no option rather than to steal money and food. On the other hand, their father takes everything, and in return, he offers nothing. Should we put the blame on alcohol?

Watch shameless now and see how the family copes with the little they have and how they learn to make it in life. Shameless is one of the best shows on Sling TV. 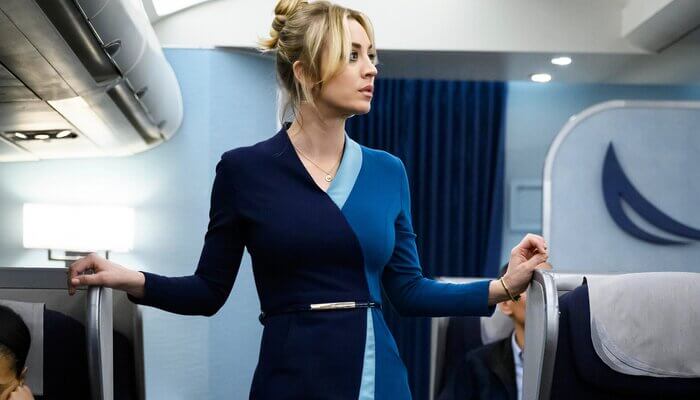 Cassandra Bowden is a flight attendant who has a drinking problem; she meets a guy on the plane, and both decide to grab a drink. She sees herself waking up in the morning in the wrong hotel in the same bed with a dead man.

Bowden has a hangover and no clue of what happened. So without any idea of what happened, whether she’s responsible or not, she decides to cover her tracks. The Flight Attendant is among the best Sling TV series. 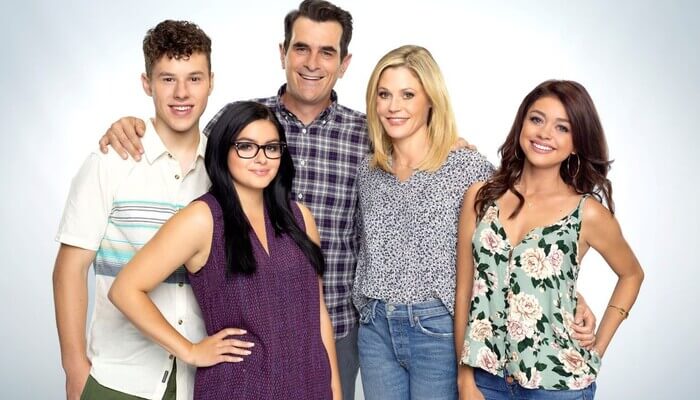 Modern Family is one of the best shows on Sling TV. It’s a show that brings tears of joy; there is a lot of excitement in the show and one that is worth watching on Sling TV.

The show focuses on three different families but related ones. The trials they face and how they tackle their troubles in a comedy way. Modern Family is among the best Sling TV shows. 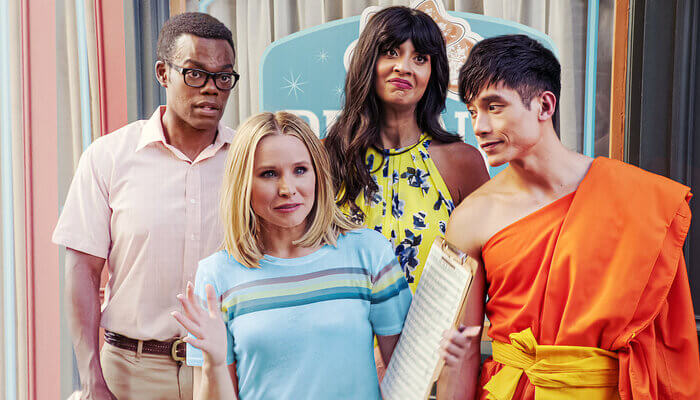 Imagine being in a place where everyone is nice and good. Would you want to live in such a place? Of course, you would, and that’s where Eleanor is. She’s there because she was confirmed dead, and now she’s living in the afterlife.

The Good Place is a place where all those who did good on earth go when they die. But, when Eleanor finds herself there, she finds it hard to believe as she believes she has been mistaken for someone else.

So, she seeks help from her new friend so that she can cement a spot in this epic series. The Good Place is one of those series that hardly disappoints. 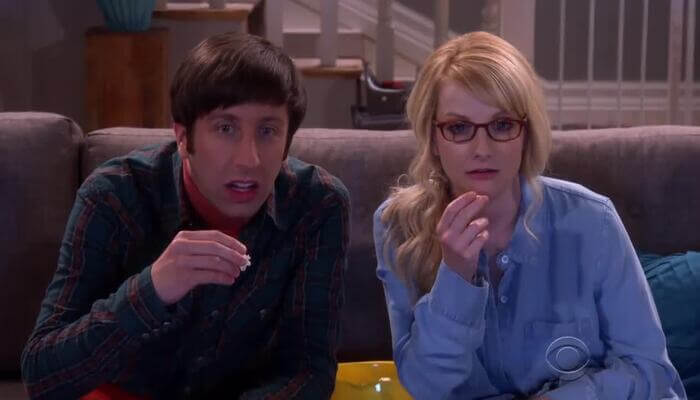 Brilliant physicists Sheldon and Leonard are geniuses and know everything about how the universe works. But they face a big challenge; they know nothing about interacting with people, especially women. But it’s about to change as a beautiful lady moves in next door. 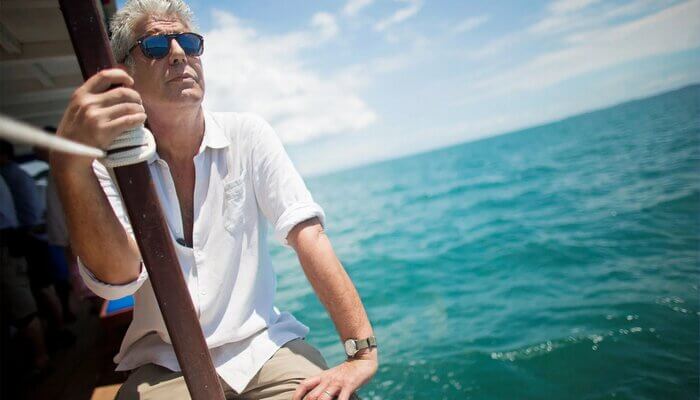 Anthony Bourdain takes us on a journey to unknown parts. If you love documentaries, then this docuseries is a must-watch on Sling TV.

Here he visits countries to investigate the country’s political issues, as well as try their food and explore their cultures. It’s simply one entertaining show to watch with family and friends. 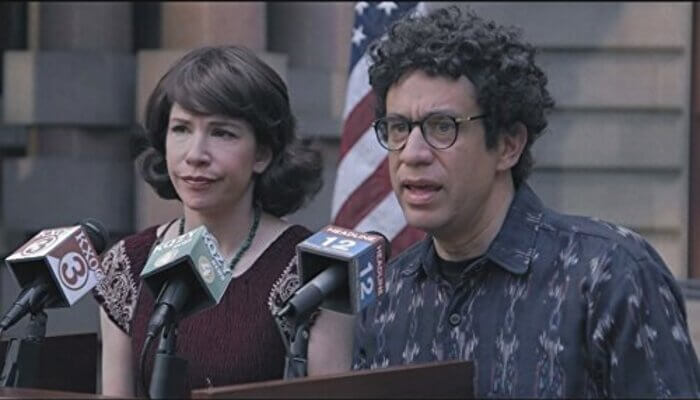 Portlandia is an American sketch comedy series set in Portland, Oregon. It is a series worth every second of your time.

The series focuses on Fred Armisen, the former Saturday Night Live cast member, and Carrie Brownstein, a rock ‘n’ roll guitarist. Both are the show’s creators, and their creativity is seen in the series.

Despite having lots of streaming options like Disney Plus, Netflix, HBO, Amazon Prime Video, and many more – Sling TV is also an emerging candidate in the world of streaming.

If you’re done watching these shows, check out our list of best Sling TV shows. However, since some of the above titles are not available in Canada, you need to use a reliable streaming VPN to unblock them.

The above-mentioned are the 13 best shows on Sling TV that you should watch in 2022. They are entertaining and worth every second of your time.

If you haven’t subscribed to Sling TV, this is the time to do just that, as many series are premiering their new seasons. If you happen to be outside the USA, you can access Sling TV while using a VPN