Best Shows on SonyLIV to Watch in 2022

SonyLiv is one of the best streaming platforms available in India, and it made its first debut in January 2013.  Thanks to the Sony entertainment network, the platform has a large catalog of shows, movies, and Live sports.

Sony Entertainment Network gave SonyLiv access to all content available from all channels that are part of Sony Pictures Networks. Over 700 movie titles were added to the streaming platform and a total of over 40,000 hours of TV show coverage in both English and Hindu languages. Make sure that you have all the content that you need.

There are many best shows on SonyLiv, ones that you would like to watch outside India. But unfortunately, if you happen to be outside India, for example, Canada, you won’t be able to access SonyLiv on your Canadian IP address.

All you will need to do is subscribe to one of the four available plans, and you will be able to watch movies and shows on SonyLiv in Canada. You can also avail SonyLIV free trial. But what are some of the best shows on SonyLiv worth watching in 2022? 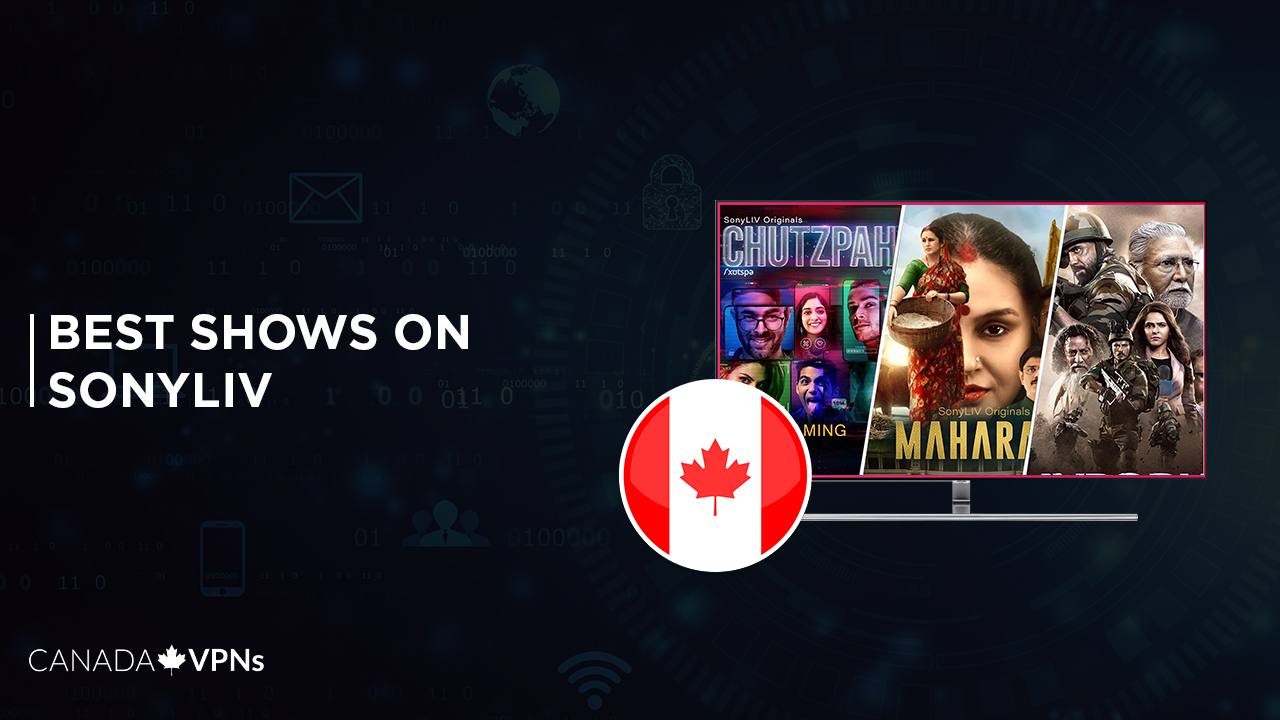 The platform consists of a large library filled with great shows for you to choose from. The good thing about a streaming platform with a vast library is that you won’t watch the same old series; new content will always be available.

But sometimes, a large library means that you can easily miss the best shows, so below, we have selected the 19 best shows on SonyLiv that you should watch in 2022.

The Kathmandu connection is an interesting series based on the Bombay blast in 1993. Season 1 of the series is based on real-life events.

There are three different cases; first, an officer is killed, a hotelier gets abducted, and a reporter is stalked due to the story of the Bombay blast in 1993. All the stories are connected, making the show an interesting one to watch. 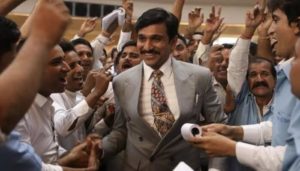 Scam 1992: The Harshad Mehta Story is one of the best shows available on SonyLiv and the most viewed series on the platform. It’s a series set in the 1980s and ’90s in Bombay and revolves around the life of Harshad Mehta (Pratik Gandhi), his sudden rise, and his downfall.

Scam 1992: The Harshad Mehta Story is one entertaining show and one of the best SonyLiv series. 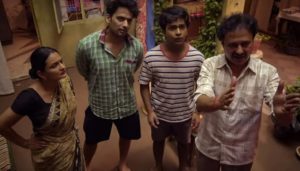 One of the most underrated series available on the platform. The series got set in the heart of India’s quaint by Lanes. Its storyline revolves around the Mishra family and the struggles that they face.

The show consists of relatable tales, which makes it one of the best shows streaming on SonyLiv. 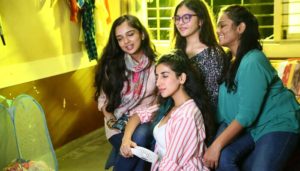 Ever wondered how college students live, especially in their hostels? This show shows us how life is in a college girl’s hostel. Here, four girls are living together in a college hostel, namely: Zahira Ali (Parul Gulati), Jo (Srishti Shrivastava), Richa (Ahsaas Channa), and Mili (Simran Natekar).

The storyline is based on the four students, the problems they face, and how they are trying to fight the system.

Girl’s hostel is one entertaining show available on SonyLiv.

5. Avrodh: The Seige Within 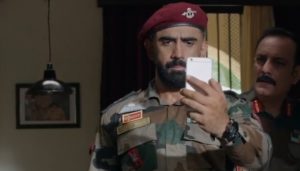 The series is based on the attack that happened in the 2016 Uri attack. If you are a fan of Action-packed series, then Avrodh: The Siege Within will keep you at the edge of your seat. It is a must-watch web series for action lovers. 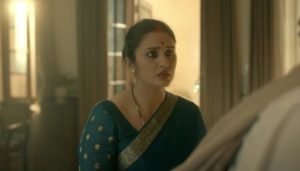 Maharani is a SonyLiv original web series set in Bihar in the 1990s. It’s a political drama, and many events in the series have been taken from real-life events.

The series’s storyline has been fueled by Rabri Devi’s and Lalu Prasad’s tenure. Maharani is an interesting web series and a must-watch one.

Potluck is a comedy series made just to make you feel refreshed and entertained. And that’s exactly what the series does. Potluck is based on a father who’s doing all he can to build a happy, long-lasting relationship with his kids.

The series does touch on the importance of family bonding and togetherness. It is one of those series that you would love to watch again and again. 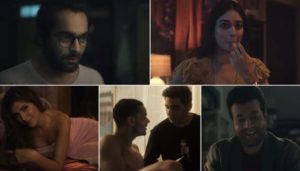 The series Chutzpah has five different stories that have been made possible by the internet. The show shows just how powerful social media can be and focuses on how it has influenced the lives of young people.

The show consists of twists and turns that will get you by surprise; it’s definitely a must-watch. 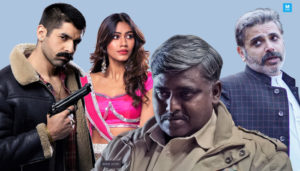 Undekhi is one of the best shows on SonyLiv. The crime series premiered on the 10th of July 2020.  The series is based on true events and showcases two aspects of society. The influential people who believe they can get away with anything and the oppressed who have endured years of suffering.

But the oppressed have just had enough and have decided to bring themselves to justice. Undekihi is one entertaining series that is worth watching. 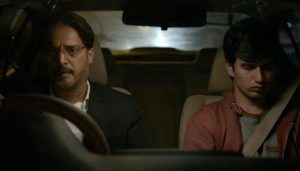 Your Honor is one of the best shows on SonyLiv that you should watch in 2022. The storyline is based around a judge who finds himself with decisions to make as his son has been involved in a hit-and-run incident.

So naturally, the judge tries everything to protect his son. But will there be justice? Your Honor is one of those series with enough suspense to make your day more entertaining. 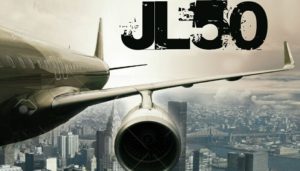 A plane that recently crashed has been discovered in West Bengal, but the strange thing about the plane is that it was reported missing 35yrs ago. The series is one of the best shows on SonyLiv and a must-watch. 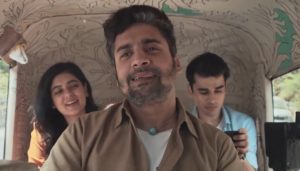 The series Hawa Badle Hassu is based around a driver who happens to be conscious of the environment and how people can change it for the better.

For Hassu (Chandan Roy Sanyal) To see an environmentally friendly world, he’s left with no choice but to brainwash his passengers. But even though he looks like a good guy, sinister people are hunting him desperately.

What did Hassu do? Is he really a good guy as he looks? or is there a dark side that he hasn’t revealed yet?

Hawa Badle Hassu is one of the best shows on SonyLIV to watch in Canada if you are craving Indian entertainment. 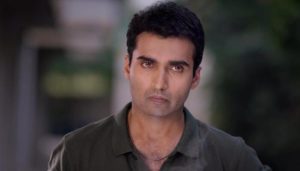 A series that consists of hardcore investigations done by the police. It’s one of the best crime thrillers on the web series. Every serial killer has a unique way of how he kills his victims.

The one involved here leaves quotes of verses from the Thirukkural behind for every victim he has killed. If you are a fan of serial killers series, then this one is definitely for you. 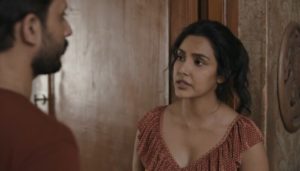 Simple Murder is one of the best comedy crime series available on the web series. Its storyline is based around a young man who’s a failed entrepreneur experiencing ups and downs as he has a lot going on in his life.

In a case of mistaken identity, he finds himself getting a contract to kill a young girl. It happens the target is an influential politician’s daughter. Will he accept the contract and take this task? Simple Murder is a must-watch comedy series. 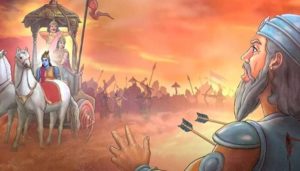 Mahabharat – Ant Ya Aarambh is an animated web series directed by Kuldeep Shikari. The series was released on November 13, 2020, on SonyLiv. The series takes a dangerous look at the Pandava’s role by putting them under scrutiny instead of Kauravas. 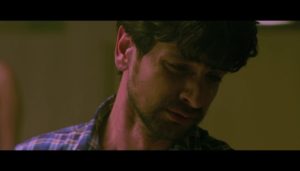 The series consists of everything you would want in a series, including suspense and romance, making it a must-watch series. 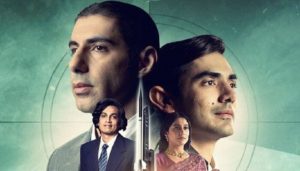 The series is set in three crucial decades in India that helped shape the country into what it is now. It shows the path the nation was headed and how it came to be heading towards being strong, brave, and one that is independent.

Dr. Homi J. Bhabha has dreams that he needs to accomplish ahead, engineering India’s Nuclear Programme. Rocket Boys is one of the best shows on SonyLiv 2022. 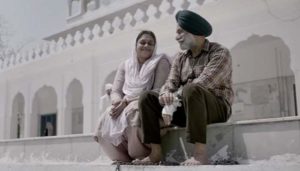 Tabbar is one of the best shows on SonyLiv that you should watch in 2020. Tabbar is a story related to a Punjabi family, and there we meet father Omkar, a retired police officer.

Now on his way home, at the railway station, Ganan’s bag is changed, which puts his family’s safety in danger.  And now, the retired police officer finds himself with the difficult task of saving his family from the consequences of an unlucky incident.

Tabbar is one of those series you shouldn’t miss out on in 2022. 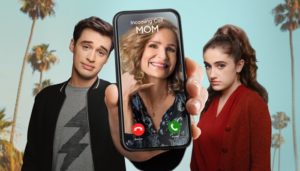 Call Your Mother is one of the best international shows on SonyLiv; it’s a comedy series created by Kari Lizer. The series was released on the 13th of January 2021. The country of origin is the USA.

Keep in mind that to watch these shows in Canada, you will need a VPN. A VPN will help you unblock SonyLiv and get unrestricted access to these shows.

With a VPN, you can also watch other Indian channels like Voot Canada, Zee5 in Canada, and Disney+ Hotstar in Canada.