Even though there are multiple streaming options including some serious names such as Netflix, HBO Max, and Disney Plus – some of the best shows are being streamed on relatively new sites such as VH1.

If you’re looking for the best VH1 shows, here they are, all in one place. VHI offers a list of originals, lifestyle shows, reality TV such as RuPaul’s Drag Race, and love and friendship shows like Martha & Snoop’s Potluck Dinner Party.

There are also other goodies such as Rock of Love with Bret Michaels and much more for your entertainment pleasure. Make sure that you are getting something from VH1 – an American basic cable TV network that has to offer some of the best titles.

Browse and enjoy our list of the best VH1 shows worth your binge hours. If VH1 is not available in your region, you can always check our guide for unblocking any content with a VPN in CA! 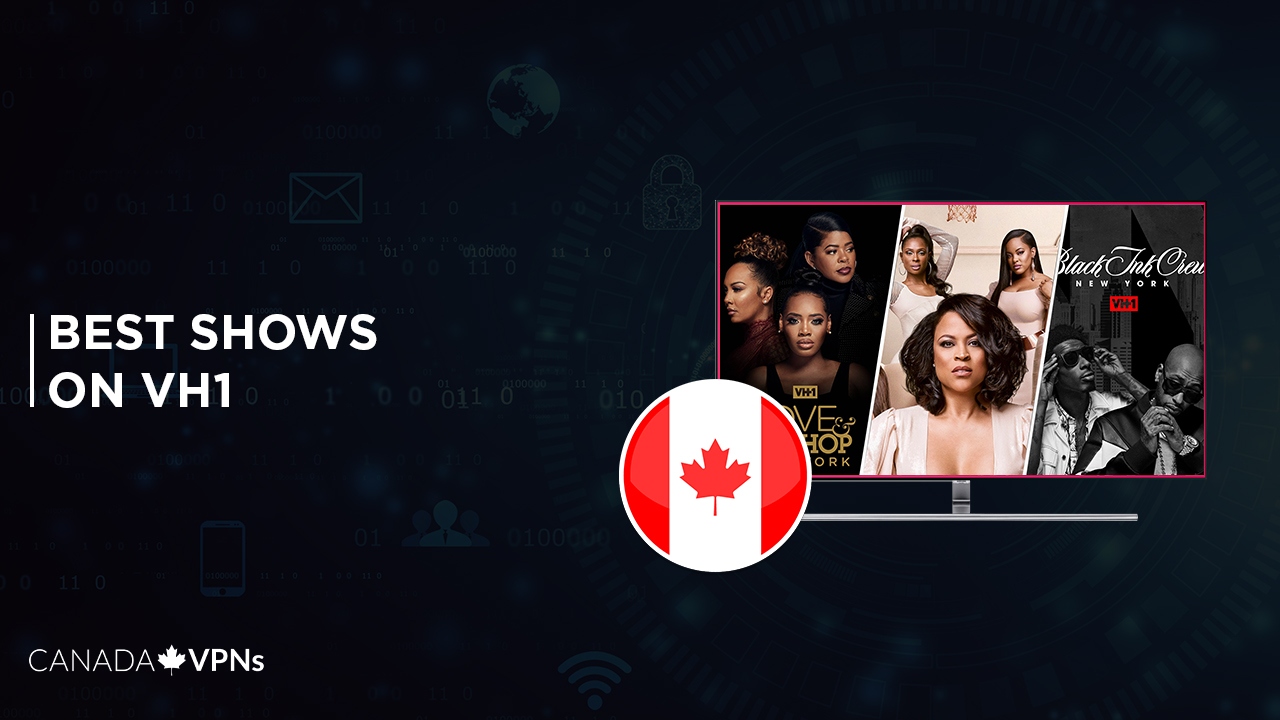 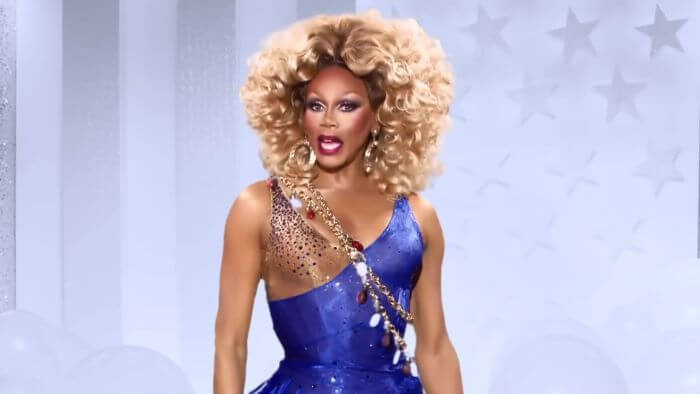 RuPaul’s Drag Race is one of the best shows on VH1. It documents RuPaul as he searches for America’s next drag superstar. The contestants have to overcome different challenges posed to them every week.

They include the most talented and gorgeous drag queens yearning for the title of the top drag queen of the land.

Thereafter they are to stand in front of a panel of judges, the likes of RuPaul and other guest judges to receive critiques of their progress in the competition to get the drag queen of America. Start watching this title and you will forget all about Netflix shows! 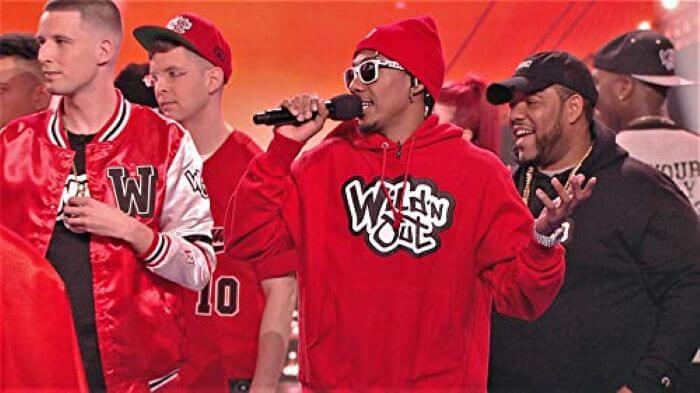 Nick Cannon and a top celebrity head a group of improv comedians participating in a competition (Nick Cannon Presents Wild ‘N Out) every week.

The show is most appropriate for mature viewers who will enjoy the battle of laughs as they enjoy the tag between the two teams, one headed by Nick Cannon, the R&B artist, and the other by Kanye West, the famous guest star.

Each team has a whole tray of insults and jokey moments to throw to each other. And finally, there are points earned for the successful ones chosen by the audience.

Rock of Love with Bret Michaels 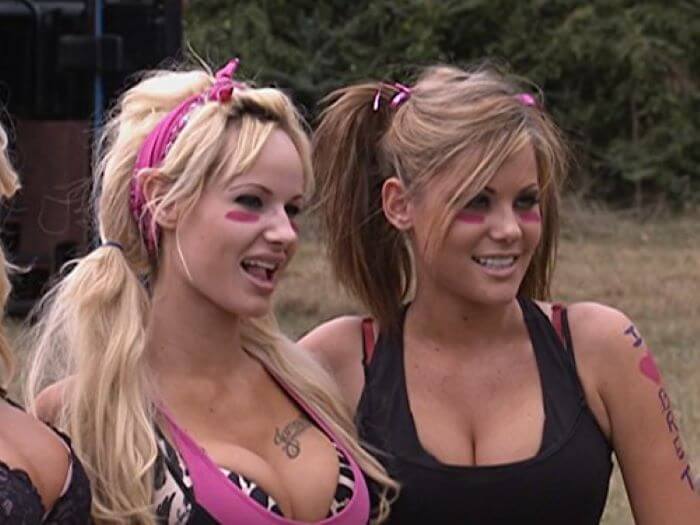 Rock of Love with Bret Michaels is one of the best VHI dating shows you cannot miss. Meet Bret Michaels looking to find love. And soon, he will find her among some of the young women who are competing for a chance to live with him.

Bret has been famous since the 80s due to the band Poison, which achieved commercial success in the U.S.
Those who know singles hits such as Nothin’ but a Good Time and Something to Believe In can relate to the

band. The women face challenges every week, and the winner secures herself a date with Bret Michaels. Imagine the feeling of the woman who gets the chance to become Michael’s girlfriend, the 24 years old Jes Rickleff from Illinois. 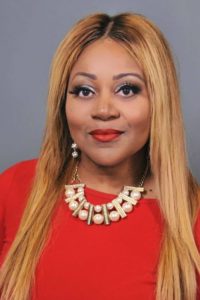 The flavor of Love is among the best VHI shows with profound ratings. Join Flavor Flav on his quest to get the girl of his dreams together with his female contestants as they make their way full of laughter and raw chicken.

A group of 20 different ladies wants to win Flavor‘s heart, but he gets assisted by his bodyguard, mother, and a former romantic partner. Check out this show on VH1 and we guarantee streaming Disney Plus shows will become history to you! 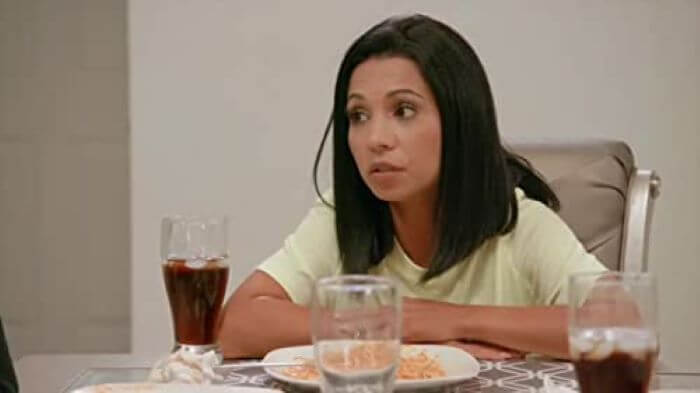 The show follows the lives of eight descendants, sons and daughters of the cartel, who share their sad stories as they deal with weird issues from their pasts.

Their lives in Miami in Florida have been unique, with ghosts from their past and other nasty effects the cartel has on their day-to-day lives.

Though disconnected from their past and want to sail on top of the drug worlds, they still get haunted by the evil deeds of their ancestors. Will they manage to break from the dark habits and gain a new name? 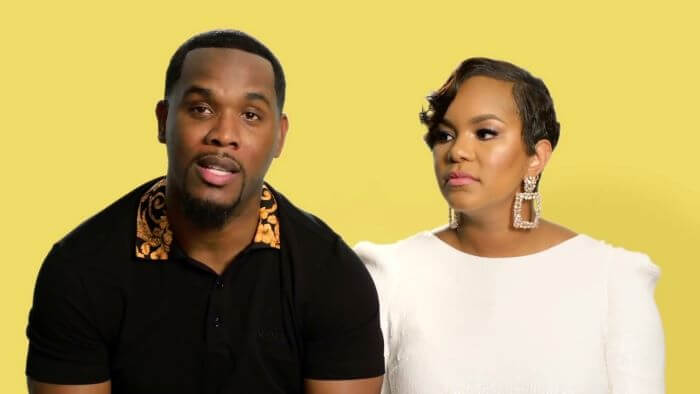 T.I., Tiny gets to business with the Harris family to find out the hitches that could ruin their business, whether sibling conflicts or hitches on the career ladder. All must come together to support each other by all means and ensure to keep family first. 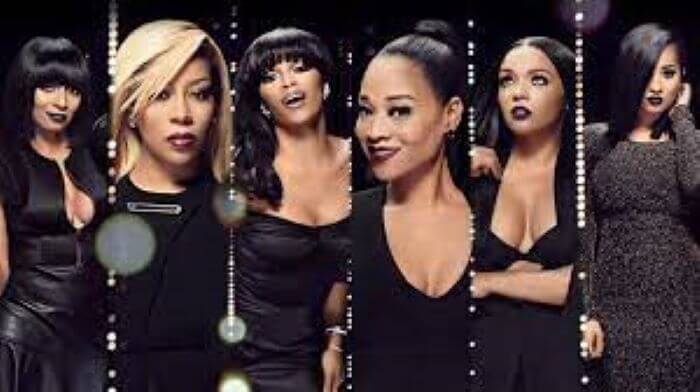 Love & Hip Hop consists of various reality TV series aired on VHI. The show features the personal and professional lives of a group of hip hop and R&B musicians, their managers, recorders, and others residing in metropolitan areas. 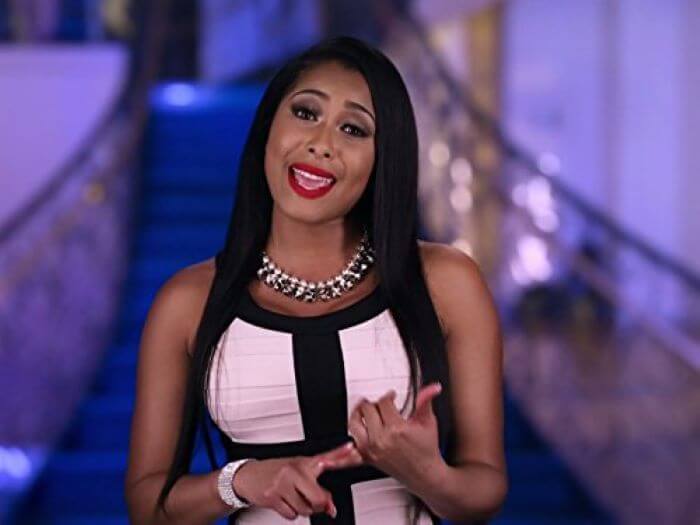 Love & Hip Hop: Atlanta is one of the VHI reality shows featuring the lives of a group of people (men and women) in hip hop.

You get to see six women in Atlanta as they struggle with life in the entertainment industry. It’s all about the drama involved with friends, co-workers, and their families. 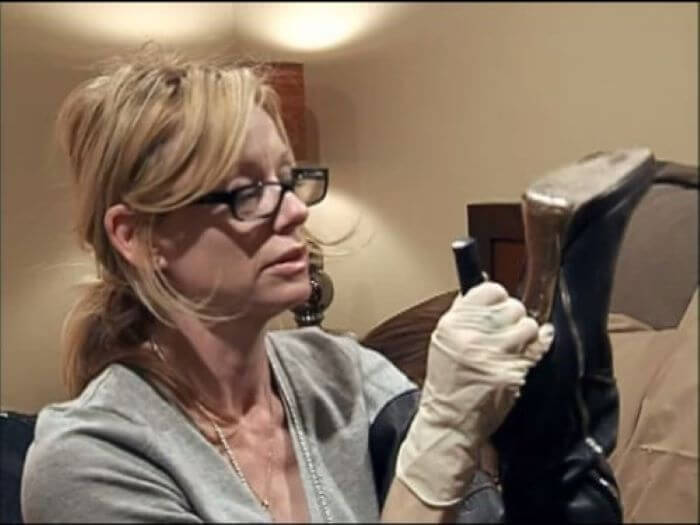 A group of actual celebrities gets treatment for alcohol and drug addiction from Dr.Drew Pinsky together with his staff. The victims have a desire to get back on the road to recovery in rehabilitation.

Celebrity Rehab with Dr. Drew is one of the few shows that help the drug or alcohol-addicted people find a way to regain their normal lives. 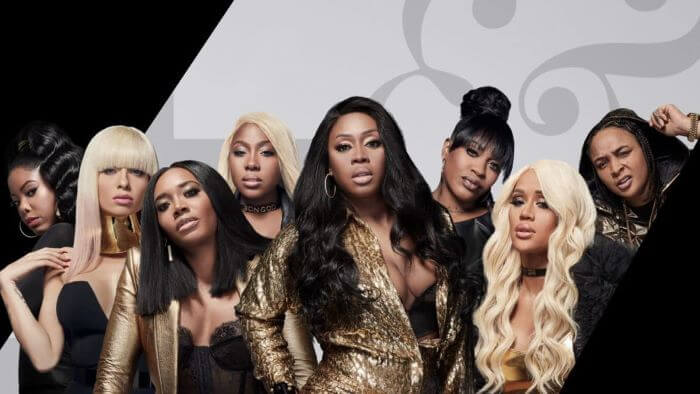 Love & Hip Hop: New York is among the best VHI shows with some famous figures from East Coast hip hop. It features a group of women in the male-dominated hip-hop industry.

You see the struggle of the four women among them; two are girlfriends of famous rappers, and the rest aspire to be artists. These women, by all means, want to keep their heads high in business in New York City.

The soon-to-be music stars have to deal with the pleasures of life, and the main question is, “will they manage the business with all the glamorous pleasures”? 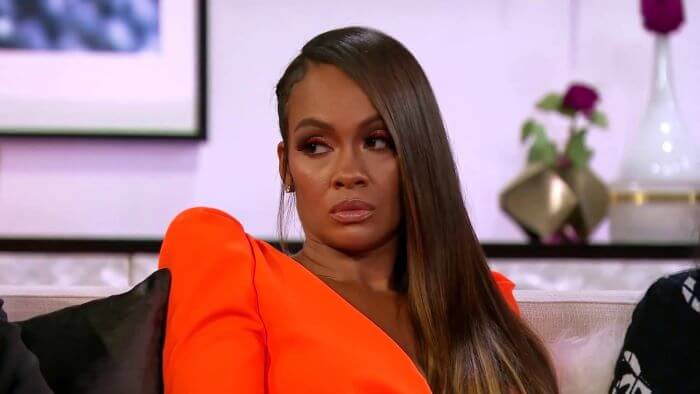 Basketball Wives is among the VHI old shows. It features the daily lives of women in love with men in the basketball industry.

Join Tom as he unfolds party after party dramas involving the wives, ex-wives and girlfriends of the professional basketball players and the stresses they go through as they build up their businesses 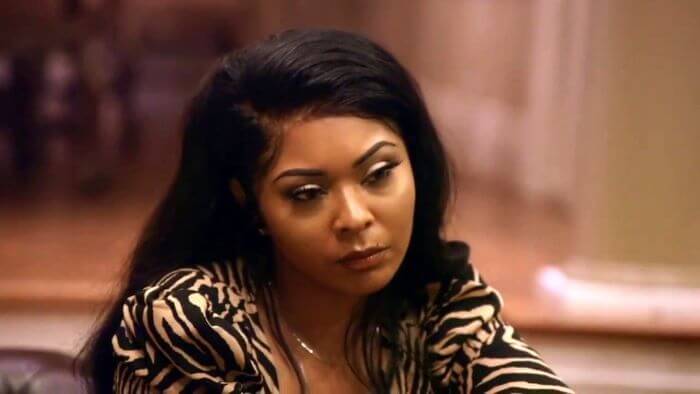 The show follows one of the famous tattoo kings, Ceaser in Harlem, as he fights all odds to keep his tattoo business in Harlem and his staff moving. He has to ensure all the celebrities they cater to find the tattoo shop worth.

It is one show you don’t want to miss, with lots of adventures as you see what Ceaser has to fight all through to keep the business going.

Black Ink Crew is one of the best shows you can watch on VHI Canada with the help of a reliable VPN such as ExpressVPN. 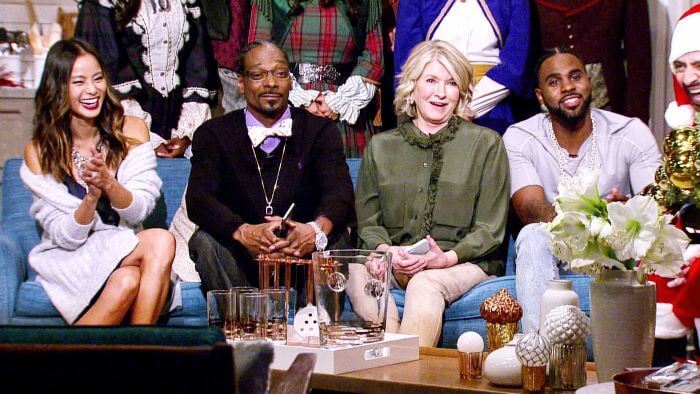 Here is another addition to the best VHI shows for those who love cooking. Join Martha and Snoop on their cooking show with their celebrity team members and finally to a dinner party as the judges choose the winning team.

Love & Listing features the lives of young realtors competing in celebrity real estate for better deals and to gain a competitive edge in the celebrity world. At the same time, they have to navigate through love and romance.

The show is all about love in messy relationships and the fight to gain popularity. It’s one of the best VHI shows you will love to rewatch. If you cannot watch it in your region, connect to the US server of NordVPN and unblock unlimited titles on VH1.

To Catch a Beautician 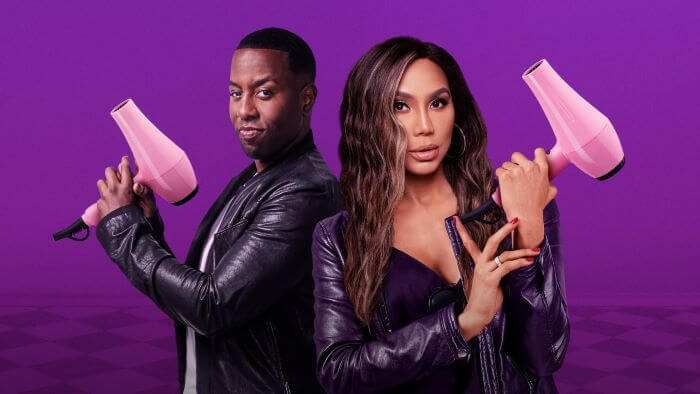 A group of clients counts losses because a beautician has spoiled their hair. However, Johnny Wright and Tamar Braxton are on their toes to ensure they confront the stylist responsible for the damages.

Later the beauticians are to undergo training in a hair boot camp. Will the beauticians get a chance to mend the wrongs? We guarantee that you will be hooked to this series and forget all about HBO Max and other streaming options. 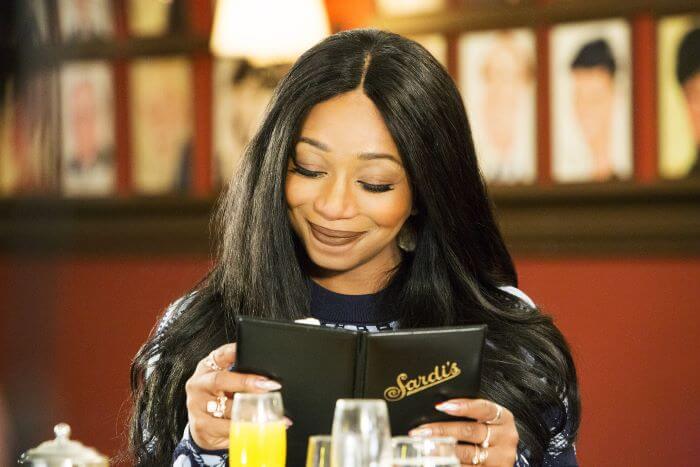 The show documents Tiffany as she digs into Ceaser’s love life. Conversely, Ceaser makes efforts to learn from his first oyster and get advice on becoming a successful entrepreneur.

As VH1 is not available globally, you can always connect to the American server of Surfshark to enjoy this service from anywhere. 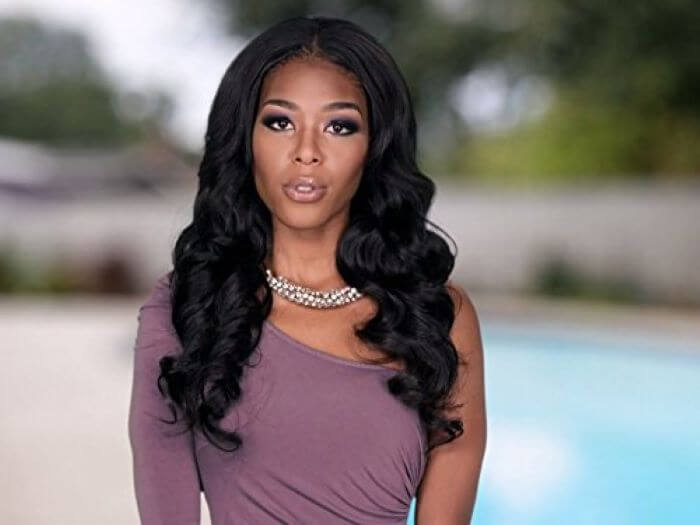 Here comes another show detailing the personal and professional struggles of the stars in Los Angeles music. It’s the 3rd installment in the Love& Hip Hop franchise with a talented young cast that knows its work so far.

All the young stars have to keep up with the struggles of maintaining life in La La land. You get to see behind the scenes lives with some of the couples in the hip-hop industry as they juggle between their personal and career lives. 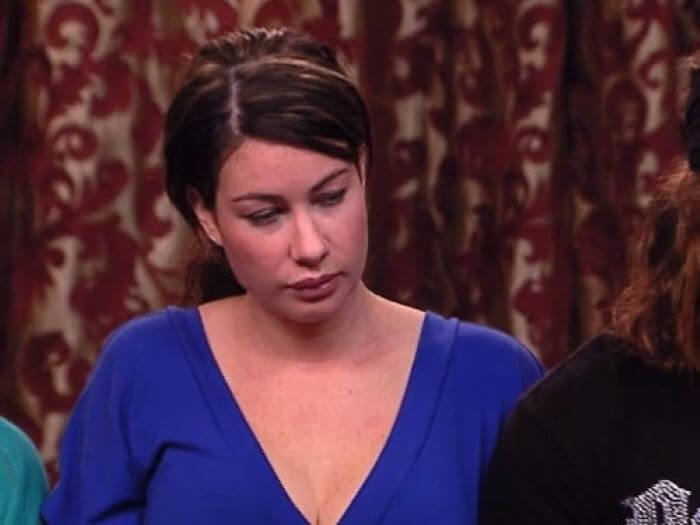 Tool Academy is one of the best shows on VHI. It features a group of bad boys and women in a relationship boot camp.

These contestants are nominees from their respective partners. Interestingly, they wholeheartedly participate in the game, thinking it’s a competition, only to learn that they have been introduced to a charm school.

Here, they will learn how to behave as partners. Every week, there must be a contestant to win, who will then choose whether to move on with their partner. The final winner gets a $100,000 prize.

With the above list, you’re sure to take a leap from the real world and have some good moments with some of the best VHI shows of all time.

Reality television content keeps you more engaged as you enjoy seeing other people’s life perspectives and learning from their mistakes. Even though you can enjoy multiple genres on other streaming sites such as Sling TV, Voot, Disney+ Hostar, and

You can’t get enough from VHI; it’s all-rounded, giving you a taste of all reality shows the network has to offer.
After getting a taste of reality shows, you will forget all about fantasy such as The Eternals, and The Batman. Get going! Start streaming your favorite shows.