Digital Satellite Television (DStv) is a MultiChoice-owned direct satellite service broadcasted in Sub-Saharan Africa. This service has had channels for its subscribers since 1995, and the DStv Shows are famous worldwide.

Are you interested to know “What DStv Shows to catch up in 2022?” DStv broadcasts show in different genres, including reality shows, crime series, thriller, action series, Music, Drama, and many more. These Dstv shows offer unique content for viewers. We recommend you to watch DStv series like Idols (South Africa), Binnelanders (2005), and The Great Kenyan Bake Off (2019).

However, you’ll need a VPN to overcome geo-restrictions to watch DStv in Canada. We endorse ExpressVPN as the best VPN in Canada because of its high speed and top-tech features. 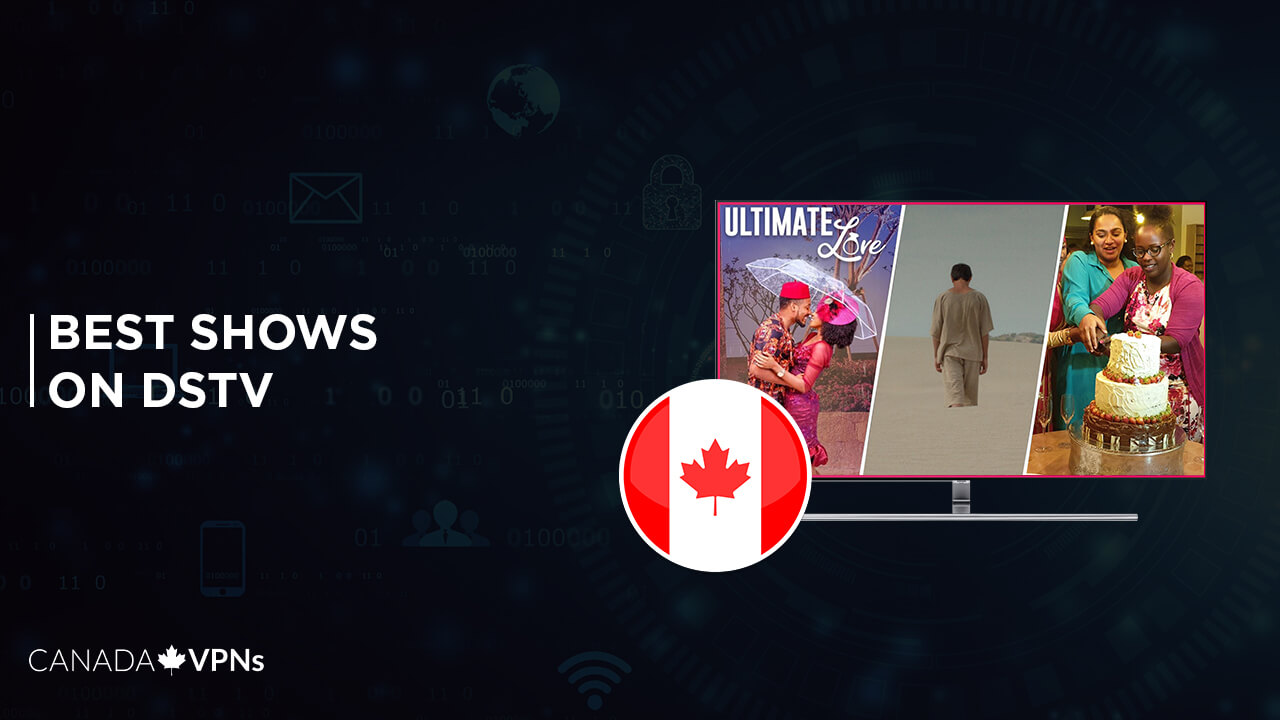 If you’re looking for the best DStv Shows to catch up in 2022, follow our list. We’ve enlisted the best series on DStv for you. A short description of these DStv shows, along with cast, writer, and director for making insight into these shows.

Have a look at these best DStv tv shows. 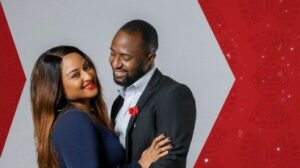 Finding love is the pinnacle of achievement, and if the Final Couple chooses to wed, they will receive expensive wedding expenses and a luxurious, completely furnished home.

After one year of marriage, the triumphant couple from the first season of the reality series Ultimate Love will also receive a financial award of N5 million. Due to the COVID-19 epidemic, Ultimate Love only lasted 50 days instead of the anticipated 60 days. 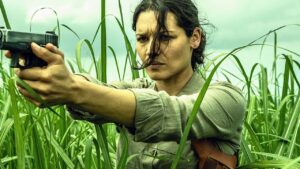 Description:
A multiracial couple’s daughter was abducted in South Africa in 1994. After successfully making her escape, Reyka uses her knowledge to raise her child and solve crimes as an adult.

The past and present of Reyka are shown in alternating episodes. Reyka was stolen by Angus Spelman when she was 11 years old in 1994, when apartheid was about to end.

For the next four years, he sexually molested her. When Reyka was 16 years old, her kidnapper was ultimately apprehended and given a prison sentence.

Reyka is currently an adult criminal profiler looking into a succession of gruesome killings in Kwa-Zulu Natal committed by a serial murderer. She deals with her difficult childhood, which in some strange way also aids her in understanding the brains of prominent criminals in Africa. 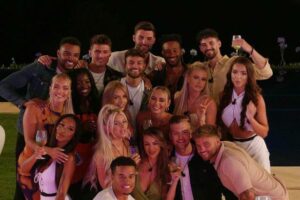 Description:
A group of Islanders’ competitors resides in a Cape Town villa as part of the Love Island reality show. For the sake of survival, friendship, or love, Islanders must be paired up with other Islanders, and they must each provide R500,000.

They are compelled to “re-couple” throughout the series, at which point they can either stay in their present relationship or exchange and change. Anyone on the island who is still single after the pairing gets “dumped” off the island.

A public vote may also be used to eliminate islanders. The Love Island app allows users to vote for their favorite duo. The public votes for the pair they think should win the series and receive the reward during the final week. 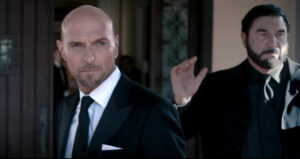 Description:
Nolan from MI6 and police detain a war criminal/drug lord in Beograd. He has traveled to The Haag to face justice. He employs an assassin to eliminate witnesses, including a teenager hiking with his father in the wilderness.

A man and his adopted teenage son become the prey of unidentified attackers while out hunting in the remote countryside.
A stranger who exposes the unsettling reality about the son’s biological father, an international crime lord, and the reason why this crime lord has hired skilled assassins to assassinate the youngster, unexpectedly joins them in their fight for survival. 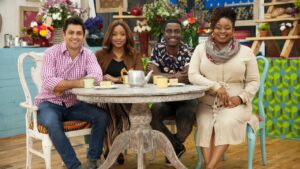 Description:
The title of the finest baker in Kenya is up for grabs among twelve amateur bakers. The candidates are judged on their abilities to make cakes, bread, pastries, and various delicacies throughout the period of ten weeks.

After the judges have critically reviewed the bakes, they will select a “Star Baker” and a baker who will be disqualified from the competition. For each season, 12 contestants were chosen. 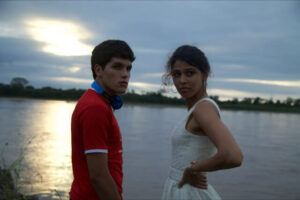 Description:
Five brothers are depicted in this picture-in-picture of their agricultural life in the Kazakh plains, where the modern world’s rapid arrival has brought corruption, temptation, and deceit.

In the movie, Zhalgas Klanov plays Aslan, a young man who is trusted by his stern and violent father to watch over his brothers as they work on the farm.

The boys’ family order is upset when their cousin visits and introduces the boys to many of the technical temptations of modern life from which their father had guarded them. He frequently takes the boys to the local river to swim and relax in the sun as a temporary break from their home life. 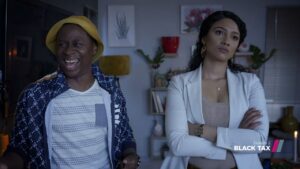 Description:
Thuli Dlamini, a successful black professional, is introduced to us in Black Tax, a comedy series unlike any other. Thuli wrestles with the unspoken component of her community that affects the majority of middle-class Africans in Black Tax.

Thuli must deal with the unwritten rule of giving back to the community that supported her in order to succeed. Thuli has benefited greatly from her close-knit black community upbringing.

She balances her relationships, work, and the unexpected relocation of her family into her modest suburban townhouse while navigating life as a single parent in the television series. 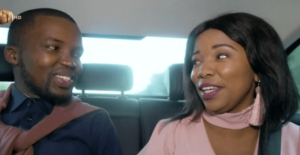 Description:
South African reality lifestyle romance television program “Date My Family” is created by Connect TV for Mzansi Magic. By pairing single people up on dates with their possible partners’ closest friends and family, the series hopes to assist single people in finding their true love.

The singles looking for love are arranged on dates with the families of three potential partners, and they are forced to choose who to date entirely on the basis of the impressions their families make. 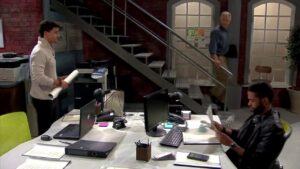 Description:
The characters of Suidooster, a trivial commercial hub in the fictitious Cape Town suburb, are the focus of kykNET and Kie’s newest soap opera. The three families that reside and work there—an empress, her grandchildren, her two daughters, and her friends—unavoidably share their happiness and sadness as well as their arguments, romances, acts of retaliation and retribution, miscommunications, and feelings of jealousy.

However, it is also the tale of a multicultural community in South Africa. Rhafiek is battling to contain his love for Nicole while the store owners in Suidooster are fed up with the new crime surge. 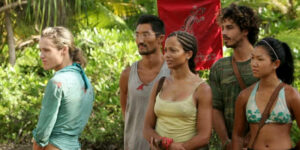 Description:
A reality series featuring a group of South Africans who are left in a harsh environment with little more than the clothing on their backs. The winner receives R1 in addition to the title of “Sole Survivor.”

The 19 castaways established a complete camp with furniture, a shower, a toilet, a kitchenette with dishware, and the ability to sustain fire at the start of the season on a single beach using materials donated by the producers.

When the adventurers were split into two communities, the victor tribe, Moto, received an equipped tent, while the losing clan, Ravu, was only given a pot and a knife to survive and had to start a new camp from scratch. 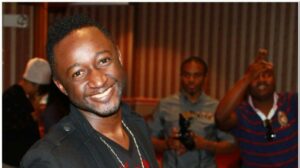 Description:
It is a Nigerian reality television series that is modelled after the Big Brother television cinematic universe. Participants stay competitive for a considerable cash prize and other component prizes at the end of the show by preventing being smacked out of the villa by spectators who vote for their absolute favourite housemates to remain in the show.

Winning competitions will increase a house guest’s chances of succeeding in the game, which is a more straightforward big brother tactic. This is an extremely tricky tactic to execute, and for it to work, a house visitor needs to be skilled at both physical and memory tasks. 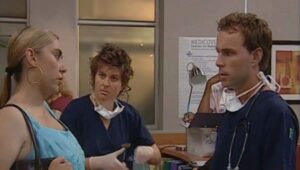 Description:
Binnelanders is a South African tv series opera in the Afrikaans dialect that was produced by Elsje Stark and Friedrich of Stark Films. It is centered at the affluent Pretoria medical clinic Binneland Clinic.

The stories revolve around the lives of a devoted team of medical employees at the facility who are determined to alleviate their patients’ distress. The plot covers the challenges, tragedy, and misfortunes of the hospital’s personnel and patients.

Description:
The South African television network Mzansi Magic airs the program “Idols.” The event aims to choose South Africa’s top young singer. Thousands of aspiring artists from all across South Africa audition for the program in front of the judges, which is the general format.

To join the theatre rounds, they are reduced to around 100. They perform in group and individual rounds until the judges select 16 finalists (usually 8 males and 8 females).

The top 10 are chosen from these, and each week, viewers have a window of time after the airing of the previous show to cast their votes by phone, SMS, or online for their favorite participant. The contestant(s) with the fewest votes is eliminated each week.

Conclusively, DStv shows can help you to kill your boredom. You can go through the list to find out the best shows according to your choice. We’ve also summarized the DStv shows’ storyline and cast to increase your interest level.

Go and try the list of best shows on ABC, ITV, Netflix, SonlyLIV, CNBC, YouTube TV, and Hulu to stay occupied over the weekends. Now hurry up! You have too much on your bucket list to watch.

However, you can suffer from geo-restriction while accessing DStv shows and other VOD platforms. But you can still enjoy the best shows on DStv in Canada after subscribing to a premium VPN like ExpressVPN and enjoy a hassle-free streaming experience.