Did you know that there’s a large fragment of the internet that you can’t access just by “googling” it? In fact, search engines only make about 5 percent of the entire internet! Yes! So, what’s the other 95 percent out there?  Well, that’s what they called the “Deep Web” or the “Dark web.”

But are we allowed to access the Dark Web?

Both terms may conjure up images of a mysterious internet place inhabited by drug dealers, hackers, cybercriminals, and whatnot. A place where you can partake in illegal activities (like hiring people to kidnap your roommate) and purchase things (mostly drugs) online using Bitcoin. Well, that’s only the partial truth! What lies beneath the surface of the internet is far more mysterious – or rather say, complex – than you can imagine. 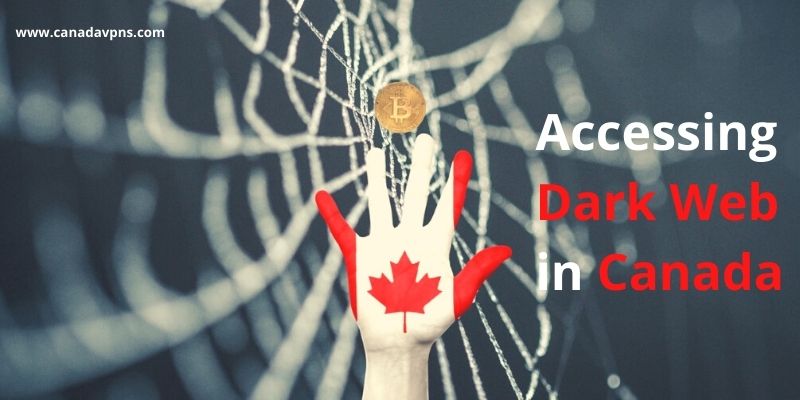 This article aims to decipher the truth behind the Dark and Deep web, illegal activities associated with it, potential online threats, and the role Canadian law plays in tackling the evil lurking on these sites.

So, fasten your seat belt because we are about to take you on the wild ride of the dark internet.

Solving the Dark or Deep internet puzzle is quite complex and mysterious but relatively easier to understand than you’d think.

While the two terms are often used interchangeably, they are actually pretty different both in terms of meaning and traits! They are like the two blood brothers: Loki and Thor – one is good and the other one is, well…. not so good! Which is which? Let’s find out! 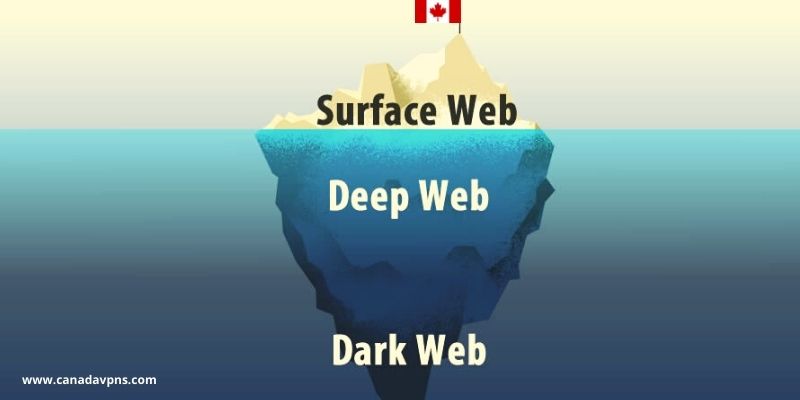 It is a collection of websites on an encrypted network and typically requires specific software to access. While being part of the “deep net,” Dark Net is actually a small fraction of it (0.1% to be precise). To put it simply, if you can’t find something on Google, it’s probably still out there on the internet; it just needs a little bit more effort to access. It’s like train platform 9 ¾ in Harry Potter – if you can’t see it, it doesn’t mean it does not exist!

The kind of websites mostly associated with the dark web are marketplaces where illegal goods such as firearms, narcotics, and stolen items are bought and sold. In addition, there are places where criminals hire hitman, exchange child pornography, engage in human trafficking, etc.

Apart from that, the dark web consists of data and content that can be accessed with complete anonymity –this exact thing that makes the “Dark Web” more intriguing! No one knows who’s there and what they are up to.

They are hidden from the prying eyes of the government and unreachable by the laws of society at large! The dark web content could range from a simple blog to a chat room or a website to a private gaming server.

But you know what? The territory is not only for the bad guys; basically, the dark web and Tor are often used by intelligence agencies, journalists, and whistleblowers to exchange confidential information.

Have you seen the movie named Snowden? The movie is based on a real-life employee who dumped highly classified information from the National Security Agency on the dark web in 2013.

Unlike the Dark Web, Deep Web mostly contains harmless sites, ranging from your password-protected social account, paid subscription services on streaming platforms, and the areas that cannot be accessed without a password– (imagine if someone could access your email inbox just by googling your name, you wouldn’t want that right?).

So, basically, everything from unpublished blog posts to pending web page designs, to the pages you access when you bank online, all contribute to the Deep Web.

But is it Safe to access the Deep Web?

Well, the Deep web is relatively safer than the Dark Web and there won’t be any problem accessing it. However, the deep web mostly contains password-restricted accounts that you wouldn’t want to show up in anyone’s search result. But this doesn’t mean that accessing it would be safe, considering the current situation.

For example, your accounts on the deep web have a lot of confidential and personal information that hackers might value. This is one of the reasons why you should use unique and strong passwords.

The risk is going to be higher when you try to access the deep web on an unprotected open Wi-Fi network. That’s the reason why experts recommend using a virtual private network (VPN) which can encrypt your online traffic and protect your privacy.

That’s settled, the deep web accounts for the major part of the internet – about 400-550 times bigger than the Surface Web, and it’s been expanding relentlessly since 2001!

So, whatever results you’re getting from the search engines is just the tip of an iceberg, and what lies beneath it is not known…. 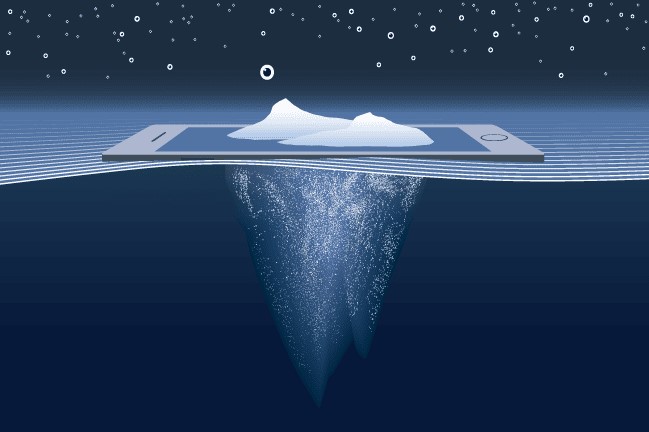 Now that we know the difference, do you feel the itch to know what’s out there exactly? Well, we feel that too!

Do we have to make any blood pact with the devil for accessing the Dark Web? Or does it require a magical phrase to open the Dark cave, just like in the Aladdin?

Well, nope! There are several “technical” ways to access the Dark Net but let’s just focus on the most popular one:

A software called “TOR” or “The Onion Router” is used to unlock the Pandora box… What we actually mean is the Dark Web! It is a popular encrypted browser mostly used to access the Dark Web and even more secure if you use a premium VPN such as ExpressVPN. 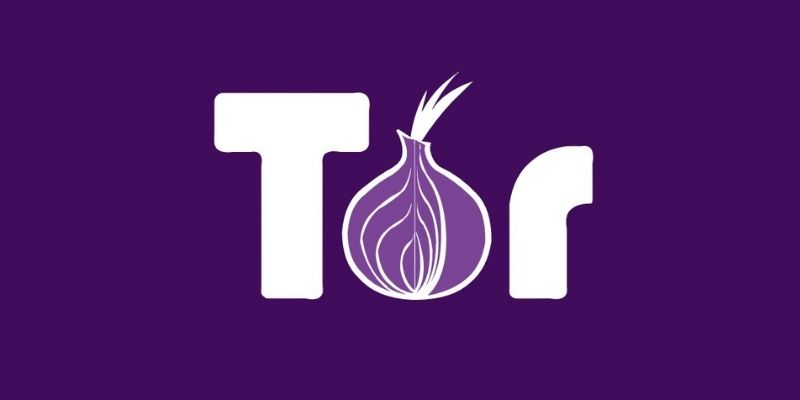 How does TOR work?

Do you know what is Tor? a protocol developed by Naval Research Laboratory, TOR software layers your online traffic in encryption through a random Relay, which is wrapped with another layer of encryption. The encryption is done at least three times across a decentralized network of nodes known as a circuit – the nodes are run by hundreds of curious-minded people, like you – making it hard to identify or track you or your online activity.

In addition to routing encrypted traffic via random nodes, the TOR software deletes your browsing history and clears up cookies after every session – Well, the software has its own ways to ward off the trackers. The name onion is used as a metaphor, as it compares peeling off each layer of encryption with the peeling of an onion’s outer skin.

Here’s how the TOR model works:

So Is Tor Browser illegal in Canada? No, Tor is legal to use in Canada to gain complete anonymity for your sensitive and legal information and data; however, it is illegal to use it for activities that are considered illegal under Canadian cybersecurity laws.

How to access Dark Web in Canada using TOR

Okay, now it’s understood how Tor browser works? Now the question is: How Can I use Tor?

Before moving on, we would like to put on a disclaimer: Don’t do anything illegal!

It’s not like we are doubting your intention or anything; we just don’t want to encourage something bad or illegal. You get that, right?

Now that it’s clear, here’s how you can access the Dark realm of the internet:

Step 1: Use a spare laptop or PC that doesn’t have any private emails, documents, accounts, etc.

Step 2: Install and set up the TOR browser on your device.

Step 5: Use the Tor browser to access its onion address.

Step 6: Don’t enter your original account details or emails when using the Dark Web. It’s better to use a fake email or username.

Step 7: You can use any search engine to explore the Dark Web.

This brings us to our next question;

Is accessing the Deep or Dark web even legal in Canada?

The act of simply browsing through the Deep or Dark Web is not illegal in Canada. However, accessing private data in a Deep Web network, which you are not authorized to access (such as hacking, privacy breach, intrusion upon selection) is a punishable offense under Canadian laws.

According to several researchers, about 57% of the Dark Web contain illegal content such as illicit finances, pornography, weapon and human trafficking, and many more.

So why did people browse through these dangerous territories? Well, we had our reasons! First, the curiosity – the fun of exploring the closed door without knowing what’s behind. Second, 43% of the dark web content doesn’t have any illicit content. Now, that’s a big reason to venture into these spaces, right?

Canadian law enforcement monitors the Dark Web every now and then; however, they don’t have any software (not that we know of) that can effectively detect and monitor illegal access, activities, communications, and trading over the Dark web. So, technically, they are pretty helpless here!

Does this give you a green signal to conduct illegal activities?

Just because you can’t be identified on the Darknet doesn’t mean you can get away with your ill intentions. Canadian Law enforcement would likely be able to detect and track criminal activities done over the Dark Web. The topmost priority of online government watchdogs is to prevent child pornography, illegal trading of firearms and drugs, and fight against human trafficking facilitated over the Dark Net.

The Dark Web – a Safe haven of illegal activities

Law enforcement agencies worldwide have been striving hard to shut down criminal communities on the Dark Web. However, the majority of them are still operational such as Darknet Marketplaces.

The most notorious illegal Dark Web marketplace called the “Silk Road” used TOR for user anonymity and Bitcoin as a transactional currency. The platform was founded and run by Ross William Ulbricht from 2011 till his apprehension in 2013. Since Ulbricht is an American citizen, he was dealt with according to American laws.

The Dark Web is global, and millions of people are accessing it from around the world. 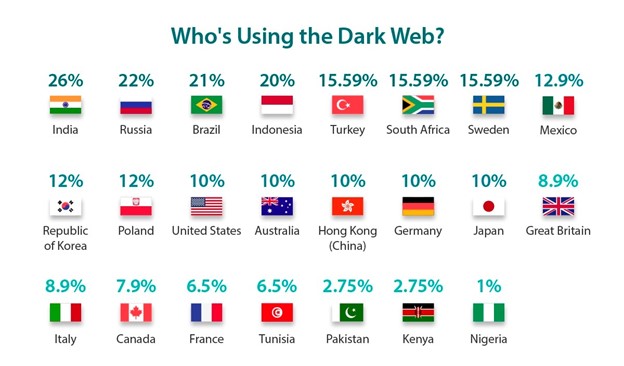 This global and cross-jurisdictional nature of the Dark Web makes it imperative for law enforcement agencies to collaborate beyond the restriction of borders if they really want to address the situation.

Unlike street crimes, the anonymous aspect of the Dark Web makes it incredibly hard for criminal investigators to track when the law is broken and the offense is made.

Some of these websites on the Darknet are accessed only by an exclusive invitation. And these are not just ordinary retail sites but the fully functional ones with different vendor pages, product reviews, product listings, and customer support.

The majority of these Darknet marketplaces receive payment only via virtual currency, such as Bitcoin.

To summarize, the portion of the internet that is accessible and searchable is called the surface web, accounting for about 5% of the entire internet. The other 95 percent constitutes a bunch of websites that are not indexed and cannot be found via regular search – that’s what we called them the “Darknet, a.k.a “Dark Web.”

This part of the internet requires specific privacy mechanisms or software supporting anonymity to get access; for example, Tor or “The Onion Router.”

The rising popularity of VPN use, encryption technology, and interest in cryptocurrencies give rise to a new medium, or forum, for criminals to engage in illegal activities. This advancement has allowed these online criminals to go beyond borders, as browsing and transactions can be done with full anonymity.

The Dark Web provides access to a hidden realm far away from the prying eyes of the government with a lack of accountability for the user. To prevent any potential harm, the deep and Darknet must be considered a devil’s den.