The ICC T20 World Cup 2021 is just around the corner, and fans are already excited! The ground is set, and teams are prepared to clash in scheduled matches commencing from 17th October to 14th November.

With an estimated global audience of nearly 100 million expected to stream the opening ceremony of the 2021 ICC T20 World Cup at the Oman Cricket Academic Ground on October 17, Oman Cricket (OC) is eager to add an Omani flair to the ceremony. It will be a treat to watch for all those who aren’t aware of Oman and its vibrant culture.

With only a few days remaining for the global cricket showdown, CanadaVPNs has gathered some details of the opening ceremony planned by the hosts. Here’s the complete guide on how to watch ICC T20 World Cup 2021 opening ceremony in Canada: 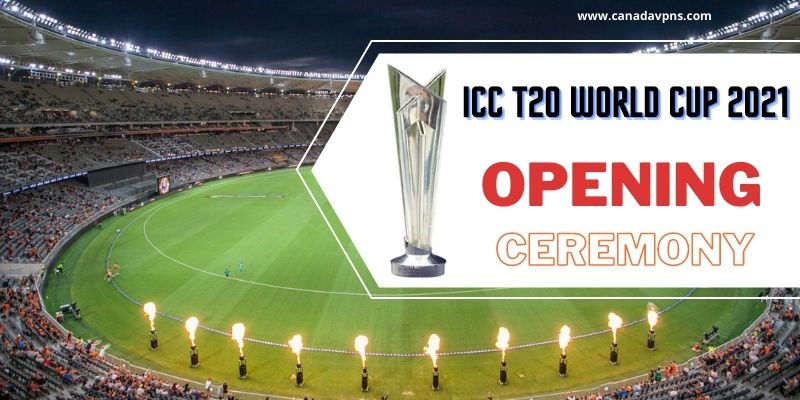 There are a number of Live broadcasters of ICC CWC 2021. You can watch ICC T20 World Cup 2021 opening ceremony in Canada on the following channels:

However, it’s important to note that all of these channels might be subjected to geo-restriction and are not available in Canada. Therefore, Canadian viewers must require a VPN connection to access these services. A VPN hides your real IP address and changes it to the region where these services are broadcasting.

For example, if you want to access Foxtel Go in Canada, you need to connect to an Australian-based server that changes your IP address to an Australian one, making it look like you’re accessing from Australia.

Here’s how you can stream ICC T20 World Cup 2021 Opening Ceremony in Canada using a VPN on any of the above-mentioned streaming channels.

ICC decided to broadcast Men’s T20 World Cup exclusively on subscription broadcast services. It means there will be no free-to-air telecast of the tournament that begins next weekend in the Middle East.

For example, Foxtel and Kayo Sports have the official rights to broadcast all of the tournament’s 45 matches, starting from the 17th of October till the final on November 14th, in Australia. And if you want to watch your favorite team play in these matches, you need to subscribe to any one of the two paid services.

Fans in Canada, however, need to connect a premium VPN to access these Australian-based services. But you know what? The subscription cost of streaming services may vary from region to region.  And by using a VPN server, you can switch to a region where the subscription cost is minimal and you can save some money.

Here we have listed down all the channels broadcasting ICC T20 World Cup 2021 and their cost, so you can choose the best package according to your budget:

Once you’ve decided where to watch ICC T20 World Cup 2021 opening ceremony, let’s have a look at the VPN services that provide the best sports streaming experience:

Excellent speed, good options of servers, and unlimited bandwidth – these are things we need to consider while purchasing the best VPN for sports streaming. After thoroughly assessing 20+ VPN services, we have shortlisted the three best VPN services you can purchase to watch the opening ceremony of 2021 ICC T20 World Cup in Canada:

1. ExpressVPN – undoubtedly the fastest VPN service in the market, ExpressVPN offers 94Mbps speed on a 100 Mbps connection. With a server bank of 3200+ worldwide, you can stream your favorite sports in Canada and from anywhere around the globe. You can get its subscription for only CA$ 8.59/mo (US$ 6.67/mo) - Save 49% and get 3 extra months FREE with 12-month plan, which comes with a 30-day money-back guarantee.

2. Surfshark – If you’re an avid sports lover and looking for an affordable option to stream ICC T20 World Cup in Canada, Surfshark should definitely be on your list! With 3200+ servers in 60+ countries, it’s a perfect VPN choice for geo-restricted streaming. It costs around CA$ 2.96/mo (US$ 2.30/mo) - 82% off VPN deal on 2 year plan with 2 months free with a 30-day risk-free experience and unlimited gadgets connections.

3. NordVPN – has the largest server network (5500+ servers in 59 countries). NordVPN is another renowned VPN provider offering impeccable speed for only CA$ 4.24/mo (US$ 3.29/mo) - 2 years with 60% off + Threat Protection for free. The best part is you can cancel its subscription after 30 days and revert your transaction if you aren’t satisfied. 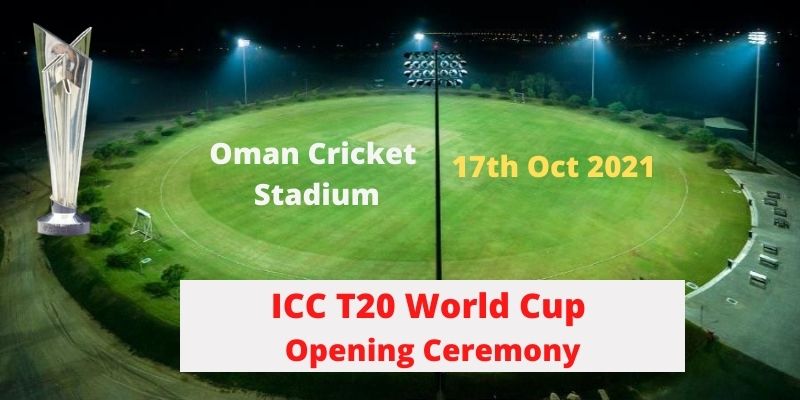 ICC T20 World Cup was originally scheduled to host by India, but it got postponed due to the recent onset of the COVID-19 pandemic. Now that humanity has returned to normalcy again, the event is taking place at a new venue: Oman and UAE with Oman Cricket Stadium will host the ICC T20 World Cup opening ceremony.

A dazzling double delight has been prepared. OC has confirmed that the ceremony will be a “Tribute to Omani women” as the event date coincides with Omani Women’s Day, i.e., 17th October.

Fortunately, October 17 is also Omani Women’s Day, and we decided to pay tribute to Omani women, and the sultanate with a performance by Royal Cavalry’s all-women mounted band. They have performed at Royal Edinburgh Military Tattoo, considered to be the best outdoor event, and even played in front of Queen Elizabeth II at Windsor Castle in London.

What to expect in ICC T20 World Cup Opening Ceremony 2021?

Oman Cricket has announced to deliver an Oman-centric show at ICC T20 2021 world cup opening ceremony. According to the statements of Chairman OC,

“it is decided that the all-women Royal Cavalry band will perform to Omani Classical, western and Bollywood numbers at the opening ceremony and sign off the performance with the ICC T20 World Cup anthem.”

Speaking of which, have you checked out the official anthem of ICC Men’s T20 world cup? If not, here you go:

The total time duration of the ceremony is 20 minutes as the ‘slot will be the 30 minutes between the toss and the start of the match,’ which hosts Oman will take on Papua New Guinea (PNG) at 2:30 pm (3:30 am in Canada).

Here’s the gist of how the ICC T20 World CUP opening ceremony will look like:

That’s a wrap on our guide to “who to watch the ICC T20 World Cup 2021 Opening Ceremony in Canada.” The ICC T20 World Cup is the biggest cricket event, followed by 100-200 million viewers worldwide. The competition is expected to kick off with a spectacular opening ceremony at the Oman Cricket Academy Ground on October 17th.

It will be live-streamed at ESPN Plus and Disney+ Hotstar along with other streaming channels. However, Canadians cannot access these services due to geo-restriction. Therefore, you need a reliable VPN connection to geo-spoof your location and stream the ICC T20 World Cup opening ceremony in Canada. So, which team are you rooting for this time?