How To Watch IPL in Canada 2021?- Live Streaming online!

Attention Cricket Lovers! The 14th edition of IPL has finally returned to our screen after being postponed due to the rising COVID-19 cases in May. Now that the virus situation has calmed down a bit, your favorite IPL teams have returned for a final showdown, this time, in the United Arab Emirates. While the highly-anticipated season of IPL has already begun, the big question is “how to watch IPL in Canada ?”

You can stream IPL on various streaming channels in Canada, but Disney+ Hotstar has the official rights to broadcast the event live from Abu Dhabi. But unfortunately, the streaming service is inaccessible in Canada. But don’t worry! we have got that covered! To live stream the matches on Disney Plus Hotstar in Canada, you would require a VPN! Scroll down and find out how you can watch IPL in Canada with a VPN. 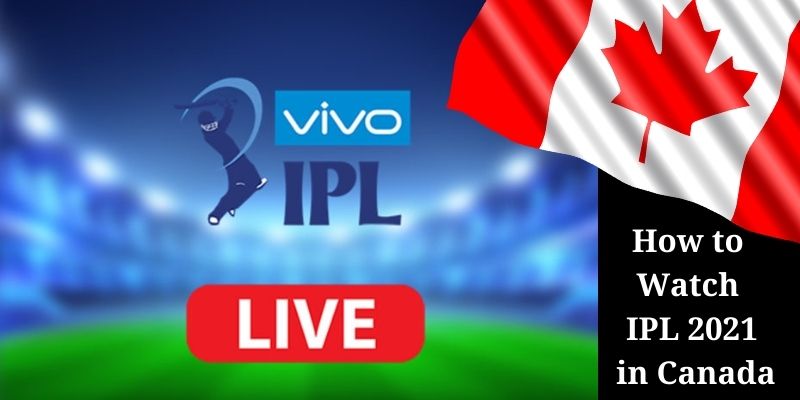 Are you excited? Of course, you are! To counter your fear of missing out on the nail-biting IPL matches, we have updated this guide to let you know how to watch IPL 2021 in Canada.

As mentioned earlier, IPL 2021 will be live-streamed on Disney+ Hotstar India as it has exclusive digital rights. Viewers who have a subscription to the Disney+ Hotstar app can enjoy all the matches. But the streaming service is geo-restricted and only accessible to Indian viewers.

Then, how to watch IPL in Canada in 2021 Live online? Well, you can easily bypass this restriction and watch IPL 2021 live in Canada through a VPN. A VPN is the only way to effectively circumvent region-blocking so you can stream IPL matches without any restriction.

Here is how you can watch IPL online using a VPN in Canada:

Step 3:Connect to an Indian server.

Step 6: Pay to complete your subscription.

Note: Once you get connected to your Indian VPN server,  you can enjoy the free Hotstar India content. But if you want to access the exclusive content then you will have to buy the Disney+ Hotstar Premium package that will charge you 25.62 CAD (1499 INR)/Year. To make payment for Disney plus Hotstar subscription in Canada, you can read out our detailed guide.

Why a VPN is needed to Watch IPL 2021 Cricket Online?

These last two months have been remarkable on sports league kickoffs. After a spectacular start of the 30th Premier League season in England, another world’s biggest sports event Indian Premier League 2021 has joined the party!  and has resumed its remaining matches in the United Arab Emirates.

While the IPL 14th season is available in 120 countries worldwide, many of these options are expensive and aren’t available online. If you wish to watch the IPL at a lower price online, or can’t watch it at all, then an excellent VPN to cater for geo-blocking technology would help you out.

With the help of a VPN, you can watch the 2021 IPL on any of these streaming platforms because it hides your actual location by redirecting your internet traffic.  A VPN will redirect your internet traffic through one of its private servers and subsequently change your IP address.

This fools streaming platforms like Willow TV and  Disney+ Hotstar because your new IP address is from a country with access to the streaming platform. This would allow you to watch the IPL and other cricket matches.

To register amongst the list of best VPN services to watch LIVE cricket, a VPN should ensure the security and anonymity of a subscriber at all costs offering fantastic speed, a no-logs policy, zero buffering, reliability, accessibility, and non-stop provision of access to restricted content.

Here are our top 3 picked VPNs to unblock Disney Plus Hotstar in Canada for Live streaming of IPL 2021 matches.

ExpressVPN is the most recommended VPN to watch the IPL Live without lag or buffering and ranks as the top VPN in many regions, including Canada. This app, built on a simple interface, provides consumers with unlimited bandwidth and excellent speed to enjoy their games.

With ExpressVPN, you only need 5 Mbps to watch the IPL in HD, and our tested speeds were more than fast enough while connected to different servers in India and the US. ExpressVPN also increases your speeds by dropping encryption with its MediaStreamer. MediaStreamer increases your speeds and allows you to watch the IPL on any WIFI-compatible device. 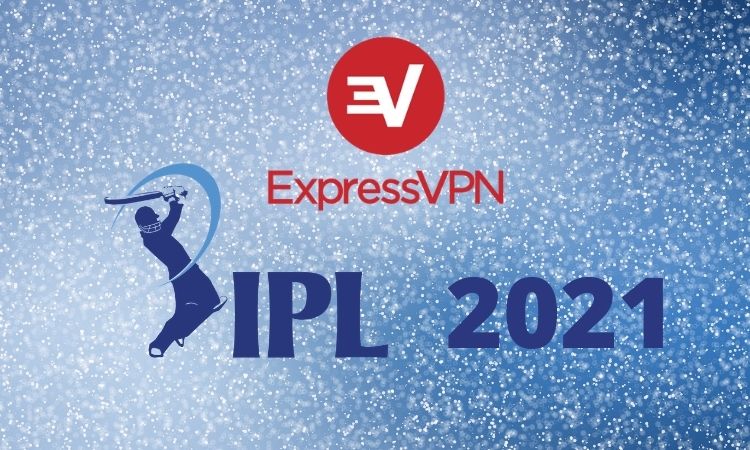 ExpressVPN uses a unique kill switch feature. With this VPN service, you will get access to over 3000+ servers in 94 countries, which means that wherever you are, you’ll be able to get a quality connection. Additionally, all your data is protected by AES-256 encryption as standard, with a  selection of protocols and even split-tunneling to tailor your usage.

With a clear privacy policy and easy manual guides, ExpressVPN knows how to stand out despite close competitors all over the world. This VPN is a bit pricey, but every dollar is worth its price.

2. NordVPN- Watch the best of IPL 2021 with SmartPlay DNS

NordVPN serves as the most reliable VPN to watch the IPL this season, thanks to NordVPN’s SmartPlay DNS feature. With this feature, you can watch the IPL faster on the steadiest connection without any lag. NordVPN is famous for its 5500 servers spread in 59 countries globally.

With load times being a significant problem while using a VPN, NordVPN provides users with a fast, stable connection that can be used anywhere and on any public Wi-Fi, so no problems are encountered watching the IPL. 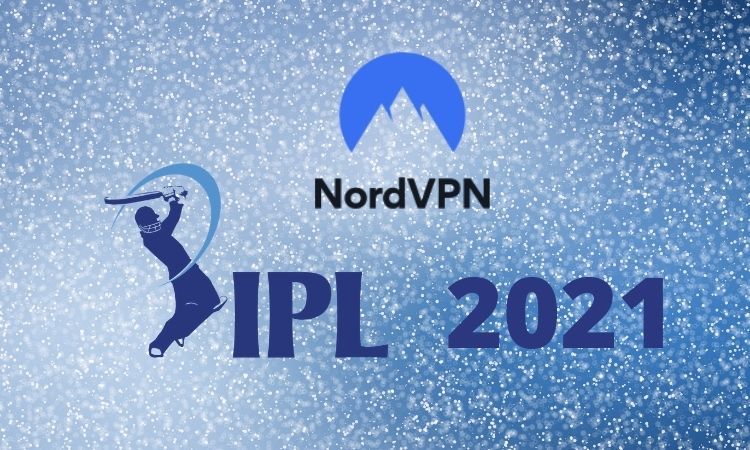 This secure and encrypted VPN is compatible with iOS, Android, Mac, and Linux. A notable thing about this VPN is its ability to connect to 6 devices with a single NordVPN account. Slightly on the heftier side in terms of price, this VPN can unblock a wide variety of apps in Canada, including the top favorites: US Netflix, Hulu Live tv, YouTube Live tv, US Amazon Prime video, Disney+, Hotstar, and more.

For users that are hesitant about this VPN on the first try, NordVPN provides a money-back guarantee for 30 days. This enables the users to test the VPN inside out before purchasing.

Another VPN with a 30-day money-back guarantee, Surfshark ranks third in our best VPN for LIVE IPL streaming. Surfshark provides users a no-log policy along with a kill switch that disables your internet as soon as your VPN connection drops due to an unknown reason. The kill switch provides maximum security and protection to its users that a VPN can give. 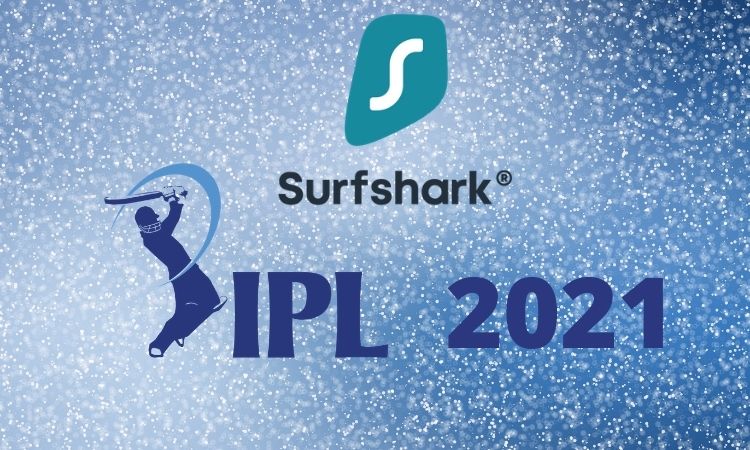 Surfshark lets you connect an infinite number of devices to a single VPN account, unlike other VPN providers. This gives Surfshark an edge to be bought by any user. This proves useful with a big family and wants to stream the IPL in every room or have housemates that can’t bear with your matches on one daily television!

Surfshark’s features also include a camouflage button that works as a disguise to the VPN itself. It means that your internet company cannot identify whether you’re using a VPN or not. It is yet another added protection by the VPN provider. Surfshark also provides the AES 256 encryption so that your data is secured and private follows a strict no-logs policy.

Other than Disney+ Hotstar, the 2021 IPL season will be live broadcasted on various other streaming channels such as Willow TV in the US, Sky Sports in the UK, and Kayo Sports in Australia. YuppTV is another streaming service with official broadcasting rights to telecast IPL matches in countries like Australia, Bhutan, Nepal, the Maldives, Europe, South, and Central America.

If you are traveling to any of these countries, you can easily tune into these channels to stream the live matches of IPL 2021. However, these services are restricted to their respective regions and are not accessible in Canada. Fortunately, VPN has once again come to the rescue! Cricket fans in Canada can watch the IPL cricket matches on any of these supported streaming services by using a VPN.

Mentioned below are a few of the channels that will be broadcasting LIVE IPL in Canada via VPN:

How to watch IPL 2021 Season online on the Hotstar app?

You can also watch IPL live streaming VPN on the Hotstar app in Canada. Since the app is also affected by geo-restrictions, you need a VPN to access IPL 2021 live streaming in Canada. Here’s how you can do it:

The Updated Schedule of the IPL Season 2021

After the excruciating four-month intermission, the 2021 season of the Indian Premier League reawaken in the UAE. The postponed Indian Premier League 2021 has resumed on 19th September, with 10 doubleheaders, 7 single headers, and 4 playoffs are scheduled to be played during the three-week window.

The final of IPL 2021 will be held on 15th October at the Dubai stadium. Here is the complete schedule of 2021 IPL matches;

IPL streaming platforms are not available for free in Canada. However, Disney Plus Hotstar Canada provides you the platform to stream live cricket at a reasonable cost. Globally, you will need a VPN to watch IPL cricket for free on different free platforms available, but only for a limited time. The list of platforms include

Reliable and trusted VPNs like ExpressVPN, Surfshark, and NordVPN offer a money-back guarantee. If you combine the free trial periods and your VPN, you can catch a few matches of the IPL for free. However, after the trial period expires, the user must buy a VPN subscription to continue to access these platforms from anywhere.

Cricket fans in Canada can watch live streaming of IPL 2021 on Disney+ Hotstar through a VPN because it has exclusive official broadcasting rights for live IPL 2021 matches. Besides Hotstar, you can also watch the event on Kayo Sports, Sky Sports, and various other supported streaming services by connecting to a VPN server of that particular region. A VPN helps disguise your Canadian IP address and change it to the region of your choice.

How to watch live IPL on mobile?

If you have a Hotstar subscription, you can follow the match live on your mobile via the Hotstar app.

Is Hotstar free for watching IPL 2021 in Canada?

No, Hotstar is not free for Canadian users. They can tune into Hotstar Canada after paying a monthly subscription priced at CAD 12.99 (roughly ₹ 7,81). But if they use a VPN and subscribe to Disney+ Hotstar, it will cost them CAD 4.97 per month.

Indian Premier League (IPL) 2021 has kicked off and you can watch the matches live by subscribing to one of our top-notch VPNs. You can also catch the cricket matches live on your television screens in Canada through various sports channels. Disney+ Hotstar is the No 1 option and the cheapest platform to watch IPL in Canada 2021 for fans who won’t be able to watch the cricket matches in the stadium Live! Use VPN and get connected to Disney Plus Hotstar. BTW, which team are you rooting for this time?