How to watch UEFA Champions League live in Canada

Catch all the live-action with our guide on “how to watch UEFA Champions League live in Canada.”

Liverpool, Ajax, Juventus, and Bayern Munich are the four teams that have successfully scored mathematical wins and a spot in the UEFA Champions League Round after a neck-to-neck knockout game. Each of these teams belongs to Group B, Group C, Group H, and Group E, respectively. While these teams have managed to find a place in the tournament, RB Leipzig (Group A), Besiktas (Group C), and Malmo FF (Group H) were the first ones to get kicked out and be eliminated from the most-anticipated Champions League.

Leigzip and Malmo are probably ready to be placed third in the knockout round of Europe’s top-tier, Europa League. On the 5th Matchday, many new developments are going to be witnessed after that only one final group match is to be played in December. This will, of course, be followed by the Winter Break; the Round of 16 is officially getting picked up in the February of 2022. 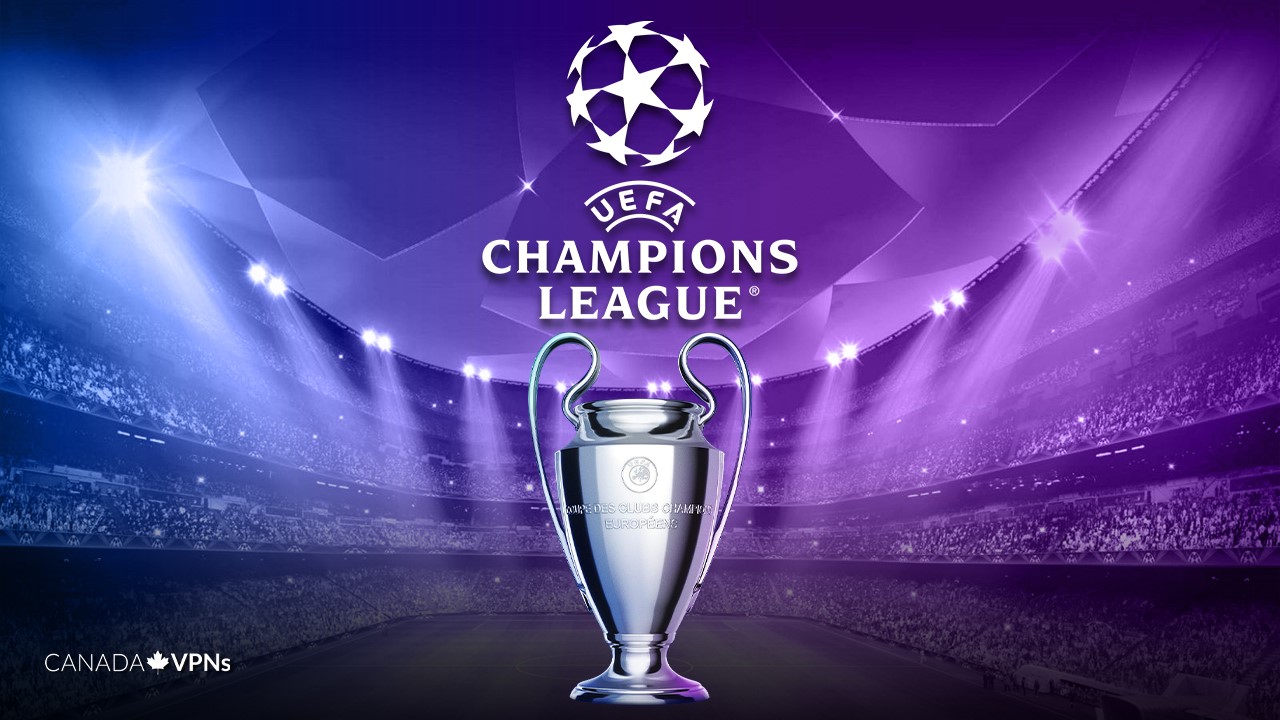 Canadian fans are super excited and have shown much interest in watching their hometown talent in action in the league. Alphonso Davies (Bayern Munich), Jonathan David (LOSC Lille), and the Besiktas duo of Cyle Larin and Atiba Hutchinson are serving as regulars for their respective clubs.

The news is that Davies is not participating this week. Also, Calgary-native defender, Fikayo Tomori, is serving as the starter for AC Milan in Italy. However, Tajob Buchanan is the player you should be on the lookout for, that is, when Club Brugge qualifies for the next group stage.

CBS is the official broadcaster of the UEFA Champions League, covering the event live in the USA and abroad. However, unfortunately, CBS is not available in Canada due to geo-restrictions. But don’t worry we’ve found a perfect workaround about how to watch UAEF Champions League live in Canada with a VPN. Here’s what you need to do:

Note: CBS got exclusive rights to the Champions League and with its subscription, you can get to watch your favorite tournament without any difficulty. you can even watch CBS live without cable with one of these streaming services: Hulu with Live TV, Paramount Plus, FuboTV, YouTube TV Live in Canada, and AT&T TV.

And the best part is, some of the platforms offer a free trial to newbie viewers. This means you can watch UEFA Champions League free for a limited time period. But for that, you need to connect to a premium VPN service since all of these platforms are geo-restricted in Canada. we have breakdown all the details for you here:

Football fans can enjoy undisrupted streamed on CBS Sport by subscribing to the channels as well as a premium VPN.

The Best 3 VPNs to Watch Champions League in Canada

Looking for the best VPN to unblock the geo-restrictions imposed by the broadcast? Use the following VPNs:

Known to be the best VPNs for streaming the Champions League in Canada, ExpressVPN has a network of 3000+ servers in 90+ countries with easy connectivity. The VPN provides a strong connection and that too on a single subscription. ExpressVPN is compatible with numerous devices and software.

If you’re planning to use ExpressVPN, know that it has a 49% discount along with 3 free months. The yearly package is cheap as it’s only CA$ 8.98/mo (US$ 6.67/mo) - Save 49% and get 3 extra months FREE with 12-month plan. You can claim a refund within the first 30 days as ExpressVPN provides a 30-day money-back guarantee which is great. Take advantage of the 24/7 customer service facility any time you want.  Its download speed is 81.29 Mbps and its uploading speed is 43.62 Mbps on a 100 Mbps connection.

With the help of this Premium VPN You can watch some of the most exciting current sports event like English premier league 23, NFL and US Figure Skating Championship 22-23 in Canada without any resistance

Surfshark has approximately 3200+ servers in over 60 countries. As a matter of fact, it has 500+ servers in the US alone. Apart from the unlimited connection on a single subscription, there is the assurance of compatibility with literally all major devices possible. Go for its 2-year subscription plan as it comes with an 81% discount. The final cost is CA$ 3.1/mo (US$ 2.30/mo) - 82% off VPN deal on 2 year plan with 2 months free.

You also get 24/7 customer support and a 30-day money-back guarantee; this is your ultimate go-to choice for VPNs. Get its live chat option for instant help. The speed is 80.72 Mpbs from a 100 Mbps connection.

A user-friendly VPN  with roughly 5400 servers across 59 countries, NordVPN easily connects to any server local to the United States. At one time, you can connect it to six different devices; all of it possible on a single account. It is also compatible with Windows, Mac, Android, Linux, etc. 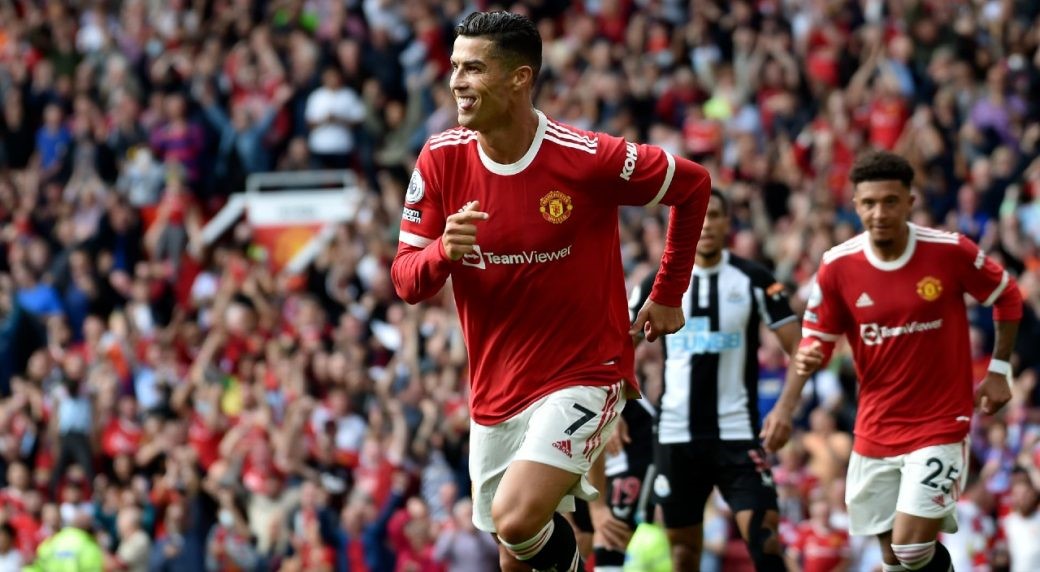 Below is the complete schedule of UEFA Champions League season 2021-22:

The UEFA Champions League is coming back with a bang; the format is the same as before but there are some major twists and additions to the tournament.

Hence, the tournament will begin from the group stage where there will be eight groups of four teams. From every group, the top two finishers will qualify for the next round of 16 that will start in February next year. After that, two-leg, goal knockout rounds will be played till the tournament reaches the finals that will be held next year in Russia on the 28th of May.

And here’s the actual twist: This is going to be the first time since 1965 when there will be no away goals tiebreaker applied in the knockout series of the UEFA tournament. This was actually abolished in June this year.

Which teams will go on to the next round? The ones that go directly to the extra time, and if required, the penalty-kick shootout.

Champions League in Canada: How to watch on CBS

To watch Champions League in Canada, you can use ExpressVPN to remove the geo-restrictions imposed on the channel broadcasting it. There are also premium VPNs also that may help you.

Can I watch the UEFA Champions League on YouTubeTV?

Yes, you may choose to watch the Champions League matches via YouTube TV as it also provides access to CBS live. Unfortunately, the service is geo-restricted and you will require a VPN regardless.

Can I watch UEFA Champions League for free?

You need to have access to a premium VPN, like ExpressVPN, in Canada to live stream UEFA Champions League in Canada.

Yes, you can stream UEFA live on CBS using a reliable VPN service, like ExpressVPN, NordVPN, or SurfShark.

UEFA Champions League is a highly-competitive football competition organized by the Union of European Football Associations and contested by top-ranked European clubs. The event is followed and watched by billions all over the world. Fans in Canada can also watch UEFA live on CBS sports through a reliable VPN such as ExpressVPN. With this, we are now concluding our guide on “how to watch UEFA Champions League live in Canada.” If you have any further queries, please drop them in the comment section below!