How to Watch SonyLIV in Canada in 2021 [updated guide]

Are you an Indian content lover at heart? Of course, why wouldn’t you? I mean who doesn’t like to be intrigued with constant drama, action-packed flicks, and crazy reality shows. But it’s frustrating when you can’t access the streaming service in Canada. Wondering how to watch SonyLIV Canada? Simple! Just install a good VPN and stream your favorite Sony show online in Canada.

For Indian expats in Canada, options are pretty limited, as streaming channels like SonyLIV are only restricted to Indian residents. But fret not! the intelligent VPN technology has once again come to the rescue. 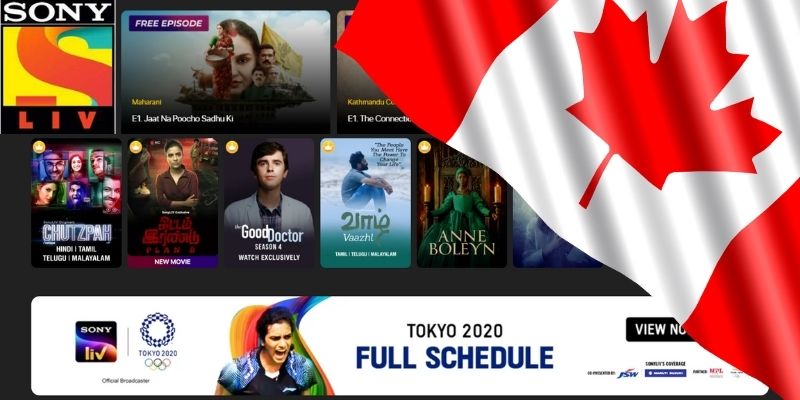 How to Watch SonyLIV in Canada via VPN? [Quick Steps]

Although SonyLIV is not available in Canada; its geo-restriction doesn’t have to be the end of your entertainment! You no longer have to miss out on your favorite Indian titles, when you can easily access Sonyliv through a premium VPN. Yes, even Kapil Sharma new show online!

Follow these simple steps to unblock and watch SonyLIV in Canada using a VPN:

Now let’s take a look at some of the best VPN services to watch Sony TV live in Canada.

After thoroughly testing some of the popular VPNs in the market, we have rounded up a list of top best VPNs to stream SonyLIV in Canada because of their extraordinary performance:

Why SonyLIV is not available in Canada?

Considering the number of Indian expats spreading in Canada and around the world, more and more people are seeking to access popular streaming sites such as SonyLIV from outside India. Founded in 2013, SonyLIV is India’s first over-the-top Freemium streaming platform owned by Sony Pictures Networks in India.

It offers a plethora of content including Sony originals, content from national production houses along with international movies and series. In short, it has something for everyone’s liking!

But there’s one tiny problem: SonyLIV is not available in Canada because of licensing restrictions on media houses. Even if you have its subscription account, you won’t be able to access it from beyond Indian territories. This is where VPN comes into action by changing your IP address to an Indian IP address, so you can access content without any restriction.

A VPN is the only tool that can help unblock geo-restricted content with just a few clicks. If it wasn’t for VPN, the following error message would have been your only fate:

“Sorry, our services are not available in this country. But we’ll be waiting for you with all your favorites back home. See you soon.” 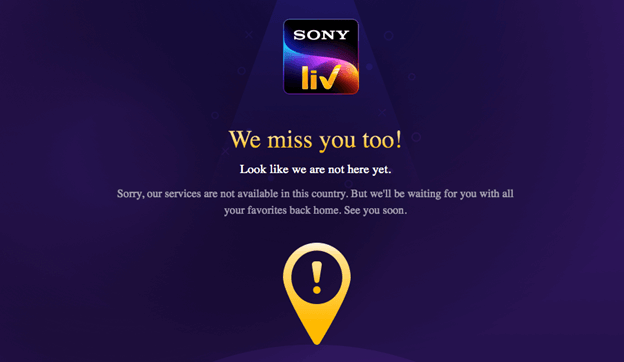 There is a big competition among the candidates in the VPN market and most of them are capable enough to unblock SonyLIV and many other streaming platforms. However, we have picked the top three most trustworthy and sustainable VPNs for you to quickly log in to SonyLiv and do not miss your favorite serials or sports.

In our testing, ExpressVPN came out on top in almost every aspect. Not does it only provide impressive security features, but a stellar streaming downloading speed of 86.69Mbps on a 100 Mbps connection at a price of $6.67/mo only for 15 months.

It has a huge network of over 3000 servers in 94 countries, among which 3 servers are in India alone – how about SonyLIV streaming tonight?

Its outstanding, easy-to-use app, superb speed, impressive 24/7 customer support, 30 days money-back guarantee, and broad compatibility across a variety of devices make it our top recommendation for watching SonyLIV in Canada.

This service is compatible with Mac, Windows, iOS, Android, even Blackberry or Linux and offers ExpressVPN apps and extensions for devices and browsers.

ExpressVPN is a leading VPN when it comes to cross geo-borders and access restricted streaming networks in Canada or anywhere. It allows its users to enjoy US Netflix Library in Canada, HBO Max exclusives, VH1 Music streams, Sports on Kayo tv in Canada, and other premium content on popular streaming services. With ExpressVPN, you can also watch various Indian streaming services such as Voot Canada and Disney+ Hotstar.

Surfshark has made its reputation as one of the affordable VPN connections in the industry. With 3 functional servers in India, it offers smooth streaming of SonyLIV in Canada. Moreover, the servers are protected with AES 256-bit encryption and also have a strict no-logs policy. You can avail of its 2-year package for $2.49/mo  only. 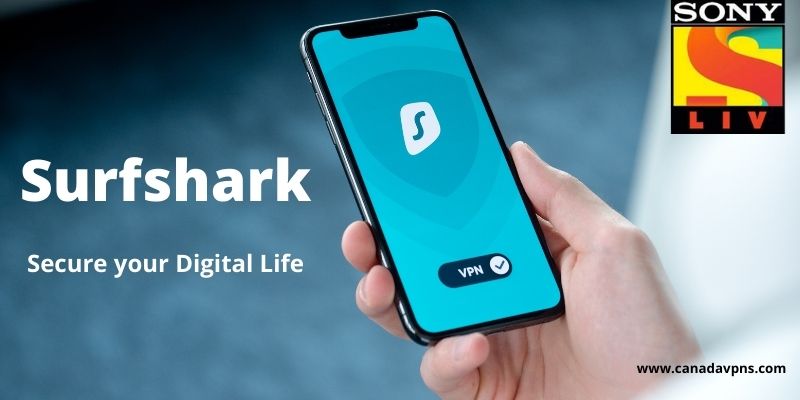 Yes! It’s an all-rounded VPN service for less than half of the price of the industry’s leading products. You might not get every single bell and whistle, but for those looking for stable connection and powerful security, this service has got all for you! You can run this app on plenty of android and iOS devices, including Windows, Mac, and Linux.

Surfshark is a suitable choice when it comes to unblocking other streaming services like CTV outside Canada or live streaming from Crave tv when you are not in Canada.

Undoubtedly one of the biggest names in the cybersecurity industry, NordVPN offers impeccable service that is hugely secure and perfect for streaming. While it can’t quite offer all the perks of ExpressVPN, it is still hot on its heels and provides a completely secure, and glitches-free online experience.

This service covers military-grade encryption and offers some extra features such as a kill switch, DoubleHop Servers, Onion Over VPN, and plenty of options to let its users choose their preferred speed and security. NordVPN offers a two-year subscription for $3.67/mo  with a one-month money-back guarantee and 24/7 customer assistance. 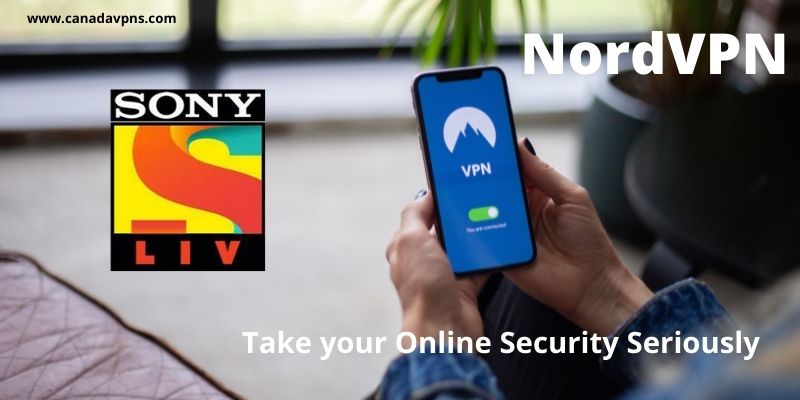 NordVPN has around 9 servers in India that makes it a perfect tool to watch Sony TV live and other Indian streaming networks like Hotstar Disney+ in Canada. Wondering how to watch an Indian Sony TV serial tonight? I guess you have got the answer!

How does a VPN help to unblock SonyLIV in Canada?

Well, that’s because the streaming service is only accessible for Indian viewers. And it requires a VPN for international viewers to bypass the geo restrictions and access the content.

But why this hassle? You may ask.

Well, streaming services like SonyLIV heavily relied on distribution contracts to have content from other studios on their platform. Since these studios own the content rights, they can leverage their authority and negotiate these distribution deals for particular regions separately. Obviously, these aren’t free content!

These production companies (copyright holders) place restrictions on their content to be shown in other regions, but not the platform itself.

So, in simpler terms, if you’re an international viewer, you have to use VPN to unblock SonyLIV or SonyLIV TV.

Yeah, it’s frustrating not being able to watch your favorite shows. But we have a perfect workaround! You can now bypass this restriction by downloading any of our recommended VPN mentioned above.

Is there any Free VPN for SonyLIV in Canada?

Yes, but we don’t recommend it! Honestly, there’s no such thing as a Free VPN service, as many free VPN providers have been found keeping track of their users’ online activity and selling this data to third-party companies for advertisement purposes.

Besides, free VPNs aren’t being paid to keep your online experience great anyway. Neither are they paid for securing your online identity, so we can’t really complain much! All in all, it’s a bad idea to stream content through a free VPN service, as you will most likely share it with thousands of people at the same time – imagine how the speed is going to be!

So it’s best to subscribe to a premium VPN provider that ensures the safety and smooth streaming of the SonyLIV web series. 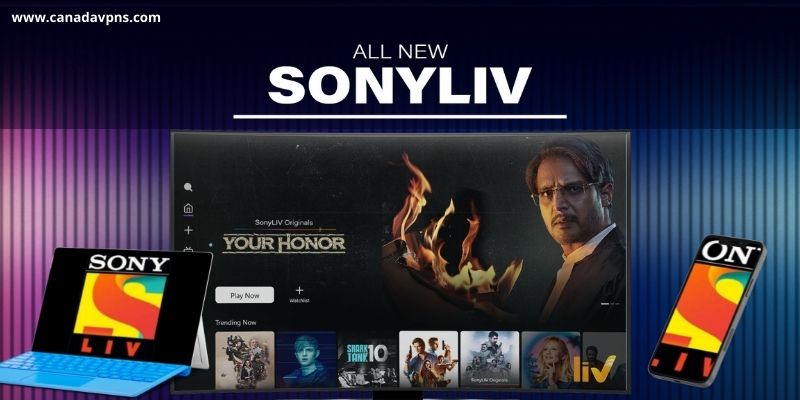 Be it for Sony tv live streaming or live Sony Six, you can use SonyLIV on any of the following devices:

You can easily download the SonyLIV app in Canada on your Android phone, tablet or tv following these steps

Similarly, a VPN and SonyLIV app are supported by all iOS devices. Follow these steps and enjoy Sony tv Live streaming in Canada.

Check out the SonyLIV subscription price

SonyLIV subscription is only limited to Indian users, but Canadian users can also avail of the premium subscription through a VPN. For this purpose, you will require an Indian phone number, email, or a social media account to buy its yearly or monthly subscription.

For a LIV premium subscription, you can make your transaction through debit/credit card, Wallet, Lazy Pay, UPI, and PayPal.

What to Watch on SonyLIV in Canada?

SonyLIV offers 20+ Live TV channels including its originals. Some famous SonyLIV channels are as below; 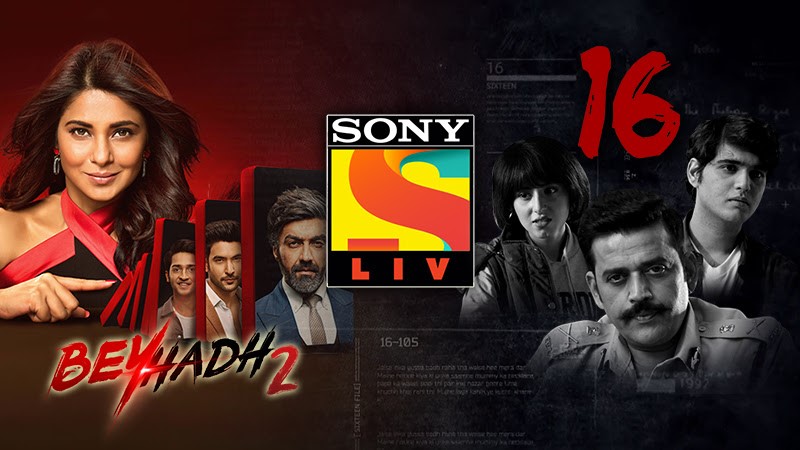 
Can I watch SonyLIV on Firestick for free?

Yes, SonyLIV is a free streaming site. If you own a Fire TV device, you can stream live Sony Indian channels, including MTV, Doordarshan Live, Discovery, and more. All you need to do is to connect your device with a VPN Indian server and download SonyLIV free app for streaming.

How many devices can I use for streaming SonyLIV?

You can stream SonyLIV on 5 devices simultaneously.

How can I watch free SonyLIV in Canada?

SonyLIV is already free streaming, offering their free membership under a freemium model that lets you enjoy ad-supported content for free in Canada or anywhere outside India.

However, you will need a premium subscription to watch exclusive content available on SonyLIV.  It offers three subscription packages for premium membership ranging from INR 199 to INR 399.

Is SonyLIV Premium membership available all over the world?

No! People from countries such as India, Kuwait, UAE, Saudi Arabia, Bahrain, and Oman are the only ones who can avail SonyLIV monthly membership. The rest of the people can avail SonyLIV premium subscription through a VPN.

Is a SonyLIV subscription worth it?

Yes! With a SonyLIV subscription in Canada, you can enjoy an ad-free streaming experience, along with access to exclusive content available on SonyLIV. As SonyLIV is not working in Canada, you also need a good VPN subscription to unlock the region-restricted content.

How can I watch SonyLIV on my laptop?

You can watch SonyLIV on your laptop through Bluestacks. Here’s how you can do it:

Can I watch SonyLIV on TV using Chromecast?

Yes, the latest version of SonyLIV is compatible with Google Chromecast. You can cast your phone or laptop screens to your tv and live Sony tv on the big screen.


Can I watch SonyLIV on TV?

Yes, you can use a casting feature in your phone to watch SonyLIV on a bigger screen such as a TV. For those who don’t have the Chromecast, integration can use “screen sharing” available on many latest Android devices, as well as on Chrome browser. The feature is also available on the SonyLIV app for iPhone.


Can I see the IPL on SonyLIV?

Yes, After connecting to your VPN, you can watch IPL live streaming on SonyLIV for free.

I hope this guide has answered all your queries related to “how to watch SonyLIV in Canada?” Just to summarize, all you need is a great VPN to access the geo-restricted content on SonyLIV Canada.

Considering the speed, performance, and fast streaming facilities, we recommend ExpressVPN as an ultimate choice to unblock content and enjoy a smooth streaming experience. So, what are you waiting for? Purchase your suitable VPN subscription and start streaming already!