Learn how to set up VPN on router with our comprehensible guide!

VPNs are nothing less than a miracle tool that gets you through geo-restrictions while also providing privacy and security over the internet.

Speaking of which, it’s better to have as much security as you can get over the internet, especially during times of rampant cyberattacks and data breaches. From scrolling through social feeds to simply watching a favorite show on a smart TV, the risk of being hacked today is three to four times higher than the times we used to have just one computer.

Besides, it’s no longer a concern anymore, but also a duty to have protective software installed on each of your devices. Since an average household has at least nine connected devices, it’s pretty difficult to ensure the same amount of safety across all the gadgets.

There’s where a VPN router comes in to make your job easier! We know, it’s quite tedious to install separate antivirus software on each device, but with a VPN router, you can skip this manual per-device-installation procedure by simply setting up a blanket VPN on your router. It’s convenient, swift, and lessens all the extra aggravation of some VPNs. Do you want to learn how to set up VPN on router? Here’s your guide. But first of all, get to learn about a VPN router! 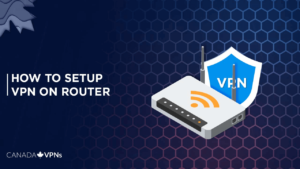 What is a VPN router?

A VPN router acts like an umbrella under which all the connected devices are automatically routed through a VPN, providing network-wide online security to your entire household. It works the same way as a usual VPN client, providing access to geo-restricted websites, hiding your actual IP address, and encrypting your web traffic. The only difference is that instead of limiting the functionality to just one device, it covers your entire network.

A VPN router is especially useful for those having multiple gadgets in their homes. Most particularly, when some of those gadgets might be running connected software that starts before we get the chance to turn on our VPN. With a VPN installed on your router, anyone using your network to access the internet or watch the geo-restricted show will automatically be using the VPN.

How to set up VPN on Router? Step by Step Process

The process of setting up a router differs based on the brand and its configuration software. Wondering how to use a router with a VPN? Scroll down to find its answer.

Checklist for installing a VPN on Router

Before diving straight to the guide of how to setup VPN on router, you need to verify and check the following things:

Installing a VPN on Router

Here’s how to install VPN on router. We recommend ExpressVPN as it provides pre-configured routers

Step 1: Open your web browser and go to your router’s configuration interface. You can easily find it at the first IP address in your internet network. To start, try common options 10.0.0.1 and 192.168.0.1.

Step 2: In case you don’t know your admin password; you might have to set it again. You can find default passwords for common home routers here: routerpasswords.com.

Step 3: In the settings, locate the VPN option. You may find it under advanced settings.

Step 4: Select the VPN client. Make sure you have selected a VPN client and not a VPN server. In this way, your VPN will connect to a third-party VPN service, instead of hosting its own.

Step 5: Incorporate the correct settings. Almost all major VPN providers usually offer a detailed guide to set up correct VPN settings on your router. If your VPN provides an OpenVPN config file, upload that instead of entering the settings manually.

Step 6: Complete the installation process. Finish any essential post-sept-up steps to begin using a VPN-enabled router. For example, you might have to tweak some options in your router’s firewall configuration.

Once done, ensure that all the websites are working on the devices connected to your router. You can now access geo-restricted websites without manually turning on the VPN on each of the devices.

Tips of using a VPN router to the fullest 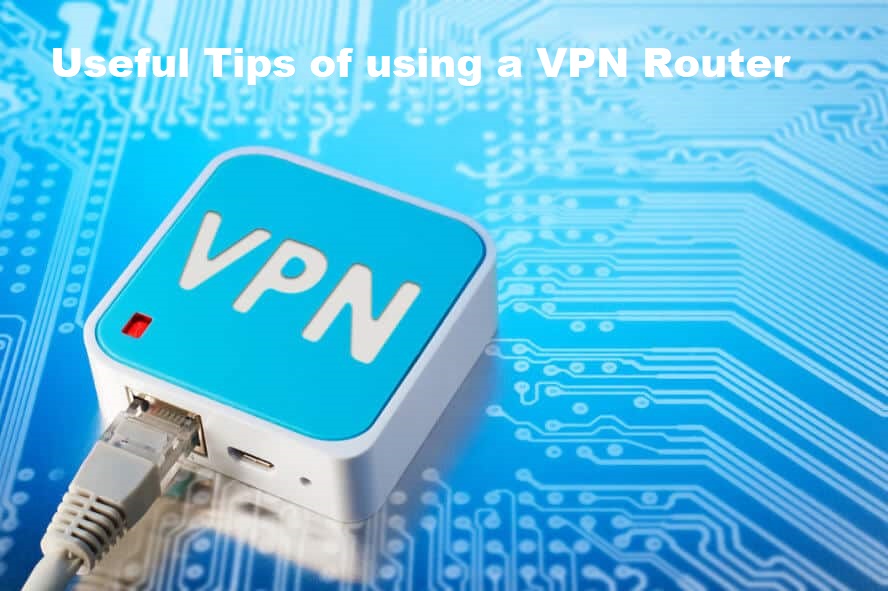 Here are some tips to unleash the full potential of your router:

Pros and Cons of setting up a VPN on your router

here are some prominent Pros and Cons of a VPN router to help you understand it better.

Setting up a VPN on a router doesn’t mean to install any VPN you get your hands on. In fact, you need to be pickier, especially when it comes to the security of your entire household. That’s why we have shortlisted the best VPNs for routers, detailing their features, performance, and other functionalities so you can make a more informed decision:

ExpressVPN is considered the best router VPN because of its fastest speed among the competitors in the market, powerful unblocking capabilities, and extraordinary security! Unlike other VPN services that rely on third-party firmware, ExpressVPN has its own dedicated router app.

Once you install it, the experience is just as same as its desktop app. It also lets you switch between locations and protocols. All other configuration settings are constant, so you don’t need to strangle yourself with these compilations. ExpressVPN offers 3000+ fast VPN servers spread across 94 countries, providing top-class security and privacy features for just CA$ 3.1/mo (US$ 2.30/mo) - 82% off VPN deal on 2 year plan with 2 months free . You can learn in more detail about this VPN in our ExpressVPN review blog.

Another contender on the list is Surfshark, known for its low-cost and high-efficiency VPN services only in CA$ 3.1/mo (US$ 2.30/mo) - 82% off VPN deal on 2 year plan with 2 months free. Its impeccable speed makes it a perfect pick for home router VPN. Owners of Asus, DD-WRT, and Tomato routers can even get an easy setup guide to install Surfshark on their devices.

With Surfshark, you can unblock streaming sites with 3200 servers in 65 countries, and enjoy unlimited simultaneous connection, a-grade security, and much more. It’s undoubtedly one of the perfect VPNs for a home router. Readout more about Surfshark VPN review in this blog.

NordVPN is one of the popular VPN services, primarily known for its vast server network. It has around 5500+ servers in 59 countries. This means you can bypass any geo-restricted sites from anywhere around the world with a NordVPN router.

They even provide tutorials for setting up its app on Asus, Sinology, and QNAP models. NordVPN enables VPN configuration even if they aren’t natively supported. NordVPN provides high-tech security and privacy features with its easy-to-use VPN apps in just CA$ 4.43/mo (US$ 3.29/mo) - 2 years with 60% off + Threat Protection for free. Get to know more details in this NordVPN review guide.

Get NordVPN for your Router30 days money-back guarantee

How does a VPN work on your router?

If you already know the basics of how a VPN works, then it is quite easy for you to understand the working of a VPN over a router. A router VPN establishes an encrypted network between your device and the VPN server. It redirects all your device’s traffic through this encrypted tunnel, turning your comprehensible data into incomprehensible gibberish that can’t be decrypted or identified.

After setting up a router VPN, all the devices connected to your router will have their traffic directed through the encrypted tunnel. Your gaming console, Smart devices, phones, laptops, and even your smart IoT refrigerator!

How to check if your VPN is working on a router?

Try one of these methods to ensure if your traffic is actually being encrypted via VPN:

Is it necessary to install a VPN on my router?

It depends… setting up a VPN on your router means your entire network’s traffic will be routed through the VPN. This is good for your privacy since your ISPs and other government entities would no longer be snooping around. However, it can also be complicated to even make small adjustments to your router settings.

Do all routers support VPNs?

No. There are several routers that support VPNs with third-party firmware, while some of them don’t. It’s better to check your router’s company website or run a quick search on Google by typing “<model name> VPN”. In this way, you will get to know if your router is compatible with VPN.

Are there any routers with built-in VPN?

Yes. With the rising demand for VPN services, router manufacturers have started to incorporate VPN clients to facilitate those seeking to maximize their online security and privacy. However, you need to be careful when you think of purchasing one, as some of them offer a VPN server and not a VPN client.  Remember: you need the VPN router enabled and not the router with the VPN server.

Can VPN affect my router?

Yes. While a router VPN is great for your privacy and security, it comes with some limitations. Obviously, improved security and privacy comes at a price. And in this case, it might have to compromise on reduced internet speed and overall device performance. This also depends on the kind of router you use on your device. Don’t forget to check if your router supports VPN before attempting to download the VPN.

That’s a wrap on our guide on “how to set up VPN on router”. A quick rundown: installing a VPN router requires you to check if your router has a VPN client. An external firmware would be needed for unsupported router devices. With a VPN installed on your router, you can ensure network-wide security and privacy. You can also bring the VPN coverage to other devices that don’t have native support for VPN.