Kayo is the top game-changing streaming service created for sports lovers. It provides on-demand and live streaming of sports you love, heaven for sports fans.

Kayo has several live channels and highlights of different sports like cricket, football, and basketball; sports documentaries and shows are available on Kayo. There are numerous best shows on kayo to binge-watch this summer. All this content is available as part of your Kayo subscription.

However, to enjoy these sports on kayo in Canada, you’ll need a Canada VPN to avoid geo-blocking. We recommend ExpressVPN for its tech characteristics and fast speed. Let’s go through our list of best shows on kayo. 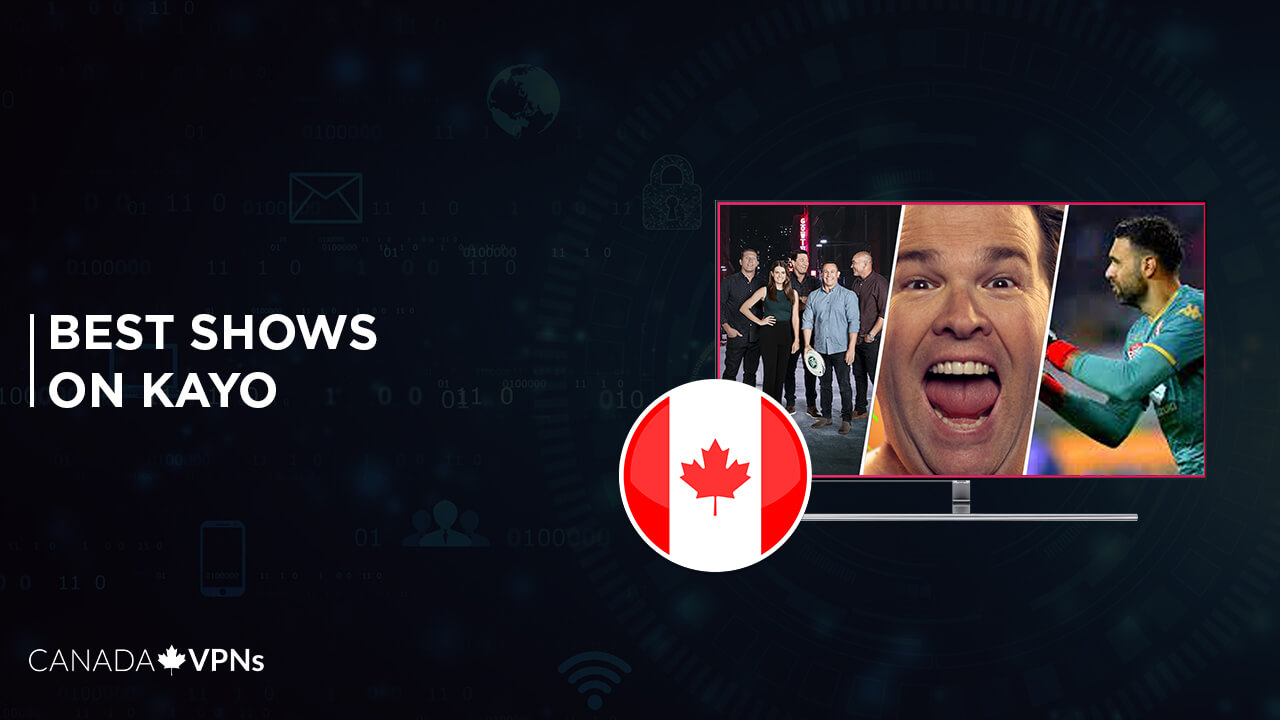 What are the best shows on kayo Sports in 2022?

Are you interested to know the best shows on Kayo in Canada? We’ve shortlisted some old and new shows on kayo. Brief detail about these shows is as follows; 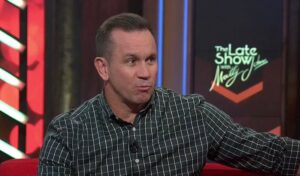 Description:
Hindy, Gordie, and Fletch join Matty to preview the championship game. Additionally, the last episode of the season will include some of the highlights of 2019. It is jam-packed with a wild assortment of jokes, chatter, practical jokes, and off-the-wall analyses. 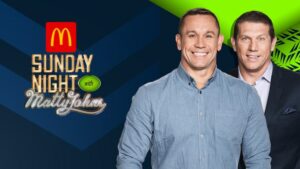 Description:
An Australian sports tv show called Sunday Night with Matty Johns debuted on the Sports channel on March 4, 2013. The program used to air on Monday nights, but in 2018 it moved to Sunday. It is stuffed full of all kinds of jokes, banter, practical jokes, and bizarre interpretations. 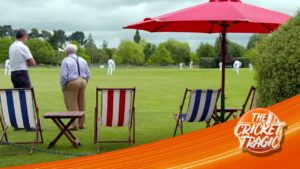 Description:
Gus’ search for cricket tragedies across Australia is chronicled in The Cricket Tragic. He will interview local legends and former players while traveling, learning about Australian cricket culture in the process. 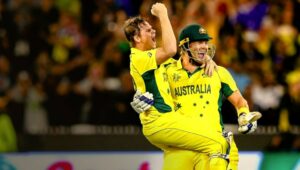 Description:
It is a sports program on kayo that features the tale of different top cricket players. In each episode, a cricket legend is invited to share his experience and talent with fans. It has featured several episodes and some top cricket leaders of this show are Harsh Bogle, Curtly Ambrose, and Michael Vaughan. 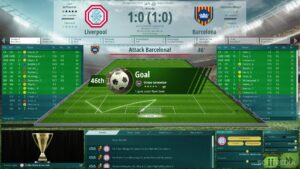 Description:
It provides match summaries and analyses from the football league. It covers English football’s lowest divisions. Manish Bhasin, one of the top sportscasters in the nation, serves as the show’s anchor. Leroy Rosenior, who has the unenviable distinction of having the shortest management tenure ever—a startling 10 minutes—accompanies him, or lower league icon Steve Claridge.

They occasionally go with a manager or player who is now playing football in a lower division. This provides a different viewpoint on the game because they can express their opinions while still performing their existing jobs. 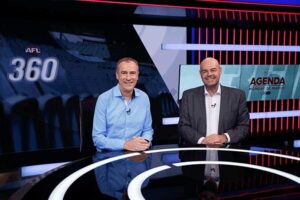 You can watch more sports talk shows on Sky sports channel or on beIN SPORTS in Canada. Don’t forget to try the beIN SPORTS free trial available for every new subscriber. 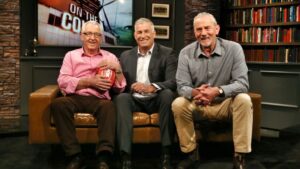 Description:
It is a television program produced in Australia that focuses on current problems in the Australian Football League. The format of the show is a “casual talk” approach, and the set is designed to look like a living room.

It puts more of an emphasis on in-depth reporting and debates on subjects, as well as conducting interviews with players or coaches once a week. Every week of the season, on the sofa, Robert Walls, Mike Sheahan, and Gerard Healy analyze the major developments in AFL football. 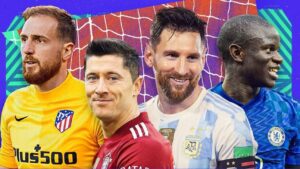 Description:
Every day on the streaming platform ESPN+, ESPN FC, a U.S. television studio program covering soccer, is broadcast. In 1995, Greg Hadfield and his adolescent son Tom launched the website, which at the time offered news items, tables, and live score updates.

An ESPN Inc. website served as the foundation for ESPN FC. ESPN FC, which first aired on ESPN2, is currently a web-only series that covers all the most recent news in the world of international football. 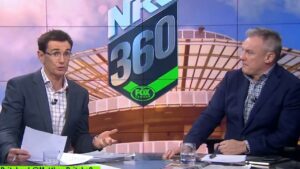 Description:
An Australian chat show about the NRL called NRL 360 airs every night. Paul Kent and Ben Iken from NRL 360 are back. Watchers will hear from Benji Marshall and Mick Ennis every Tuesday. Geoff Toovey, the head coach of Manly, will be the featured coach on Wednesday. Mark Gasnier will be one of the game’s legends on Thursday. 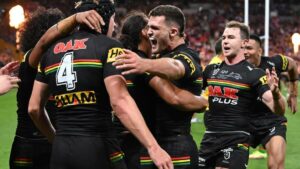 Genre: Sport
Stars: Megan Barnard
No. of seasons and episodes:

Description:
This presents the basic timetable and outline of different sports to be broadcasted on NRL. Information about the match, broadcaster, and game time is provided. 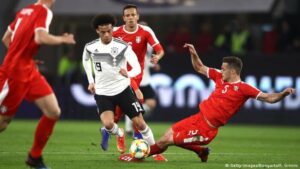 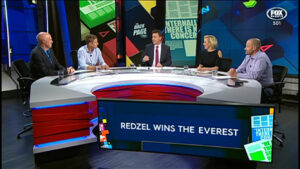 Description:
An Australian sports tv show called The Back Page, commonly referred to as Back Page Live, is now airing on Fox Sports on Tuesday. Tony Squires is the host, and among the panelists are former Australian cricketer Kerry O’Keeffe, journalist Robert ‘Crash’ Craddock, commentator Ryan ‘Fitzy’, and Kelli Underwood.

The weekly program offers interviews with sports personalities as well as a recap of the prior week’s athletic happenings. It covers both domestic and foreign sports, including all the major ones in Australia. 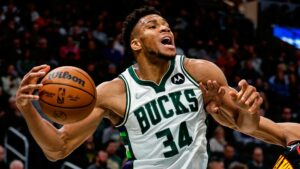 Description:
This program daily offers in-depth, thorough coverage of every facet of the NBA. It’s a terrific show because of the panel(s), the guests, and the quality content. Highly visible, well-paid speakers who make their income from speaking strongly believe in setting a good example for the public, especially the younger generation. Additionally, it provides insight into every NBA sport.

Besides sports, if you are in the mode for some amazing movies get Foxtel in Canada and keep yourself entertained through the time.

Though, you’ll need a VPN subscription along with a kayo subscription or any other VOD to avoid geo-blockage. We recommend ExpressVPN to get an uninterrupted streaming experience. Grab a VPN package and enjoy an on-demand and live stream of your favorite sports.