HBO Max is worth it! We can say that because of the available best movies on HBO Max.

With an entire Criterion Collection, no one can leave empty-handed. Whether you want to snuggle with the latest hits or want to feel like a superhero and activate your mood, there are surefire goodies for you. You only need to scroll down our list of the best movies on HBO Max available now to understand what we are talking about.

However, there’s one hurdle you need to break through first: Geo-Restrictions! Unfortunately, HBO Max is not available in Canada and the only way to access this streaming service is through a reliable VPN service provider in Canada.

Once you’re clear, here’s the list to binge-watch this weekend. Recently released Fantastic Beasts: The Secrets of Dumbledore is also available on HBO Max. 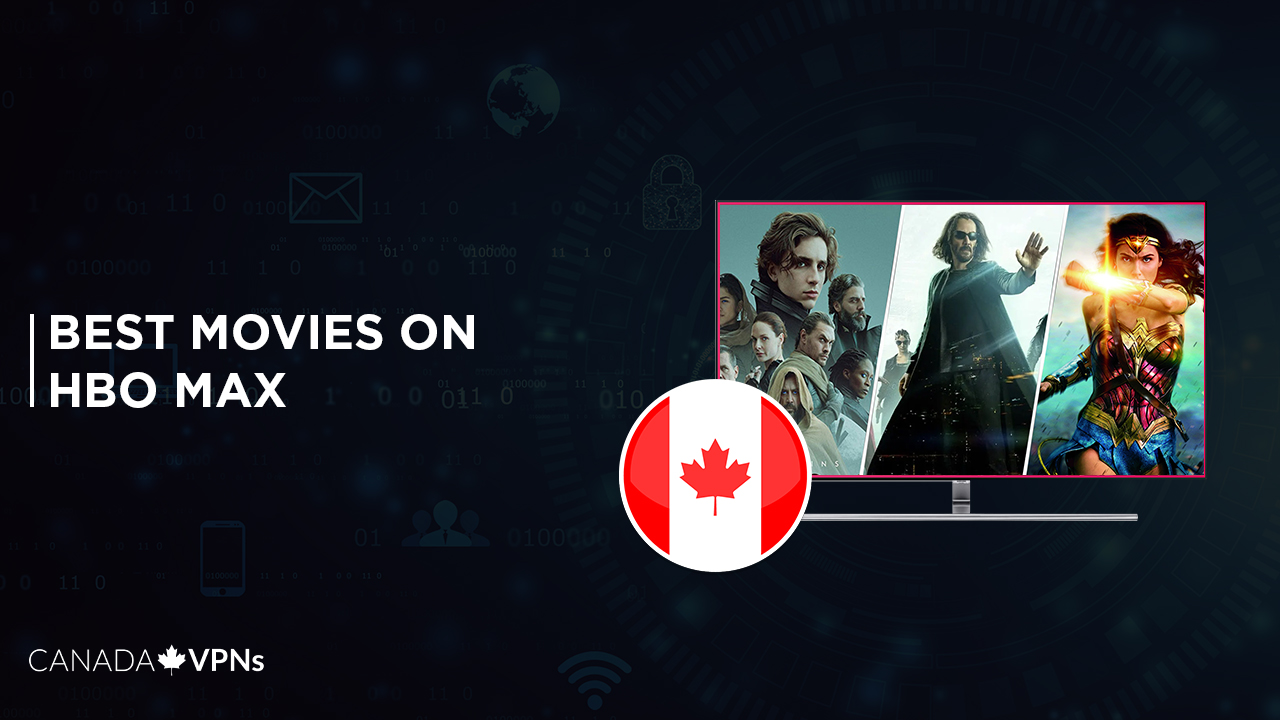 We have listed down our recommendations for the best movies on HBO Max in 2022 that you can binge-watch all weekend. 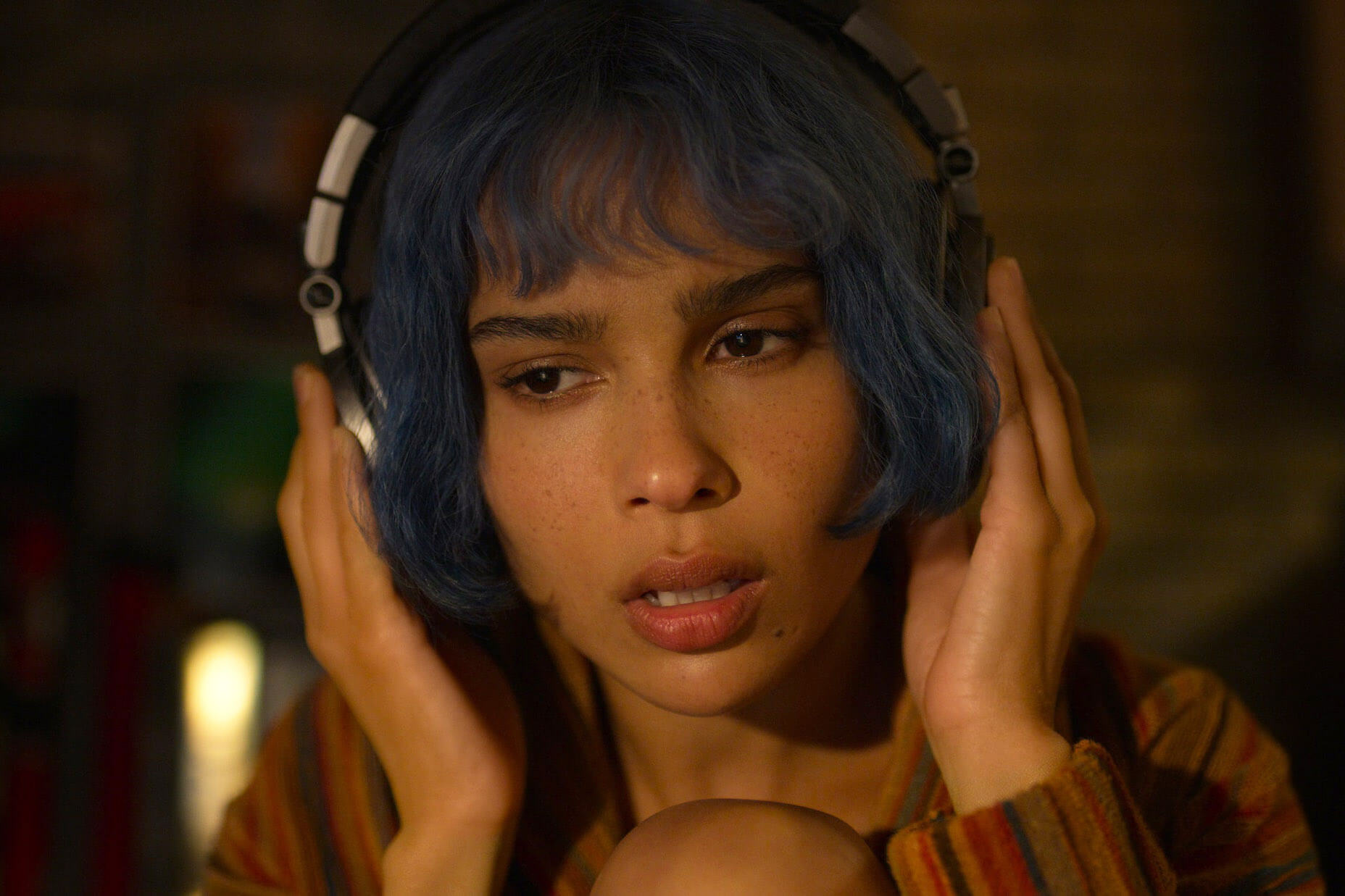 The American thriller follows Bradley, the CEO of Amygdala tech company. In an interview, he introduces Kimi, a speaker to improve a device used to monitor humans.

Angels is an Amygdala employee who works from home. She monitors data from the Kimi devices and makes any corrections on the software. One day, she discovers a recording that seems to be a sexual assault. And when she accesses the information, it’s revealed that Bradley, the CEO, is behind the violent act. As she tries to report the occurrence, she must face opposition and bureaucracy. 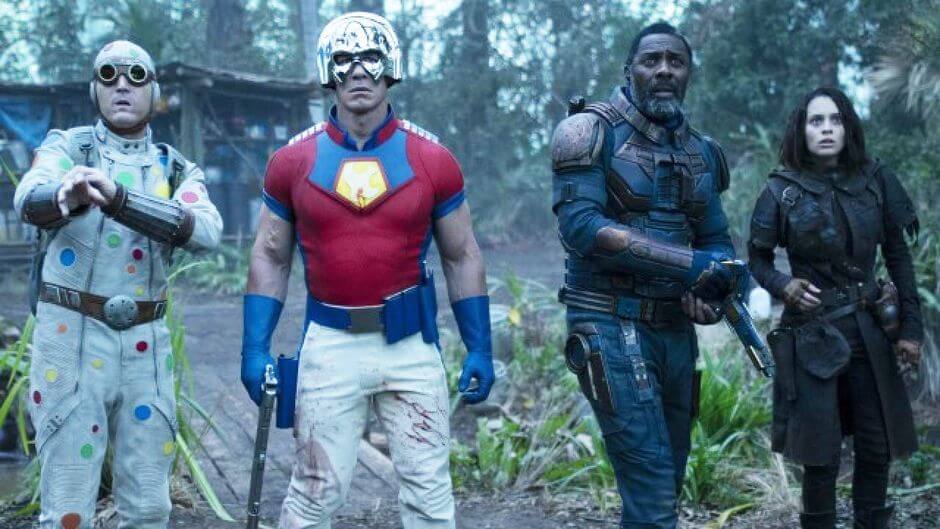 The Suicide Squad is one of the best Movies on HBO Max based on DC Comics. It features the Suicide Squad, led by two Task Force X teams comprising Belle Reve, who agrees to carry out a mission and get lesser sentences. The team must destroy the Nazi-era laboratory, which houses the alien Starfish.

And as they fight, one team is almost wiped out, but Harley Quinn and Rick Flag survive. This helps the second team enter the country undetected. They must fight back to ensure the alien Project Starfish doesn’t fall into the hands of the government. Will they manage to stop the new menace that could wipe out human existence? Stream Suicide Squad on HBO Max via a streaming VPNs. 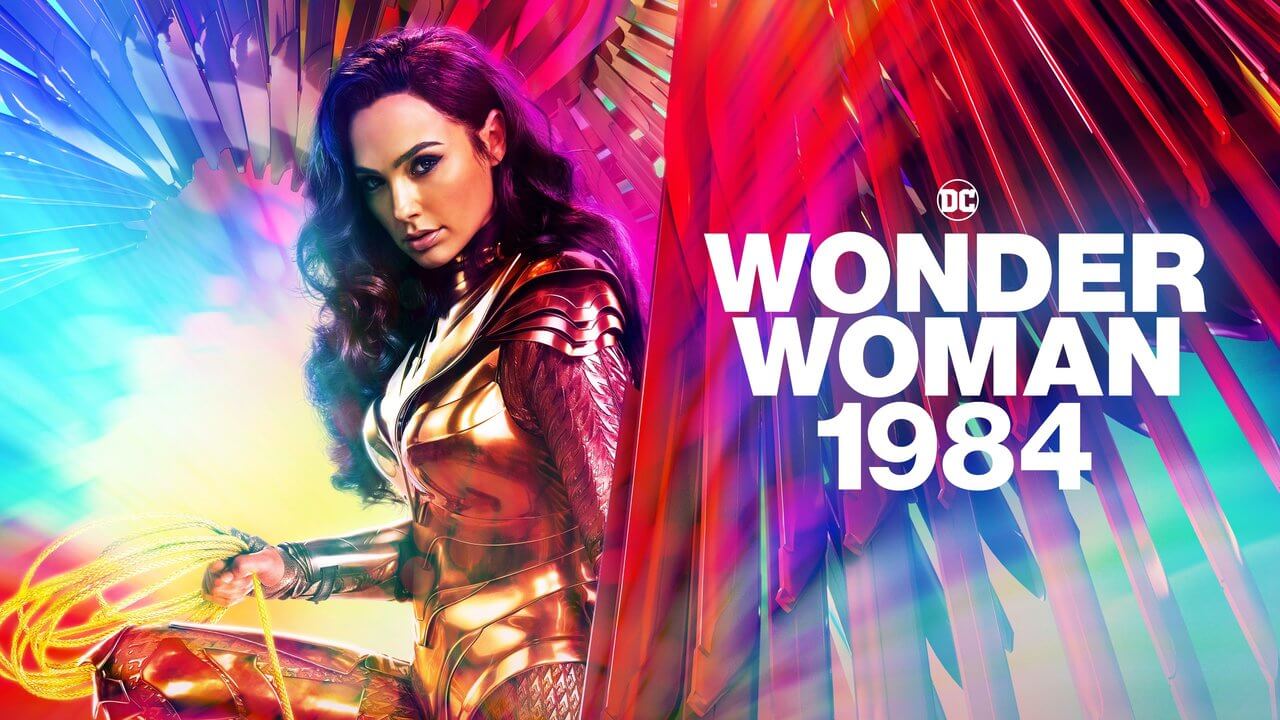 If you love DC Comics, here comes another shot. The movie follows Diana as she participates in athletic competitions but gets pulled off for cheating. Later we see her working in Washington DC and at the same time secretly participating in heroic deeds in the name of Wonder Woman. She soon is befriended by a shy Barbara, and everything changes.

As Barbara wishes to become like Diana, this will make the world trod on paths of destruction, which will push Diana to address a complex predicament. How will Wonder Woman react? 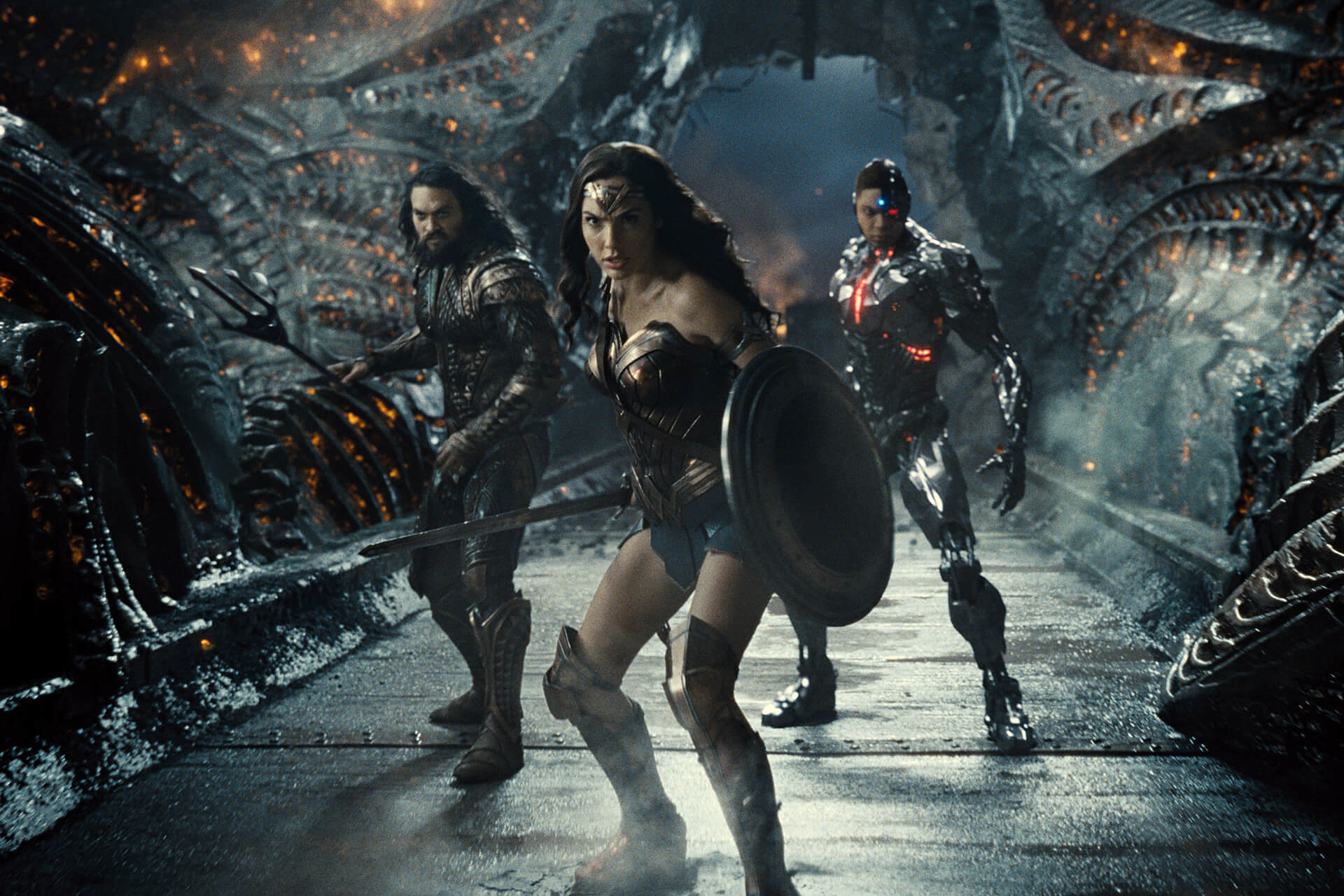 Zack Snyder’s Justice League is one of the longest picks in the HBO Max movies.  The remake of the colossal flop features Bruce Wayne and Diana Prince, who must join hands to recruit a team of metahumans to protect the Earth from the fearful catastrophe.

The task is more than the team can handle, and each must face their past fears to dig up what is holding them back. But they may be too late to act. Watch Justice League on the big screen through HBO Max Chromecast or Apple TV via Apple TV VPN. 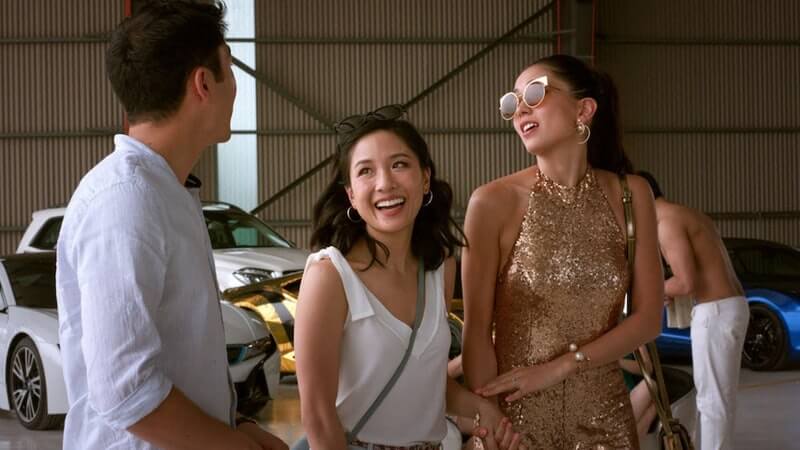 If you love romantic comedies, don’t miss this. It’s one of the best movies on HBO Max that will immerse you into an astonishing extravagance. It follows Rachel Chu and her lover Nick Young who travels to Singapore for Nick’s best friend’s wedding. Also, they are to meet Nick’s family. Nick opts to stay in a hotel in Singapore rather than take Rachel home.

Before long, Rachel comes to realize that she is dating one of the wealthiest families in Singapore. And everyone is jealous and wants to demean her. 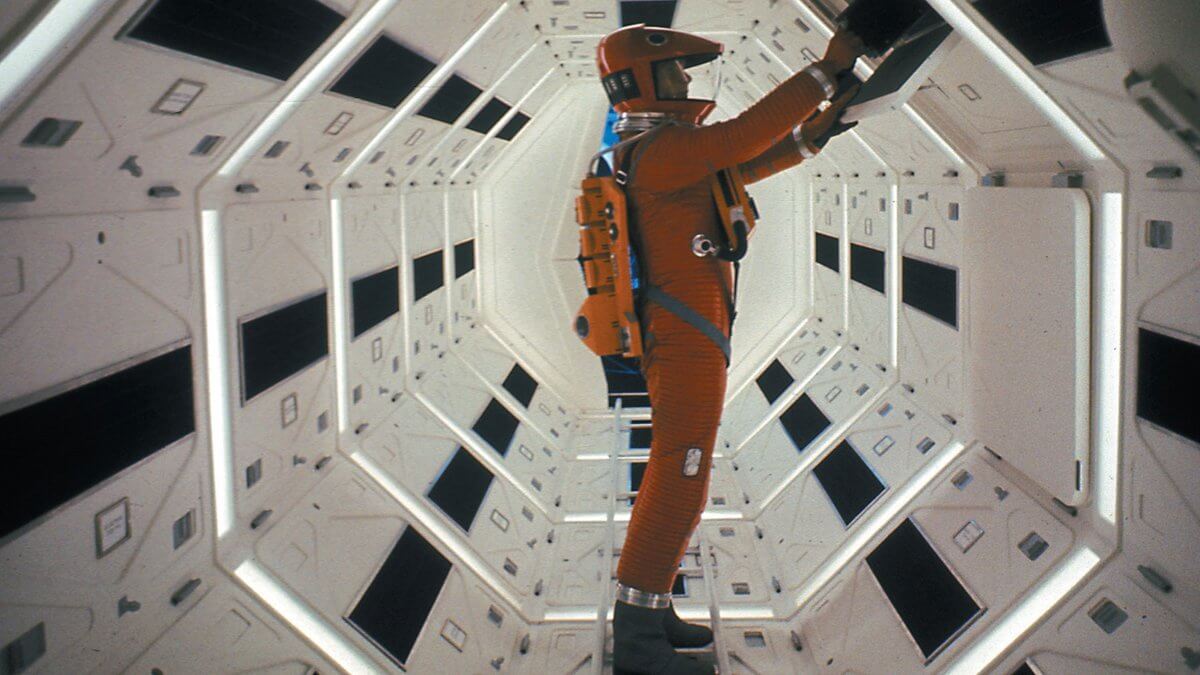 A Space Odyssey is one of the must-watch movies for any cinephile. A tribe of hominids gets help from an alien monolith after being thrashed out of its water hole by an enemy.

The alien helps them learn how to use a bone to drive away their rivals; now, they can reach the moon’s surface. But soon, they come into contact with another monolith, and a race to reach the monolith placers starts. 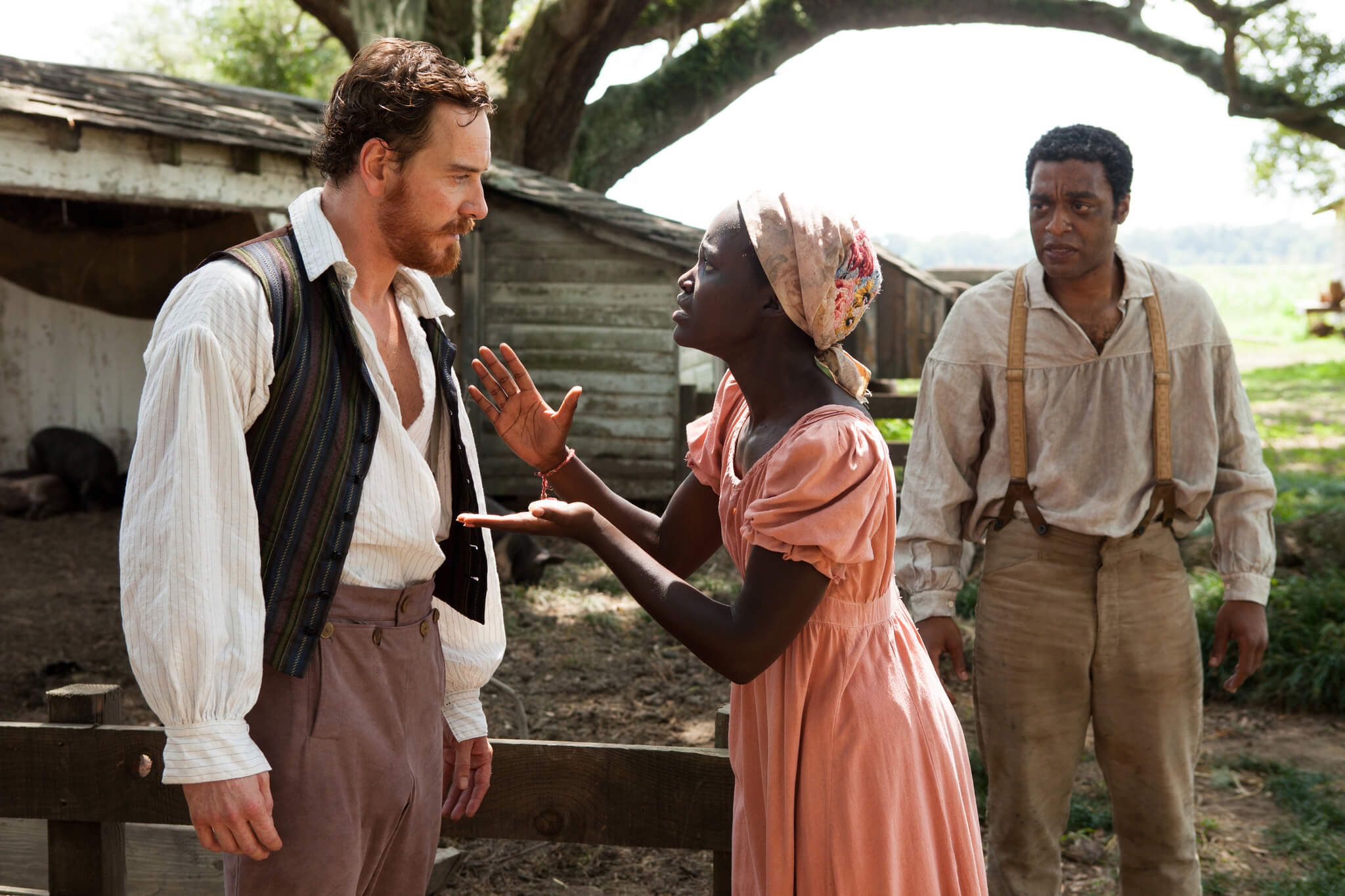 12 Years a Slave is one of the best HBO max movies of 2013. The movie follows Solomon as Chiwetel Ejiofor, a free African-American man who has been offered employment by two white men (Hamilton and Brown). But instead of working on the assigned job, the men take him up to a slave pen. When he speaks up for his freedom, he receives a fierce beating.

Solomon is again shipped to New Orleans and has to adapt to the environment with other captives. And here they are sold to slavery. Will Solomon ever have a chance to return home to his wife and children? 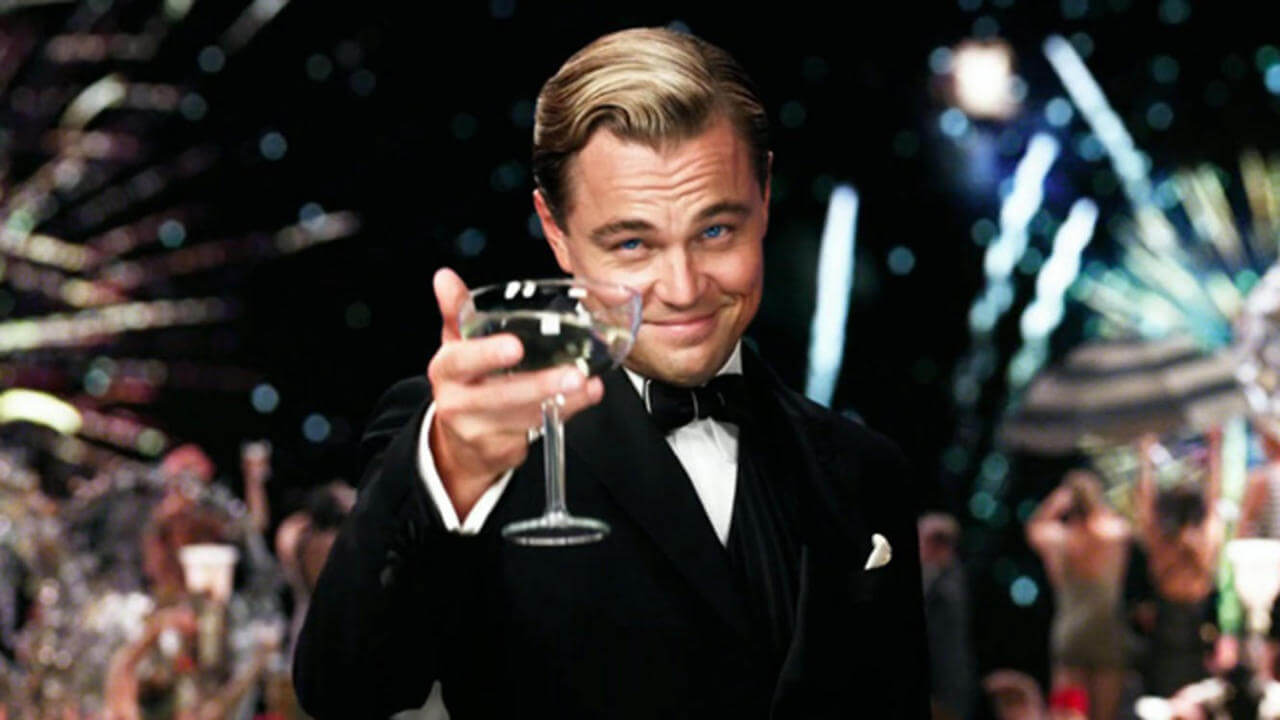 Are you longing for a cozy movie stream? The Great Gatsby is incredibly entertaining. It stars Tobey Maguire (Nick) receiving treatment at a psychiatric hospital. He tells his doctor about a hopeful man he came across (Jay Gatsby). The doctor advises Nick to write down his passion for the man.

What seems a slight interest in the life of Nick will turn out to draw him back to his past and have a deep connection with Gatsby, Nick’s millionaire neighbor. Unfortunately, towards the end, Gatsby is shot dead, and Nick has to finish typing his memoir.

And just by the way, you can also watch HBO Max for free by getting an HBO Max free trial. However, the facility is no longer available to new subscribers, but you can still get it by switching your Canadian IP address to any other region.

Tenet is one of the best movies on HBO Max worth a rewatch. When The Protagonist, a CIA agent, gets recruited by Tenet, he learns how to manipulate the flow of time to fight for survival.

He participates in the global assignment to help stop WW111 from being executed by enemies. Along the journey, he masters the art of inverting the entropy of people and objects, and this is the only way he will prevent the attack.

Directed by: The Wachowskis

Thomas Anderson, a computer programmer, and a hacker referred to as Neo, is puzzled when he constantly bumps into the phrase “Matrix”. Trinity tells him he has a solution for Neo, to contact Morpheus. But soon, police stomp in at the workplace.

Thomas decides not to risk the escape but surrender. Every effort is directed towards searching for Morpheus, who is a terrorist, and Neo has to fight back to stop the human insurgence.

No Sudden Move is one of the best movies on HBO Max with an excellent cast. The film features a group of gangsters whose plans to execute a crime go wrong. They are hired to conduct a crime, which they think is petty- to steal a vital document.

The planned heist hits a dead end, and all the criminals have to search for who hired them to avoid losing their only opportunity of earning a living.

The Fallout is one of the new movies on HBO Max that helps us learn of the effects of trauma, especially on teens. The film stars Jenna Ortega (Vada) as a high schooler going through emotional trauma after a school shootout. Vada withdraws from family and friends but becomes closer to Mia, whom they hid together in the bathroom during the shootings.

She goes to the extent of peeing on her pants to avoid entering the bathroom where she hid during the attack. This pushes her more into the hole of depression. The worst happens when another shootout occurs, leading Vada into a panic attack.

Locked Down is one of the HBO max movies that help viewers come to terms with the most relatable pandemic hit. The film follows a couple, Paxton and Linda, in London amid the pandemic hit lockdown that almost tears them apart. Their jobs have been greatly affected.

They both plan to conduct a heist to steal diamonds where Linda works. The plan goes well, but one of Linda’s subordinates (Donald), who was to be fired at the beginning of the week, catches them and calls the police. Linda discloses the plan, and Donald agrees to cover them. All goes well, and the couple opts to reevaluate their relationship. Soon after, the lockdown is extended.

An American Pickle features Herschel and his wife, struggling to make ends meet after they migrated to America in 1919. One day, he tumbles into a vat of pickles, leaving him brined for 100 years.

Once he wakes up in Brooklyn in 2019, he only meets one living human, Ben, a great-grandson. Their life together is full of ups and downs as Ben seems to be jealous of Herschel’s progress, but they manage to reconcile in the end.

The current HBO Max movies release is a dynamic mass pleaser. Its cinematic splendor allows it to be on the list of the best movies on HBO Max. The film follows Usnavi, who saves little by little to have a better life in the future.

He has long dreamt of opening his late father’s beach. At the end of the film, Usnavi sings out a smooth life, having also managed to reconnect with his lover Abuela.

The film features young Charlie Hansen, who lives with his granny (Agatha) after his parents die in a car accident. His granny buys him a puppy (Daisy) to cure his loneliness. One day, as he buys nails to build a house for Daisy, he meets a witch who entices him with a snake.

When Charlie tells his grandmother about the story, she confirms it to be the truth. The witches are much concerned with young children. It behooves Agatha that she has a task to educate the kids on avoiding witches. You can also stream HBO Max on Crave TV Canada.

What’s on HBO max is designed to offer you the best experience with the streaming service. We have made it easy for you. And now you have the list of best movies on HBO Max worth well your HBO Max streaming. Undoubtedly the above is a perfect bounty of choice that’s worth your bingeing hours.

You can also watch “the Batman” and other Sci-Fi series on HBO Max or you may have a look at the best Shows on HBO Max that you can binge-watch in Canada in 2022.