How to watch World Rally Championship 2021 Live Online in Canada

From crashing through the water to slipping in the mud to getting big air, the greatest sportscar event, “World Rally Championship (WRC)”, returns to demand every ounce of focus a driver and its fans can muster.

Only two rounds to go – and just two drivers are left to compete in the FIA World Rally Championship title battle as the destiny of the 2021 season reaches a potentially decisive point in Spain this weekend.

Commencing from Thursday, 14th October 2021, the participants are taking on the roads of Spain, with PortAventura World theme park in Salou remains the center of the championship’s second-last round, with the holiday resort’s seafront hosting Thursday’s opening ceremony.

If you’re wondering how to watch the World Rally Championship 2021 live online in Canada, you have come to the right place. CanadaVPNs has put together this guide to let you know all about WRC 2021, including streaming channels, top VPN providers to stream WRC, participants, schedule, and much more. So, what are you waiting for? Get ready for some WROOM, WROOM! 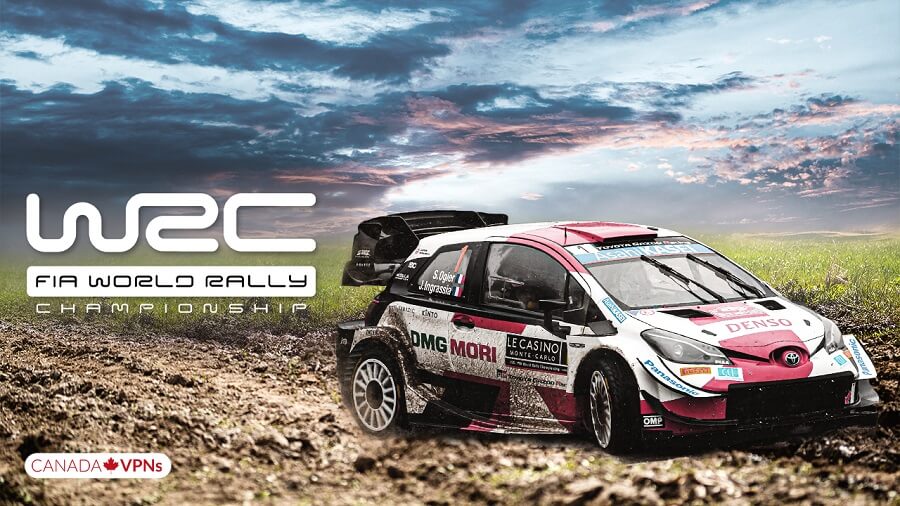 How to watch the World Rally Championship WRC 2021 in Canada?

Organized by Fédération Internationale de l’automobile (FIA), WRC 2021 will be broadcast on WRC+ and Red Bull TV, along with dozens of channels you can choose from to watch the 2021 WRC online. However, some of these services might be subjected to geo-restriction and are not available in Canada.

The inability to watch your favorite events despite having access to the internet is a major turn-off for sportscar fans and here’s where a VPN comes in to save the day! By connecting to a relevant VPN server, you can watch the 2021 WRC from Canada or anywhere in the world.

Step 2: Open the app and sign in using your credentials.

Step 3: Connect to an Austrian-based server.

Step 4: Head to ORF and start watching the WRC rally live in Canada.

Why do you need a VPN for Streaming the World Championship Rally?

WRC+ is the official broadcaster of the event. However, it is subscription-based and available for CAD 12.92/month. Besides, subscribing to this WRC-centric channel means a long-term commitment to just ONE sport – and honestly, it’s a waste of money!

On the other hand, ORF is a free sports streaming platform, offering live coverage of plenty of major sports events, including WRC, MLB, EPL, and many more. If you’re an avid sports lover and don’t want to restrict yourself to just one sport, we strongly recommend using a premium VPN to access ORF in Canada. You can also stream WRC on Fox Sports using a VPN. It is available on FuboTV, YouTube Live TV, and Hulu + Live TV – all of which are unavailable in Canada due to geo-restriction and can only be accessed through a VPN.

How to watch the World Rally Championship Online for Free in Canada?

Here’s the list of channels offering free WRC live streaming in Canada. However, most of these services are region restricted and can only be accessed through a VPN connection:

The streaming speed is one of the biggest concerns while watching fast-paced sports events. Therefore, you need a VPN that offers lightning-fast internet speed, so you don’t have to miss any action. To make your job easier, we have shortlisted the top 3 best VPNs that are exceptional for WRC streaming in Canada.

1. ExpressVPN –Known as the fastest VPN service in the market, ExpressVPN delivers 94Mpbs speed on a 100Mbps connection which is optimal for WRC streaming live. With 3200+ servers in its server bank, you can stream geo-restricted content in Canada or from anywhere around the world. Its subscription is available for CA$ 9.01/mo (US$ 6.67/mo) - Save 49% and get 3 extra months FREE with 12-month plan with a 30-day free trial.

2. Surfshark – Surfshark is the best VPN choice for those looking for a pocket-friendly option to watch rally live in Canada. It costs around CA$ 3.11/mo (US$ 2.30/mo) - 82% off VPN deal on 2 year plan with 2 months free and offers 3200+ servers in 65+ countries, unlimited bandwidth, and simultaneous connections. Just like ExpressVPN, it also offers a 30-day risk-free experience to its users.

3. NordVPN – It offers the largest number of servers (5500+) in 60+ countries. Its fast servers can mask your Canadian IP address with an Austrian one and can unblock ORF in Canada and you can enjoy WRC live streams on TV or any of your devices.  It is available for CA$ 4.44/mo (US$ 3.29/mo) - 2 years with 60% off + Threat Protection for free with a 30-day money-back guarantee.

Now where to watch WRC Rally Live, here is a list of devices on which you can watch WRC 2021.

Here is a step-by-step guide on WRC live streaming on an IOS device, Android, or Amazon Fire TV with a VPN:

How to watch WRC in Canada on Android?

Android users can follow the entire WRC schedule by following these steps below:

How to watch WRC Live on iOS?

How to watch WRC Live on Amazon Fire TV?

How to watch WRC Live on Kodi?

If you are a Kodi user, you can watch WRC in Canada by following these steps:

How to watch WRC Live on Gaming Consoles?

Whether you’re using PS4, PS5, or Xbox, you can stream WRC in Canada using the following steps:

The WRC round 11 is set to commence from 14th October in Spain. Here’s what to expect from WRC upcoming races:

If you want to learn the detailed WRC schedule, refer to this blog. 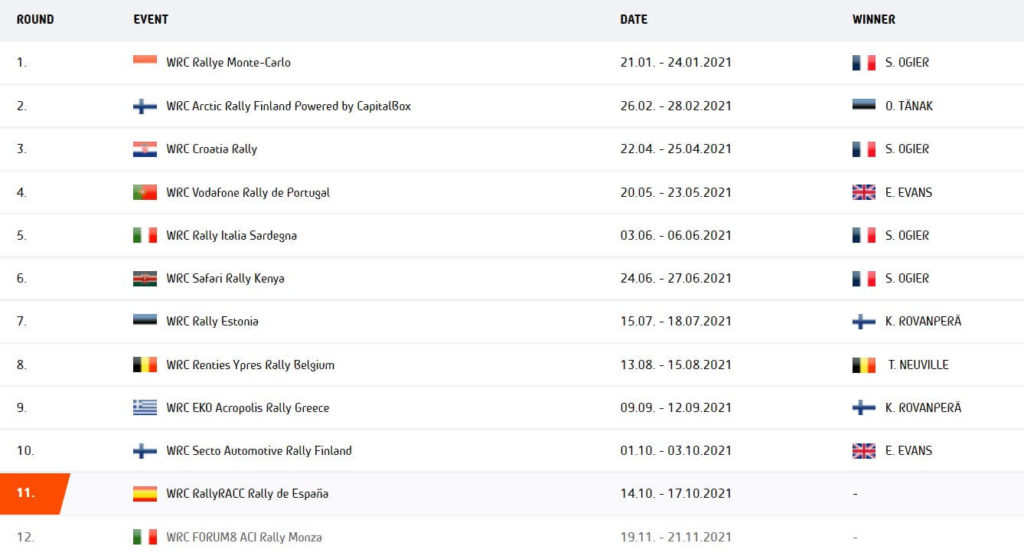 The World Rally Championship 2021 enters in the penultimate– and potentially decisive – round in Spain, with just two drivers remaining in the fight for the FIA WRC 2021 Crown title. WRC+ and Red Bull TV are official WRC broadcasters offering live coverage globally. However, these services are subscription-based and charge a fee to watch WRC 2021.

For free streaming, you need to tune into ORF or other free streaming networks using a reliable VPN connection. WRC-streaming channels like ORF, France TV, and RTBF are subjected to region restrictions and can only be accessed through a VPN in Canada. Now in this blog, we have explained to you all aspects of how to watch the World Rally Championship 2021 Live Online in Canada. You can contact us for your queries.