Disney Plus is home to a vast collection of Marvel and DC content. So if you and your friends are comic geeks etc., this is the platform for you to explore, and believe us, its subscription is worth the purchase!

Launched in November 2019 in Canada and the US, Disney+ has become one of the leading streaming platforms, ramping up over 100 million subscribers within two years (Thanks to baby Yoda, WandaVision, and Loki). The fast acquisition of paying subscribers has surprised not only market analysts but Disney itself, especially since Disney guesstimated it would take five years to achieve a 90-million-subscribers hallmark.

With ever-increasing subscribers and a Marvel-heavy content catalog, Disney+ is now directly competing with the likes of Netflix, Hulu, and Amazon Prime Video. Although Disney Plus is accessible to Canadians, you will still require a reliable VPN – ExpressVPN if you want to explore the Disney+ US or content libraries of other regions, including Disney Plus Australia, Disney Plus New Zealand, and Disney Plus UK.

With so many choices out there, is Disney Plus Canada worth subscribing to in 2022? Let’s take a look at its price, best Disney Plus movies and series, new releases, and sign-up procedure: 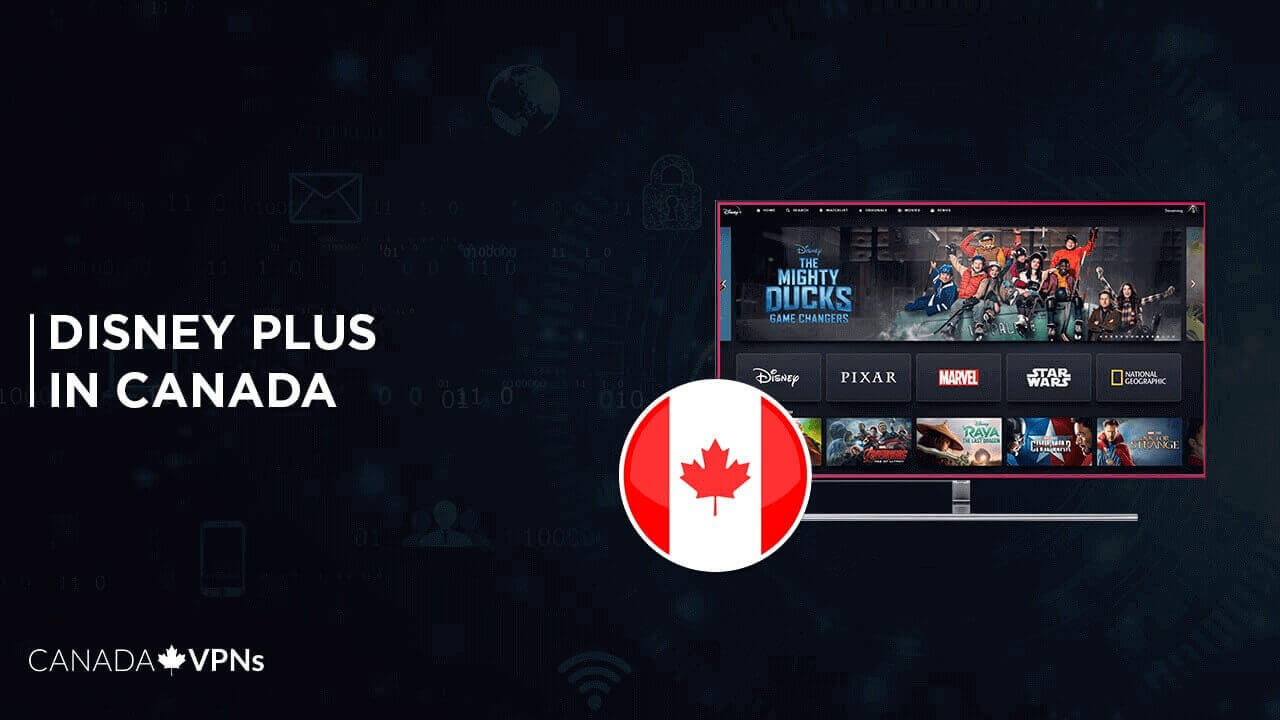 What features does Disney Plus Canada have?

Here, we have listed down all the critical features of Disney Plus Canada:

Here’s how you can sign up for Disney Plus Canada:

How to get Disney Plus Bundle in Canada? 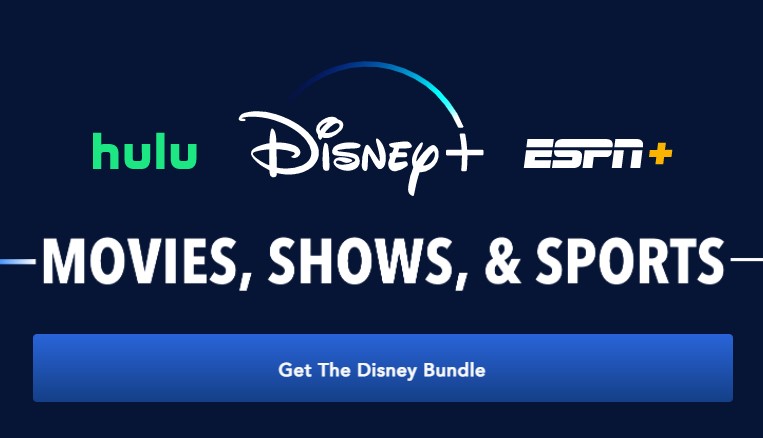 However, you need to download each streaming app separately to watch their content, and login credentials will remain the same for all three.

How to Watch Disney Plus Outside Canada?

If you’re traveling abroad, you can’t access Disney Plus Canada in that region unless you switch your location. Here’s a step-by-step guide on how do you do the Disney Plus location trick:

Note: You can also watch Disney Plus outside Canada by downloading the titles on the service before you take off. Though you won’t be able to stream them online, only the downloaded titles will be playable in non-permissible regions.

How to Watch Disney+ Outside Canada? [Video Tutorial]

It seems like you’re still confused. Check out this video to see how you can access Disney Plus outside Canada using a VPN:

How much is Disney Plus in Canada?

Disney+ also offers bundle options that package the service with two other Disney-owned streaming services such as ESPN+ and Hulu. However, this facility is limited to US residents, as both Hulu and ESPN+ are geo-restricted in Canada.

But if you connect to a reliable VPN – a tool designed to spoof your location and let you access geo-restricted content – you can purchase the Disney bundle at slightly cheaper rates. Check out how much is Disney Plus in Canada with the Hulu bundle:

With the Disney Bundle subscription, you can get the subscriptions to Disney+, ESPN+, and the Hulu plan you select for a discounted price, compared to the retail price of each subscription when purchased separately.

Is there a Disney Plus free trial in Canada?

The Disney Plus Canada free trial is no longer available in any region. The platform used to offer a 7-day free trial at launch but removed it on 19 June 2020, as millions of people started subscribing to the forum. However, some promotional offers are available if you want to save some bucks.

What to Expect from Disney Plus Day?

On account of its second anniversary, Disney brought plenty of birthday treats for fans in the form of Disney Plus Day. Launched on 12 November, Disney Plus Day featured a slew of new content for fans of Marvel, Star Wars, and all other entertainment released by the family-friendly streamer.

The subscription cost was also slashed to CA$ 2.64 (US$ 1.99) a month for current, new, and returning Disney Plus subscribers for a short while.

So what you couldn’t avail of this offer last year? Of course, it might return on the next anniversary; who knows – we can keep our fingers crossed!

Is Disney Plus Star available in Canada?

In December, Disney revealed that it would finally roll out the US-exclusive streaming service Hulu in Canada, albeit in another form.

With the inclusion of “Star Channel” to its platform, Disney aims to bring Hulu Originals and other Hulu content, including Homeland, Deadpool, Modern Family, Aliens, Die Hard, and Criminal Minds, to its platform.

Star is not a standalone service. Instead, it’s a sub-channel within the platform, the same as Marvel and National Geographic. With this addition, the Disney streaming service in Canada has no longer remained a family-focused platform since it is now home to over 600 movies and TV shows intended for adults.

Star was included in the content libraries of Australia, the UK, Malaysia, Chile, Peru, Uruguay, and other South American regions. The streaming giant has even got a few Star originals coming, including Love Victor, Solar Opposites, Only Murders in the Building, Dopesick, the Dropout, and the upcoming reality show with the Kardashians and Jenners.

So that you know, all existing and new Disney+ subscribers can get access to Star content except Canadians. But you get the same content in Disney+ Canada with ExpressVPN.

Disney Plus introduced a new purchase option called “Premiere Access. Want to know what does Disney+ premier access include?

The feature allows you to rent a movie exclusively running in theatres for CA$ 39.82 (US$ 30). So you just have to pay once, and you can watch it as many times as you want before it eventually lands on Disney+ months later.

The option was valid on titles like Jungle Cruise, Cruella, Raya, The Last Dragon, Black Widow, and Mulan. The opportunity comes in response to those viewers who couldn’t watch these movies in theatres due to COVID-19 concerns.

With the most recent and upcoming Marvel and Pixar movies releasing to theatres, it’s uncertain whether they will come to Premiere Access in 2022.

However, Marvel’s latest Blak Panther: Wakanda Forever, dropped on the platform on 11 November without Premier Access, meaning anyone with a standard subscription can watch it on Disney+ and Disney+ Hotstar.

Can you buy Gift Cards for Disney Plus Canada?

Yes, gift cards for Disney Plus Canada can get you a whole year of streaming for CA$ 106.17 (US$ 79.99). However, the gift card subscription is available for new members only. Here’s how you can subscribe to Disney+ Canada with gift cards:

Note: If you or your recipient didn’t receive the gift confirmation email, it is recommended to check your spam folder. If you still can’t find the email, contact Disney Plus customer support and request they send you the code again. Please note that the gift card is only redeemable in the country it’s purchased from. Also, it is one-time use only and non-refundable.

What devices are compatible with Disney Plus?

Disney Plus Canada app is compatible with all major streaming devices and OS. You can watch Disney Plus in Canada on the following devices:

What’s coming to Disney Plus in 2022 Canada?

Disney Plus Canada has excellent content to whet the appetite of Marvel and Star Wars fans or any other movie or series buff! Hundreds of movies and TV shows are available, with new titles added weekly. Thanks to its partnership with big franchises, the platform has a treasure full of old and new releases and dozens of fan-favorites content.

On top of that, the streaming giant has many of Disney’s classic animated movies, highly-admired series such as The Muppets and The Simpsons, short films, Exclusive Marvel series, documentaries, and much more. Let’s look at some of its popular content and see what shows are on Disney plus Canada.

What are the Best Movies on Disney Plus Canada?

Wondering what are famous Disney plus Canada movies? Let us help whittle down your “must-watch” list:

What are the Best Shows on Disney Plus Canada?

Looking for what’s on Disney Plus Canada? Here’s the list of shows you must add to your watch list:

What’s New on Disney Plus Canada in December 2022?

Here is the list of titles scheduled to drop on Disney Plus Canada in December 2022:

What’s missing on Disney Plus Canada?

Disney Plus carries different content libraries in other countries owing to content copyrights. That’s why some popular movies and TV shows are unavailable in Disney Canada’s content library. These titles include:

If you wish to continue to watch the above movies and TV shows in Canada, use ExpressVPN to spoof your location.

How does Disney Plus compare to other Streaming Platforms?

Here’s the table to compare Disney+ Canada with all the leading Canadian streaming services:

Is Disney Plus available in Canada?

Yes, Disney Plus is available in Canada. Launched in November 2019 in Canada and the US, the content library of movies and TV shows on the streaming service is almost the same in both countries.

How many devices can I use Disney plus Canada on?

You can stream Disney plus Canada on four devices simultaneously.

What does a Disney Plus Canada subscription include?

Is Disney Plus better than Netflix?

No! You can’t share your Disney plus account with someone living outside a country where Disney+ is accessible. To access Disney plus Canada from abroad, a person needs to use a location-spoofing tool such as a VPN.

Can you group watch Disney plus on the same account?

Yes! Disney plus’ screen-sharing feature, GroupWatch, allows up to seven people to participate in a watch party directly on the Disney+ app. However, they must be geographically in the same licensed region, such as the US or Canada.

Can you get Disney plus for free with Amazon Prime?

Amazon is currently offering a snatch-away deal. You can get a Disney Plus subscription for six months if you’re an Amazon Prime member. All you have to do is to subscribe to Amazon Music Unlimited. And if you’ve already subscribed to Amazon Music Unlimited, you can still redeem this offer and get three free months of Disney+ streaming. The offer is valid till February 2022.

What is the cheapest way to get Disney plus?

The cheapest way to get Disney Plus is to opt for an annual subscription. That’s because it provides a hefty discount on a Disney Plus cost Canada structure; you’re getting 12 months of streaming at CA$ 13.26 (US$ 9.99) per month, saving you roughly CA$ 31.83 (US$ 23.89) per year.

Is Disney Plus Canada Worth it? Absolutely, Yes!

With access to exclusive and highly-anticipated titles like Avengers, Hawkeye, Ecanto, and Eternals, Disney plus Canada is undoubtedly the best streaming platform out there. Disney Plus is a must-have if you’re a die-hard fan of the Marvel and Star Wars franchises!

The streaming giant has a pretty detailed and exciting lineup for Marvel Phase 4, including She-Hulk, Ms. Marvel, and Moon Knight. It also seems like Star Wars is all set to embrace the small screen, with a couple of shows scheduled to release on Disney+ in the upcoming years.

I hope this guide helps you decide to subscribe to Disney+ Canada. Moreover, with ExpressVPN, you can watch Disney Plus content restricted to the US, UK, and Australia to take full advantage of your subscription.

If you have anything, feel free to drop your thoughts in the comment section below.